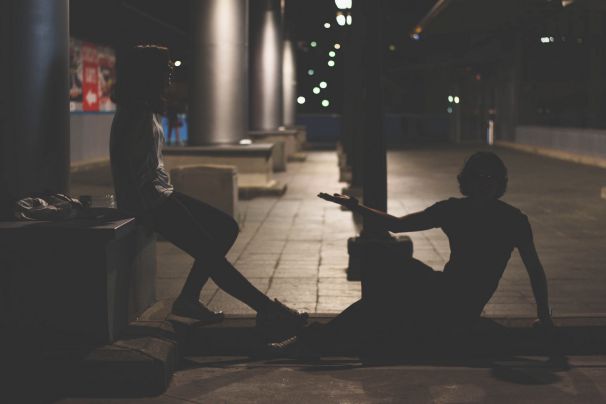 Like most girls who had just gotten out of school and stepped into college, the heavy intoxication of freedom was quite something for me as well. Be it the freedom to go to any place you wanted to visit during lunch hour or planning a quick movie with you girlfriends when you know classes for the day were cancelled to getting a chance to meet boys who weren't a part of your regular gang, it was all so sudden.

It was during one of these "heady times" that I happened to meet, well let's just call him Mr.H for now. And like any other smitten 20-year-old, I thought the world of him. With more than a decade of age gap between us, he seemed to come across as everything I would have wanted in a guy. Brilliant conversationalist, introduced me to a number of new things, passionate about so much, and such a charmer. The relationship took its natural course for awhile and we continued to date for over a year.

His possessive nature, which initially started off as being adorable, soon turned maniacal.

Initially, it was small things like wanting to know where I was at all times, which went on to slowly making me cut off from most of my friends and if I did have any close friends who were guys so help me God! He would take their numbers from my phone and call and abuse them. He refused to let me go on a college trip because he thought my girl friends were a "bad influence" on me.

Whenever we went out, he insisted on me sitting facing the wall so I couldn't see the people who would be coming in or going out. Midnight maniacal phone calls became all too common, where he would threaten to kill himself if I didn't stay on the phone with him listening to his rants all night long. After one such scare, I went over to confront him and he ended up making me stand outside in the rain for over an hour, till he was satisfied with my apologies.

Things finally got so ugly that my family had to intervene, trying to get me to cut him off. But, the idiot that I was at that point, clung onto him. This toxic relationship continued for almost a year and a half till it reached a culminating point where I could take no more.

I'm not sure whether to say it was divine intervention of some sort or maybe my senses finally prevailed, I eventually decided to break it off with Mr.H. He continued to harass me for a very long time after we called things off, but thankfully my family and friends (the handful that stuck by me despite it all) were there to help me.

And as of today, the biggest regret I have is not dating this guy because it made me way more careful in venturing out into the murky world of dating, but the fact that I lost most of what would have been the glorious times of my life. My college life. All because I decided to put up with this Psycho and his needs.