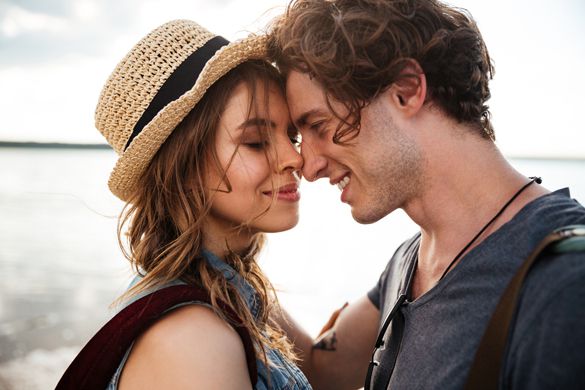 I had signed up on Tinder out of curiosity... to check how it works and all.

I deleted it within 5 days of installing it. I had put my Snapchat ID in my bio, so yeah, I got a lot of followers because of that.

One day, a guy approaches me on Snapchat. Let's call him Ben. He tells me about himself, about his work life and how much he likes me. He said it's like a hunch for him and that he wants to really date me. He tried convincing me for a lot of days.
I finally agreed to go on a date with him.

He said he wanted to keep the relationship casual since his first priority was his career and he did not want to get distracted. So, I agreed to it. There wasn't much of an interaction between us and I felt that there was no connection between us.

I felt an unknown guilt when giving him the chance to give me, my first kiss and first sexual experience.

I didn't believe in modern dating because personally, I was a girl who believed, in long-term emotional relationships and wanted to be in actual love with the person, who would give me my first kiss.

I had no confidence in his 'hunch'.

While all this was happening, another guy texts me on Instagram. Let's call him Tim. He used to text me daily, asking about my likes, dislikes and other things. Apparently, one day he loses his phone and thus, texts me through his friend's phone to inform me about it. I tell him to immediately mail the WhatsApp staff in order to deactivate his account and telling him how to do it so that no one can misuse his information.

From that day, we grew close.

We moved this conversation to Facebook. It then to this point, where he asked me to call him and wake him up in the morning, for office. We used to talk on the phone for hours. He badly wanted to meet me and so, he directly came to my college. I sent him back because it is hard for me, to suddenly meet people since I'm an introvert. The next day, he came again and this time, I caved into his request to meet. We kept talking for an hour on the road.

We Then started meeting daily.

He used to sneak out of office just to meet me, even though it meant getting scolded by his boss. I knew from the start that he liked me and had already told him about my casual relationship going on with Ben. While walking, he used to find excuses, just to hold my hand and I used to pull it back.

That difference kind of pulled me towards Tim and so we grew very close, to the point where we used to hug and he used to eat my half-eaten share of food. We planned to watch the movie La La Land, on the day of my last exam with his other two friends. I sat beside Tim during the movie, we intertwined our hands and didn't give even 1% of attention to the movie, as we are busy playing with each other.

I rested my head on his shoulder and he asked me "Can I kiss you?" I replied with a no. He kept asking the same question again, for like 10-15 times and I kept saying no. So when he asked again and I didn't reply, he kissed me and I kissed him back involuntarily.

I was like "What have I done?! I just cheated on Ben..." I felt angry at myself and at Tim, for making me do it. I refused to look at him and he kept saying sorry, on the entire journey home. I felt so guilty that I asked him to never contact me again and wrote a long ass message to him, as to why we shouldn't keep talking. He was shocked and terribly upset. He asked me not to break contact with him.

After talking for some time, I agreed to stay in touch with him and he promised he wouldn't do it again. Out of guilt, I asked Ben to end our relationship without telling him the actual reason. He agreed easily and only then did I realise that he was only in for the physical part. Thankfully, I had not reached sex stage with Ben.

The kiss made me think a lot, made me realise that I like Tim too much and wouldn't mind kissing him again.

So I made a situation such that I offered to meet him at his place, to watch his favourite movie '10 things I hate about you'.

He picked me up from my college and took me to his place. He made me watch the entire movie and then when the kissing scene appeared, he said "I'm gonna kiss you now" and starts kissing me.

It slowly turned into a passionate make out, followed by stripping off clothes and being a virgin no more.

At the end of our lovemaking, he said "I love you" for the first time and I reciprocated the same. That day, marked the beginning of our relationship. He is the best person I could have ever met. He is my best friend, mentor and lover - all in one.

Tim really proved the hunch that Ben lied about.

Share this story if you agree that there are no mistakes in the path of finding true love.