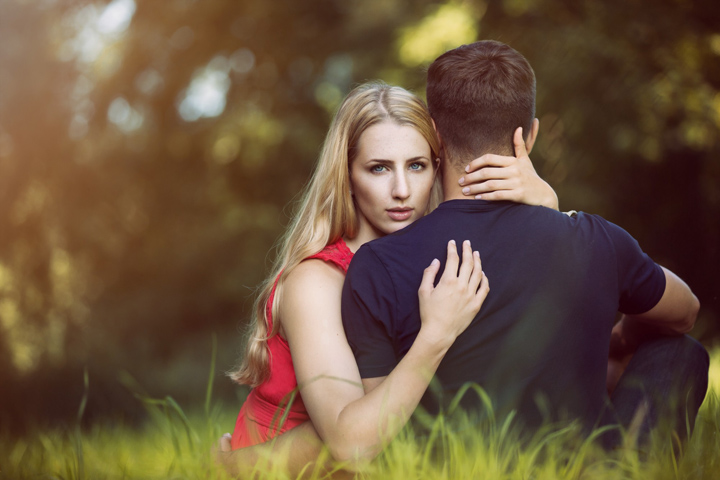 "Am I a bad person - a rapist or a murderer, that she will lodge a police complaint against me?” asked Abhi.

That was a shocking statement by a calm and composed guy to his elder sister Payal.

We don’t often know who is going through what tempest of life, though everything appears calm superficially.

On listening to him, Payal realised how deep he could fathom the matters of love and how seriously he took relationships. But she was helpless at his fate. She couldn’t say anything to their parents with the fear of mockery.

Often when you can’t express yourself, you feel more suffocated. And most of the times, you are afraid that everyone would never understand you and your situation because they were in your shoes.

But what about empathy? That’s an innate human trait which we are losing it gradually.

Everything was fine with Abhi, only if she (Simi) wouldn’t have entered his life and shook his world from within. He was a reserved guy, very much composed and stayed always in himself. His world comprised of office, gym, family, and a handful of friends.

Abhi and Simi were colleagues working in the same office but different departments. Simi was a soft-spoken person and pleasing in appearance.

She threw her first hint by always trying to catch his glimpses in between the work, multiple times a day. She ushered care and affection in her words and presence. He liked her attention and felt that he had found his love.

While marriage was in his mind; there was something different in hers. It was definitely not 'love' but didn’t know about lust either.

They spent time together; both came to office early and left the premise late. All they wanted was each other’s company.

Once his finger got badly bruised, Simi took care of him and did the dressing. In restaurants, at times, she even opted to pay the bill as a treat. He felt loved and cared about her.

The emptiness of his life was filled with her companionship and love.

One day, Abhi proposed her but she said she needed time to think. He waited, but unfortunately, she resigned from the office all of a sudden. On her last day, before leaving for home, Simi held his hand and proposed him back. She even kissed him and told him that there was nothing to worry about as they were committed with hearts.

She left for home after comforting him by saying that they would make it together.

Within 2 days, Simi proposed friendship as she was not in a position to commit because of her past unsuccessful relationships. He enquired about the act of proposal for love, to which she said that she was not denying but for that phase, she would prefer to be friends.

Though they were in two different offices, yet they met each other every day after office hours. She said she needed to convince her parents and again bargained with time. Of course, he was taken aback by her words but despite that he gifted her the time she needed.

But the fact was that she herself was not convinced and clear at heart and mind. There began her roller coaster ride for a month. She said she would propose by January 2017. Abhi waited, January came in and went away but she didn't propose. Instead, she wanted a breakup and gave a reason that she was not ready for this relationship owing to her bad experiences from the past.

He helplessly asked her about those days spent together and promises made for life. She calmly told him that it was her mistake, but they could still remain friends.

In simple words, after the drama got sidelined, he was friend zoned. But he didn't agree to it.

He didn’t know how to be a friend again with the person he loved desperately.

Then she sobbed a little and promised that she would continue with him at a condition that he deletes all of her messages. If he didn’t, then she would not keep any contact with him. Naturally, he complied.

Until the day when all the messages were not deleted, she addressed him as her better half and continued with all romantic dramas. Once it got deleted, she ghosted away and said that she didn’t want to continue, not even as friends.

The entire episode left him psychologically disturbed and he went into depression.

Abhi also consulted a psychiatrist and took medications for depression. It was obvious that he was devastated from within. Yet he tried to call her and send texts while urging her to come back in his life. It was then Simi warned him that if he made any further call or sent any text, then she would register a police complaint.

I wonder if the same had happened to a girl, then all the blame would have been put on the boy.

The irony is mostly we don’t empathise victims, but we often decide our sympathy based on the gender.

It has been more than a year now, and he is still trying to forget the nightmare. To fall in love again is his biggest fear and he completely forgot how to trust.

Well, is the story fiction or real? Does that matter? No! But to mention, it’s a real story and I don’t want to highlight their identities. There could be any Abhi falling prey to a Simi and also can’t deny the vice versa.

This story is not to discuss betrayal or failure in love, but to highlight the narcissist love.

To add, we often come across several stories of betrayal or abuse in relationships but seldom have we tried to look for the traits of narcissism, as we are unaware of it. So you need to educate yourself about the same.

June 1 is being celebrated as World Narcissistic Abuse Awareness Day. You must be aware of Narcissistic Personality Disorder.

Lack of such statistic in India doesn’t make us free of a narcissist. They exist among us, hidden and well masked.

You might face narcissism in any relationship and not only in the matters of the heart. A narcissist could be anybody - your sibling, parent, spouse, child, friend that can bear the trait.

They are very good emotional exploits, shifts blame, sow seeds of doubt, bombards with love and gradually devalue their victims.

The victims believe in their illusions; they mask their feelings so well that no one can see through it.

You do not realise that you are being abused by a narcissist but when you do, things are not the way as you wished and thus, you start questioning the flaws in you.

Researchers have found that the most important characteristics of NPD are grandiosity, seeking excessive admiration, and a lack of empathy. The narcissists often victimise people who take care of other’s happiness more than one’s own self. They go after people who trust easily or gets easily pleased, and who are ready to compromise for the comfort of others.

In short, people who are selfless, easy at heart, and simple at mind falls victim to a narcissist love.

Narcissist people are like slow poison, they gradually start affecting. The victims get disconnected from their own wants and desires. The victims start finding a flaw in themselves, starts questioning their own worth just like Abhi questioned to himself and his sister.

Are you too a victim of narcissist love? Share this story to spread awareness about Narcissistic Personality Disorder.

I’m free spirited, an ardent reader and a writer with love for photography. I write on various topics in reference to both men and women raising their concerns and at times with suggestive solutions