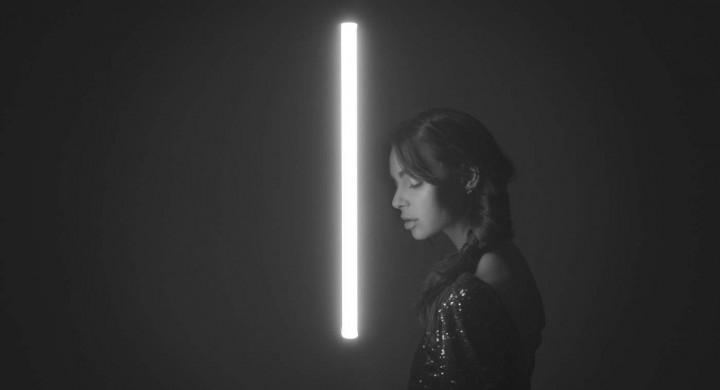 I know that already painted a picture in your head. But I'd like to introduce myself to you properly.
I am someone who's had crushes on a whole bunch of people, without actually falling in love with any of them. Instead, I waited for this inevitable little thing called 'marriage'.
My parents were in hot pursuit of a suitable match from my own city. I came to terms with the fact that I'll have to manage home and work, both. That's something I have to accept to make my dream of having a career come true. I was prepared for so much when I got married.

Just about a week after getting married, my in-laws started asking me for my salary. I told them that I had already discussed this issue with my husband before marriage. Besides, I was paying into a chit fund to meet some EMI costs.

I ensured that this was clear between us because I've seen too many marriages break-up because of financial misunderstandings.  I had the responsibility of helping my dad with a 2 lakh rupees loan, and my mother-in-law's priority was a set of gold bangles.
My father had pooled in every rupee he could get to arrange my marriage and present my dowry. He had to borrow money for any additional demand. He is also a heart patient, and now only my younger brother can take care of him.
I had asked my husband to give me 8000 rupees a month. I only needed 4000 rupees, and it's okay if you judge me for lying to him. I wanted to save the remaining so we can go on a surprise trip or something.
But now it seems like such a far-fetched idea. It was one week after I got married, that I refused to part with my salary. So my mother-in-law called up my parents and started abusing them.

"Did you raise your daughter just to dump her on us? Why won't she give us her salary?"

The very next day, I was organizing our luggage, and in my husband's suitcase, I found. a bunch of documents. I discovered that he was a smoker, his hair was not natural, and that his salary was thirty thousand a month (they had said it was fifty-five thousand).
Of all the things, I was most upset about the smoking. My whole life, I knew I had to go for an arranged marriage. I only wanted a guy who doesn't smoke or drink. I wouldn't mind if he brought home another wife, but I couldn't live with the smoking and drinking habit. I had dreamt of having a nice husband. All of that was shattered. I didn't have the heart to read the full medical reports. I immediately went back to my parents' house.

My mother spoke to me and pointed out that the reports were 5 years old. She said that maybe he doesn't have the same habit now. I went back to my husband.

For three months, he gave me the 8000 rupees as promised. Then he started abusing me because he said his family was not okay with him giving me money. I asked him why he'd agreed to support me in the first place if he needed his family's consent for everything. He asked me to pay it myself. I had to give up having coffee and snacks in the office to make ends meet. He knew about it and didn't care.
Meanwhile, I was running the household since the beginning. He would only buy vegetables for the home and say that the remaining money was going to repay loans that they borrowed for the wedding. In my thirty-five thousand salary, I paid the rent, bought the groceries, paid for all utilities, paid the EMIs and gave him money to spend.
In the next three months, his parents started insisting on some household upgrades. My parents had given me all sorts of furniture for my dowry. This time they wanted a TV. My husband couldn't get financing for the TV because of his poor credit score. So I took another loan to buy a 44 inch TV. They refused to have a 32 inch TV. His parents were always complaining about the things that my parents bought for us. The criticism never stopped, even as we were out shopping for new things.
So far, my whole marriage story became about money. But what about love, right?
Before our marriage, my husband used to keep complaining that his phone wasn't working and he kept saying that he had to plan to buy a new one. Ten days before the wedding, on his birthday, I gifted him a mobile phone and said, "I love you," and for the next 3-4 days, I was the one who kept saying "I love you". He asked me why I was telling him that every day, so I stopped.
Five months after getting married, he had not ever spoken to me once with either love or at least lust. The entire time, he had lied to me about his salary, health, pretty much everything. I was getting verbally abused all the time. And in five months, he asked me to leave the house. I was fed up of his behaviour.

My father had not got any background checks done on him and he had not allowed me to do it either. We agreed to this marriage on good faith. Even when they behaved rudely with us, my father took it because we were the girl's family, after all.

This continued in the marriage. I was the only person spending on any and all household expenses. His mother controlled everything to the smallest level. I am a very proactive girl and show my attitude if people are bad with me. So after one month, I thought to do the same with my in-laws. But my friends advised me against it.
"For one year, if you can be the 'good' daughter-in-law, your husband will love you and understand you. The abuses to you and your family will stop," they said.
Initially, he abused me for money, then he began abusing me for the way I dress and what I cook. I'm a software professional and I always dress decently. But my husband kept saying that I dressed like a maid. I was really disappointed with those words. Even maids are human beings and I could never think of talking to them like that.
I asked him to buy me dresses that he liked, and obviously, that never happened. We don't live like husband and wife, not even like friends. He just talks to me about my salary and money, that's it. He never talks about anything else, and we never had sex.
One of my friends said that he might be shy and I should initiate. The first time I tried after a month of marriage, he ignored me and fell asleep. I tried again, same thing. I kept trying all the weekends and all the time I could find appropriate. He would slap my hand away, turn around and sleep.
Six months after the marriage, his mother said I should transfer my entire salary to her account. I objected. I was spending all my money on this family only, and I wasn't even saving anything. I didn't see how this was even remotely justified. It turned into a big fight and I didn't eat for two days. My sodium levels dropped and I was admitted to the hospital. My brother came to take care of me because nobody else in my husband's family would.
My brother realized this was a matter for the elders and took me home. For 15 days, my husband didn't talk to me. Didn't take my calls. Didn't reply to my messages. Finally, when he did, he said he doesn't want a wife who can't cook well, dress well, and respect elders.
I told him that I cook just fine, he should find me the clothes he likes to see on me, and what about the way I get disrespected? So he said, "See how you talk? Why should I suffer with a wife like you?", and apparently that's the reason why he doesn't want to have sex with me.

When my uncle finally intervened, my husband admitted that he was gay. His family came back and changed the story and said he's diabetic. And because he was diabetic, he wasn't interested in sex. My uncle still couldn't understand how a newly married man was able to stay away from his wife.

It has been another 6 months until then. My in-laws want 20 lakh rupees and my one year's salary as compensation for my harassment to them. I know that finally, after all that I gave up, the love I created in my own mind to belong to their family, was all a hoax. All they wanted was a guinea pig to ship off their gay son to and leech money from.

The divorce is happening. I don't know where my life will go from here. I don't know if a happy person will love and accept a divorcee. All I know is that my heart is broken, and I'm exhausted, but I don't have to live that life any more.

Cheers to 40 Years of Friendship!