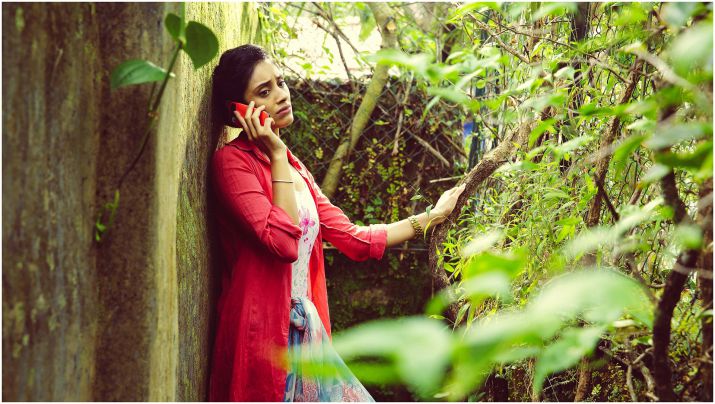 I belong to a family which is neither very modern nor very traditional. My father is strict. But my mother always took the risk of making my father angry and gave us the freedom to do what we wanted.

I was the youngest amongst my siblings so obviously, I was the most modern of them all.

I wore short dresses, pretty skirts, spaghetti straps, shrugs etc. with élan. My father always had a problem with my dress sense but nobody gave him a choice in the matter so he had to accept me the way I was.

He often said, “You don’t value things because you get them so easily!”

I never understood the meaning of his words because I always had all that I needed. I realized the worth of that statement much later and in a very different and shocking manner. I got married to my husband three years back. It was an arranged marriage. We met each other on a matrimonial website. We then chatted with each other on social media and spent two months getting to know each other.

When we were sure that we would get along well with each other we decided to involve our parents.

Our parents felt happy when they all met one another. When I met my in-laws for the very first time I understood just one thing.

They were not all that educated but were very loving in nature.

My life changed for the better when we got married. I was very happy to find a life partner who loved me to the core and cared so much for me. He supported me in every little thing that I did. We shared a lovely bond with each other and understood each other very well. My in-laws too were great human beings.

But I was really annoyed and shocked by this incident.  All newlywed couples had to follow a custom in my husband’s family.  We had to perform a ritual at his native place. We reached his native place after making all the arrangements for the ‘puja’. We were all tired after the 12-hour journey. We were supposed to perform the ‘puja’ on the next day.

But when I woke up in the morning I realized that I had got my menses. I was really upset by this because now I had to wait for an entire year to perform this ‘puja’.

I told my mother-in-law about it but little did I know that I was going to get the biggest shock of my life.

When I told her that I had got my menses, she immediately took a few steps away from me.

She instructed me not to touch anything around the home. I was not supposed to enter the kitchen, hall or bedroom. She asked me to sit on a chair which was kept outside the entrance of our home.

I was traumatized for a few moments.

She then instructed me not to touch anyone including my husband. I could not touch or take anything that I wanted. I would be given everything but from a distance. If I touched something no one else would touch it again. I was so traumatized by the whole thing that I did not even realize that tears were flowing down my cheeks.

I felt as if I was an untouchable.

I felt as if it was a crime to get my menses though I knew that all normal women get it every month.

What was my fault in this whole thing?

Why did I need to undergo so much torture and bear this kind of filthy behaviour? When my husband came near me, my mother-in-law asked him to stay at a distance from me. I had expected my husband to oppose this. I thought he would stand by me.

But I was shocked when he obeyed his mother’s words.

I immediately decided that I couldn’t stay there for even a minute longer. I told my husband to drop me at the station so that I could board a train to my native place which was just 5 hours away from his native place. I told him that I could not live like this. I told him that his parents still treated menses as a taboo and that their thoughts were very outdated.  I was finding it difficult to breathe there.

I didn’t care about what my in-laws thought about me. I knew that I had to stand up for myself and I did just that.

I was surprised when my husband supported me and told his mother that such things were compulsory only in their native place and I was not bound to follow such things in our house when we returned home. He told his mother that I had not been brought up this way and he was not going to force me to follow all these ridiculous customs and traditions. He held my hand and told me not to worry. He consoled me and told me that I didn’t need to stay there if his mom wanted me to follow all these absurd customs. He helped me pack my bags and dropped me to the station. He told me that he would come to my native place within a day because he needed to finish the work that he had in native place.

I was so relieved when he said this. I was finally able to breathe.

That is what I love the most about my husband. He stands by me and supports my decisions because he understands my thoughts. But the sad part of it all is that this custom is still followed in his native place.

I am still not allowed to go there when I have my menses. I hope I am able to change the mentality of the people there someday. I will never treat my daughter-in-law or anyone else for that matter in this absurd way in the name of traditions and customs.

Not all customs are absurd or outdated. We don’t understand all the rituals that are performed when we get married. Yet we follow them because some customs have a symbolic/intangible/spiritual meaning behind them. But some customs are outdated and we do need to outgrow them. Let’s share this story and understand things from our seniors’ perspective first. They’ve been following such customs for decades. Let’s gently help them outgrow their outdated beliefs. Don’t you think they will support us when they understand us?