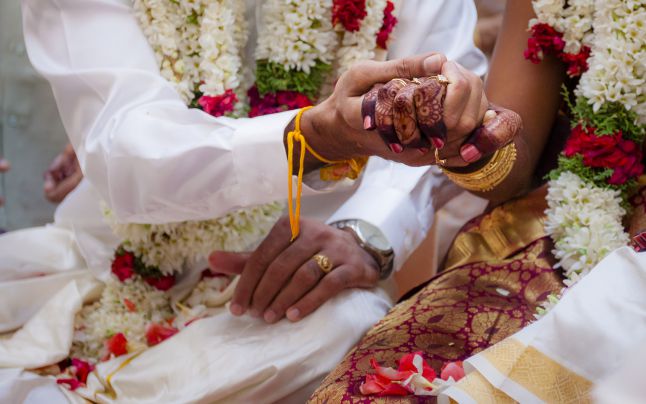 I’ve been brought up as a pampered daughter. Being the only child, I’ve not been allowed to go for sleepovers to any of relative’s homes, which created a distance between my relatives and me. I was a good student and had a handful of friends with whom I would spend my free time with.

I was either in school, college or being protected at home: that’s all my life seemed to be.

I never had a boyfriend, because I was never allowed to go out to the movies or sleepovers with friends, so chances of getting to know someone was far from easy. I know the logical solution here would be to talk to them, but this wasn’t a step that I could take. All our conversations would turn into loud arguments, so I soon decided to simply let it go.

I began sinking into depression. And this, of course, went unnoticed by both my friends and family members. All of this turned into a viscous cycle and left me feeling frustrated and irritable. On top of this, my parents began calling me “abnormal”, sometimes I felt like asking them, “Why do you think I’ve turned out like this?!” But of course, I kept my mouth shut and began slipping away from my family.

During this time, I began talking to a guy from my class. We connected instantly. He saw through my façade and knew that I needed saving. And he saved me. With every word he spoke, I fell for him, harder than I ever imagined I would. And so, when he asked me out, there was no doubt in my mind as I said yes.

I’ve been struggling all my life to find someone who loves and cherishes me the way he does. To be with someone who understands me, without me saying a word.

However, I didn’t tell my parents about us, at least not just then. It took me a while to convince them to meet him. But they did. We were ecstatic!

Of course, we were counting our chickens well before they hatched. My parents were adamant that this wasn’t going to work. They were never going to approve of our union. Their reason was that he doesn’t match our family’s status.

And just like that, one day, I decided to follow my heart. And I picked him. It seemed so strange, that it took me this long to even make a decision. I loved him. I wouldn’t ever leave someone like him for a family that couldn’t take a second to get to know me. I decided to talk to my family, one last time. Without even a second glance at me, or asking me what I wanted from my life, they said no, again.

And that’s when I knew that I was going to take one of the most daring steps of my life. I told him that I was ready to leave everything, everyone, and life a happy, independent life, one that had him in it. Where he would be my husband. We registered our marriage and followed it with a temple wedding.

I’m out of depression, by the way. I’m in a great relationship with him, and his family has accepted me as one of their own. It seems like there are happy days ahead of me, and I can’t believe that this decision, the one to be happy, has always been in my hands.

Share this story, to remind everyone that your happiness, should be your choice.

Also Found in indian parents , love marriage , happily ever after .