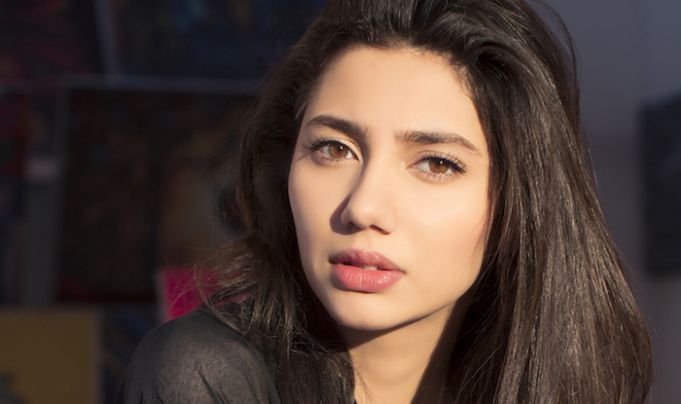 My father abandoned my mother when she was expecting me. She decided to go ahead with the pregnancy and have me. I have always been loved a lot by my maternal family. They gave me everything in this world, that was needed to keep me happy. I grew up in a Muslim neighbourhood, but my family was quite liberal. I am myself very liberal-minded, as I grew up in a progressive Muslim family. However, things are not always the way they seem. In mid-2000, Orkut was a craze. Everyone was on it and the era of social media had just started. I met the love of my life on Orkut. He is from a small city in Haryana and I am from Mumbai.

He sent me a friend request and it all started from there. We would talk endlessly, and he eventually confessed to me that he loves me.

I wasn't too sure about the future of this relationship since he is a Sikh and I'm a Muslim. He was not ready to listen to a 'No' and he kept trying to convince me. I decided to meet him before taking a decision. I travelled all the way to Delhi to meet him. Trust me when I say that I knew he was the one the moment I saw him for the first time. I still remember his beautiful smile and the innocence on his face. I fell in love with him. I was totally crazy about him and spent a week with him in Delhi.

I knew this was the forever kind of love. He was all that I wanted in a man. He seemed like the most chivalrous, caring and loving man I had ever met. Little did I know that my happiness was short-lived.

After two years of the relationship, I had to move to London for my masters. He didn't want me to go away but I had to, for a better future. We decided that we'll get married after I finish my masters. So, he finally gave in and agreed to let me go. I introduced him to my mother and she loved him. He was a beautiful soul with a clean and pure heart. No one could ever dislike him. I was living my dream life. I thought my life was sorted now that my mother had given a green signal. He came to Mumbai and stayed with us at our home a week before I was flying to London. On the day I was leaving, he came to see me off at the airport. Unfortunately, my maternal uncle was also there at the airport and he saw my boyfriend there. He informed everyone in my family including my distant relatives that I am dating a non-Muslim. I was supposed to stay with another uncle of mine after reaching London. So, when I reached London, I didn't know what had happened behind my back and that every move of mine was being tracked.

In my absence, my uncle and his wife used to check my laptop and gather evidences against me. They used these evidences to malign my character to the family.

They would not allow me to talk on the phone or go out as per my convenience. I had to take permission from them for everything. But that's not the sad part, the sad part is my uncle who was doing all these things himself had married a Hindu. Then why were the rules different for me? Just because I am a girl? Apparently, a girl doesn't have the right to fall in love and choose her partner. I so hate the patriarchal system of Indian society. I felt as if I am naked and I have no personal life. My uncle shared all my personal emails and pictures with my boyfriend, with the whole family. Those things still haunt me.

My sexual life was discussed publicly. Somehow, I managed to spend a year there, but it was the worst phase of my life. After I got back to India, my uncles started threatening my boyfriend and me.

They wanted us to end our relationship otherwise they would kill us. I was shaken when I heard these words. They could kill me just because I loved someone? Is religion more important than my life? I was totally devastated but still didn't leave my boyfriend. We both were going strong and nothing on this earth could break us. Sadly, life is never easy, and people change. Nothing lasts forever. After being together for five years with my man, we decided to call it quits by mutual consent. It was a very tough decision for me since I knew I would never get a guy like him. His mother tore us apart.

She didn't want a Muslim daughter-in-law. She did everything she could to break our relationship. My man was perfect in every way but he was not a strong individual like me. He gave in to his mom's demands and got manipulated by her emotional drama.

He couldn't take a stand for our relationship. I did everything to convince him, but he wanted more time and he kept delaying the marriage. I had already invested a lot in this relationship and I didn't have the courage to do more because I knew I'll end up losing everything. I decided to go ahead with an arranged marriage. I thought that life will improve after marriage and I'll feel secure, but I was wrong. My husband and I are poles apart. We fight a lot and there's no compatibility. I compare him with my ex on each and everything. I still miss my ex-boyfriend, physically and emotionally. I am deprived of love and I am craving for the kind of love that my ex gave me. I know this is emotional cheating, but I can’t help myself. I promise myself every day that I won’t think about my past, but my past keeps haunting me.

I just can’t get over my ex.

He meant more to me than my family and today I've lost him for something as trivial as religion. I'll never forgive our families. I hate them all. They destroyed a beautiful relationship because of religion. If God exists than that God won't ever forgive them. My life is miserable because some people wanted control over it. To sum it all up, my past experiences have made me an atheist and I no longer believe in any religion. Humanity is the only religion for me. Another lesson that I've learnt from my failed relationships is that it is a sin to be born as a girl in Indian society as Indian men can do anything they wish to, but a woman is only meant to be dictated.

Fortunately, I am not the kind of woman who can be controlled. I make my own decisions and will do so forever.

Ladies and gentlemen, if you love someone then always stand up for the person, and fight to be with them forever. Always remember that Love is the only religion. Rest all is crap.

Share this story if you believe that nothing is more heartbreaking than letting go of a person, place or thing that you deeply love.

Also Found in Indian Society , Love , Relationships , heartbreak , the one who got away , indian parents .