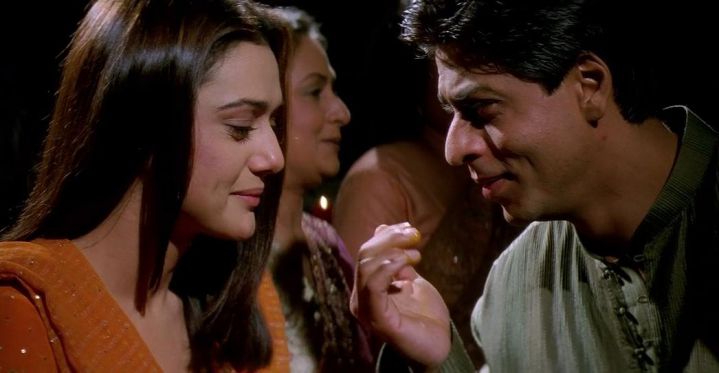 I do have a fairy tale story which did not end like one. This was in about 2005. I used to be a very average looking girl, slim (unexceptionally) and extremely shy. I had braces until my first year of undergrad. I had many male friends in school as well as in college. Many boys proposed to me in college but I never said yes to any of them as I never looked at them that way. I too had a massive crush on this guy named Nishchay Bhatia (Handsome he was) but I never really fell in love with him. Then, entered Eshaan in my life. I met him during my 2 month training period in Mohali. I am a B.Tech graduate. I will not consider it as love at first sight because I never really saw him, his face was covered in acne. He approached me and would talk to me like a normal friend. We do not even have a picture together. Slowly, we started communicating about each and everything on Whatsapp, Facebook, Mails etc.

My day started with his messages and ended with talking to him.

I soon realized I had fallen heads over heels in love with him. From the way he used to discuss every single detail of his day with me, I also thought he loved me in the same way. He then confessed to me slowly that his best friend had proposed to him and he said yes to her. My world came crashing down in a moment. I had many sleepless nights thinking about him and making stories in my head. Eventually, they broke up and it gave me immense happiness because this meant that he could be mine now. We were chatting one day on FB and I confessed my feelings to him. He also confessed the same to me. I was on cloud nine! I started dreaming about my life with him. We would make plans on how it should be and all.

FYI, we live in different cities so it was a long distance relationship.

We could not meet each other very often. Then came my marriageable age and my parents started looking for a suitable match for me. Every time I asked him to discuss our relationship with his parents, he very conveniently made his way out. My chats with him reduced considerably as our fights overtook our love. I remember once he was telling me about how I was hurting his space as he could not reply to my messages all the time.

He left me saying he was unable to convince his parents about us because of religious issues, me being a Sikh and he being a Hindu.

God bless you always with lots of happiness (with or without me doesn't matter). You are my first love and always will be!