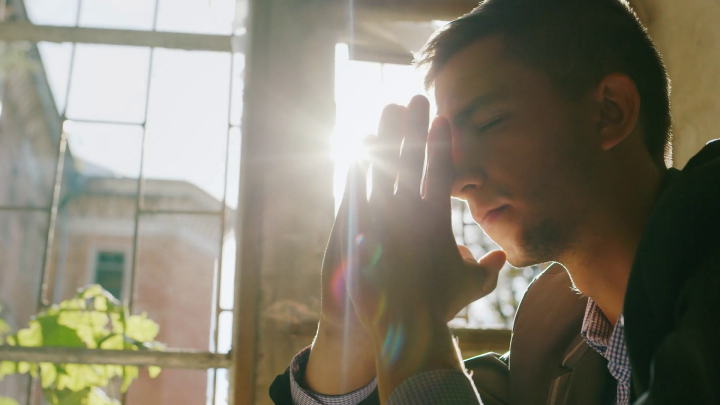 I was in love with a Muslim girl. She was my first love. Perhaps she will be my last love too. I do not know. I was in the final year of my engineering. I was an alcoholic and used to drink once in a week. Our college had two branches. She was studying in the women’s college of engineering and technology.

I knew she had a crush on me. I too liked her. But I was a Hindu boy and she was a Muslim girl. I knew our religious differences might create problems later on. I never paid any attention to her because I knew she was a decent girl and I was not her type. I wanted to be in a relationship but only in the kind that was long-lasting. So I kept my distance from her.

During the Dushera holidays, all my friends had gone home. Only my best friend and I had decided to forego a trip to our hometowns. I was online on Facebook one day when I noticed that she too was online. She was my junior in college. I knew that she and her friends respected me a lot. I had never been in any kind of a relationship before.

But that day I had been drinking again. So I was not completely sober. When I found her online, I chatted with her for a long time. I knew it was my last year of college. I also knew she had a crush on me. I thought of proposing to her. So I proposed to her. I suddenly realized what I had done. I told her that I was sorry and I shouldn’t have talked like that. But then she said, “You did not even bother to know my answer!”

That was how our love story began. I had never felt anything like this for anyone else before. For three years I thought she was the best thing that had happened to me. I had never given so much importance to anyone else in my life so far. It was a new kind of a feeling for me.

She was the most adorable woman I had ever met in my life. She was innocent, beautiful and understanding. She cried for me during my bad times and prayed for me when I was in need of a job.

She was the happiest person on the day I got my first job. After I finished college, I had to go to Bangalore to search for a job. I had not got any job offers in the campus interviews. But she motivated me throughout this phase. Now, I was really in love with her. I was ready to give up everything for her. But first I wanted to focus on getting a good job. I knew that I would be able to convince my parents about getting married to her only if I earned a decent income. Luckily I got a better job in a good company in Chennai after two months.

She was so happy for me that day that she behaved like an idiot!

A year later, she too had to go to Bangalore in search of a job. We both met whenever we could and had our fair share of fights which was normal in any relationship. But we both knew that we could never stop talking to each other. So one of us would always apologize first and clarify things. We knew we were just two bodies with a single soul.

I made it a point to be with her on her birthday. I went to Bangalore and went out of the way to make her birthday extra special for her. Somehow I had a feeling that this would be my last chance to celebrate her birthday with her. I was right. I had to return to Chennai after that. After a few days, I came to know that she had talked about me to her mother. Her mother had refused to accept me and said, "How will you survive in a Hindu family and follow all their traditions?"

When she told me about it, I thought it would be better if we separated because I did not want to cause her any pain. She was the most innocent soul I had ever met. I told her that we should stop talking to each other otherwise things would become difficult for both of us.

After 3 or 4 days, I realized that I could survive without talking to her. I messaged her and talked to her over the phone. She cried and I wanted to hug her but I couldn’t do anything. One fine day, she called me and told me that she would not talk to me after that day. From that day onwards she never spoke to me.

After that day, I started getting some calls over VoIP. I would always take all those calls but no one would answer me from the other end. One day, when I woke up in the morning and tried to check my email, I saw a message which said, ‘Your Gmail account has been changed last night.’ I was shocked. I changed my email password again using my recovery email.

When I finally got access to my Gmail, I noticed that someone had tried to access my Facebook account as well using my Gmail. In the meantime, I continued to receive the calls from the same numbers over VoIP. I started blocking all the numbers. One day I got a call from a UAE number. I knew the call was from the same person. I picked up the call and asked him to speak up. But there was no reply. He called me again. I asked him the same question and again there was no reply.

By now I guessed who the person could be. There is a function in the messenger services of all phones. If we register our number on Facebook and then call someone from that number, all our contacts become available on the messenger services of that person's phone. The same thing was happening on my phone too. I saw his name on the list of my contacts in my messenger. I messaged him and asked him what he wanted. I also asked him why he had tried to gain access to my Facebook and Gmail account. He said, "I have got all the information that I wanted from your Facebook and Gmail account. I will not disturb you again. Don’t try to contact me.” Several such things happened but I never got a chance to talk to her.

One day I came to know that someone was sending her emails in my name and was blackmailing her. And she believed that I was doing this to her. I got a chance to talk to her after 8 months. I convinced her and told her that I was not doing such things. We lost touch with each other again after this.

It was her birthday again. I was quite happy for her that day and a little sad too that I could not wish her personally. I was blocked on WhatsApp, Facebook and her phone as well.

While going to my office, my friend Saurav asked me if I was blackmailing that girl. I asked him why he was asking me such a ridiculous question. He said, “She still thinks like that.”

She had sent a message to one of our friends in which she said, “Us insaan ke kaano tak ye baat pahucha dena ki agar usne mujhe mail karna band nahee kiyaa to usko me police se ghaseet ghaseet ke pitwaongi.”

That day I realized that people change. The person who used to tell me that she trusted me more than anyone else in this world did not trust me anymore.

I really don't know who was sending her all those emails. But I really learnt something that day - we should never believe anyone in our life except our family. I talked about her to my family and convinced them that they would never meet her or talk to her. But they really liked her because she had such an innocent appearance.  This girl would always say, “Aap pehle apne ghar me mat batana. Pehle mujhe mere ghar me batane dena.”  I think she never talked about me to her parents.

If you are reading this, I have only two questions for you: “Why did you do this to me? You knew we were never going to be together. Then why did you play such games with me? You knew very well that I was not sending those emails to you. I was the one who had suggested that you complain to the police and file an FIR.

Instead of doing that, you blamed me for everything. Are you happy now? Now no one will blame you for leaving me. Ab tum sabse keh sakti ho ki," He was a jerk. That is why I left him." Right?

By the way, it has been two years now since we separated. She has been married for around a year now. I believe that one day she will surely come to know the truth. She will then search for me so that she can apologize. But I will be busy leading my life happily. Yes, the girl I loved the most is the girl I hate the most now.

Often we love a person so very much that we cannot imagine living our lives without them. Perhaps at such times, we lose our emotional balance and end up hurting the person we love the most. Time heals. Slowly. Surely. Please share this mature young man’s story so that his faith in a beautiful concept called love is restored.