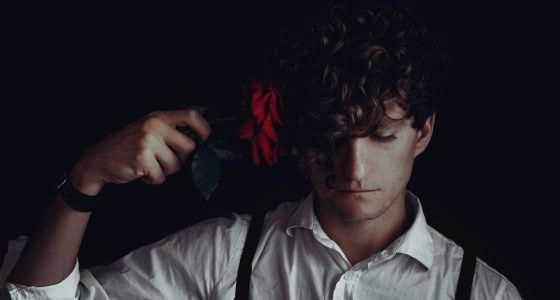 We crib for getting older whenever we realize that our childhood was much more beautiful than the present. And especially, when it comes to assignments. It was then when my friends and I felt a need for a break from the routine. We wanted to hang out in an unusual place. After an hour’s debate, we decided to go to Kadlekayi Parishe. It is one of the biggest fares in Namma Bengaluru.

Getting a parking space in my city is like getting water in the desert.

After a hard struggle, I managed to park my bike three kilometres away from the fare and started to walk. It was the playground of a college. I joined my friends in the fare. I noticed one thing there which made me freeze for a second. A kid of probably 5-6 years of age inhaling to the fullest extent as if her lungs would burst out in few seconds and blew hard on the soap bubbles.

One of the bubbles came up to me and burst out. It caused irritation to my eyes. I closed my eyes.

My mind went back to my degree days. The time when life was fun-filled since I was deeply in love with my classmate also to be my soul mate. Even she loved me to the core. There was not a single day where we didn’t talk to each other. She loved visiting fares. So did me. Kadlekayi Parishe was our favorite among all.

Every year we used to visit without fail like a ritual. And we never missed buying two things. One was groundnuts and other was soap bubbles.

She used to like it so much. And probably, because she could irritate me by blowing it right on my face.

It was mid of November 2015. She was running out of time for college. It had rained heavily since the previous night. She put her jacket and started for college. It was around 7:55 AM. She was in a hurry to reach the college.

She: Good morning, have a nice day.
Me: Good morning. Get me breakfast from home. I’ll be waiting. Come early at least today.
She: Hmmm, yeah sure! It’s your favorite breakfast at my home. Keep waiting for it.
Me: It’s raining; do wear that jacket at least today.
She: Ummm. I want to keep it safe since you have gifted. Anyway, I’ll wear it today as you are asking me to wear it since the day you gifted me.
Me: Okay. Bye. Take care.
She: Bye.

It was already 8:05. Hardly 10 minutes for my class to begin. I made a call from my mobile.

“Future”- the name popped on my mobile display. I hid a smile and spoke in a flat tone.

“Where are you still?” I asked. “Coming, on the way,” she shouted. I learnt that she was riding. Before I could talk, I heard a screeching sound in the background.

The Mysore road was fully wet. A girl in a Nike jacket on a white Activa was riding at fullest possible speed. She removed her helmet while riding from one hand and placed it on one handle and with the same hand she tried to answer a call in her cell phone. A cab which overtook her at high speed from her left took a sudden right turn in order to avoid a hole and hit her. She applied the brake in her right hand which was, unfortunately, the front brake, leading the moped to skid. Five minutes later people gathered around her.

The hair I blew from behind was drenched in blood. A stone had pierced her head. The hand which I held and walked for miles was terribly scratched. The lips which blew bubbles at fares were asking for water. The breakfast which was carried for me was spilt over the road. Finally, the eyes which I admired the most were shut forever.

The jacket which I had gifted on her birthday was worn by her on her last day.

The kid who blew bubbles was watching me like a student who had not completed her assignment. I gave a smile and was about to brush her hair. “Anvitha,” her mother shouted her name and started reprimanding her for blowing bubbles at me. I felt someone patting on my shoulder. It was my friend holding three plates of samosas. I bid a bye to her and turned around.

The sun was on the horizon. I was supposed to walk back 3 km to get my bike. All my friends left. I walked back alone through the busy street. Walking alone is not difficult. But when you had walked a distance with someone, returning alone is difficult. I finally reached the gate of the playground. It was around 6:55 PM. A cool breeze hit my face. The trees made the rustling sound. A street lamp was lit at the other end of the playground where I had parked my bike. I looked at the sky. It was getting darker. The sun had disappeared. The sky seemed reddish-orange in colour. It seemed as if someone has spilt the paint to the sky. The sky was waiting for the moon. “Anvitha” my lips spelled that name again. There was a teardrop at the edge of my eye. I couldn’t find out whether it was for the breeze or the memories of my Anvitha.

The sun in my life had disappeared. But its traces are still lying in my life with a hope to see the moon sooner.

Kadlekayi Parishe for kids means toys; for households, it means shopping; for foodies, it means chats; and for spiritual people, it means a festival. And for many others, it means a simple fare like any other. But for me, it means a bunch of memories.

There's no greater pain than losing your dear ones. Share this story if you know how it feels.