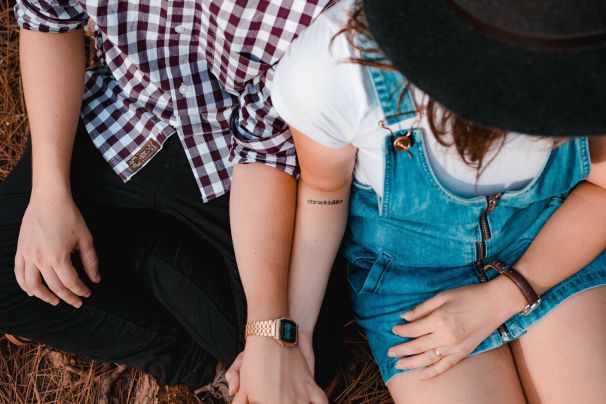 Love happened to me when I was least expecting it. And that is when I knew that it was for real.

I had lost faith in relationships. But then one day, my best friend forced me to join Tinder. That is when I met him for the first time.

My ex-boyfriend lived in a different city. We rarely met but I was happy with the way things were between us. We both followed different religions but it never affected our relationship in any way. But one day, he told me that his sister was forcing him to marry someone else from their community. He then told me that it was difficult for him to deny her request.

I was totally in love with him and when he told me this, I lost faith in all kinds of relationships. I was depressed and started avoiding my friends and family. I was not able to concentrate on my work also during this time.

My life had literally become a living hell. I started consuming excessive amounts of alcohol and even had suicidal thoughts.

It was at this time that my best friend tried talking me out of it. He forced me to join Tinder and my life changed for the better after that.

Yes, I met my love on Tinder! I had installed the app and on the second day itself, I got a super like from him.

I right swiped him too and soon we couldn’t stop talking.

He even asked me out to dinner. But I was very scared to meet him as I had never been on a date with a stranger before.

Despite giving him tons of excuses, he managed to convince me that I should meet him.

Our first date was amazing. He was funny and made me feel so comfortable in his company that I forgot that I was meeting him for the first time. He told me that he enjoyed talking to me.

He was interested in knowing me as a person.

He even introduced me to his friends that evening. Thereafter, we continued talking over the phone and discussed our lives. After a few days, we met again and he confessed his feelings for me.

I was scared to see that our relationship was taking a serious turn now. So I did not give him an answer.

He understood my concerns and helped me overcome them. Days turned into weeks and he made me feel so comfortable that I started sharing all my fears and secrets with him. I had never shared all these things with anyone else so far. It was then that I realized how genuine his feelings for me were. I too had started liking him by now.

Men like him were rare to find and I realized that if I let him go it would be the biggest mistake of my life.

We met again one evening and I told him, “Yes” when he proposed to me. My life has changed after that. We have been in this relationship for almost five months as of now and there has not been a single day when I have regretted meeting him or felt sad after interacting with him.

We do fight sometimes. But those fights have only got us closer to each other. He has changed my perception of love for the better. He has made me realize that a woman is as important in a relationship as a man. He supports me in my professional struggles and loves me for who I am. I found him when I had lost all hope about love and that is the beauty of our relationship. I had no expectations from him when I met him the first time.

But he made me believe in love again with his innocent little efforts.

When love goes haywire, we tend to close the doors of our heart forever. The pain can really leave ugly scars on our souls that linger for ages. But someone somewhere will enter our lives sometime and knock down every single barrier that we have created around our hearts. That is how magical love always is. Let’s share this lovely story because we all need to have more faith in love.