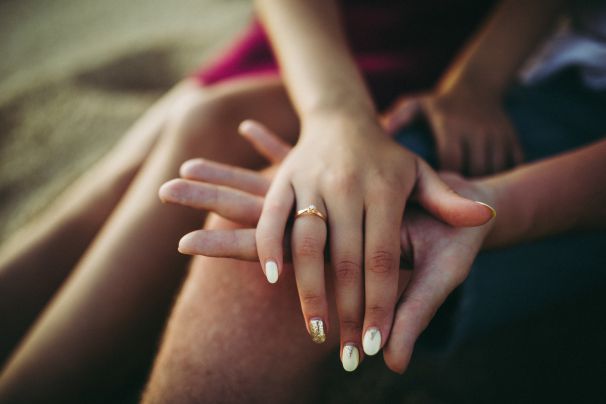 This is the story of my marriage; of how my husband supported me despite his own struggles. We got married when I was 27 years old, and my husband, he was still finding his footing in his career. He was the man of my dreams and being with him, that was all I wanted.

My husband quit a steady job in 2010 (while we were still only dating) because he wanted to start something of his own. Unlike his family, I supported him in every way I could. His parents, on the other hand, they were worried about what society would think of him, or worse, their upbringing and constantly taunted him about his career.

But, as someone who truly believes in God and the miracle of prayers, I told him that we would push through this and it would be alright.

When we got married in 2012, it was the toughest phase for us, my father didn’t attend my wedding because he never accepted us and even though it was the happiest day of my life, I was emotionally distraught.

My husband held me then, and till now, is my greatest supporter, and I, his.

We invited girls from an orphanage to come for the wedding and played Christian music. I felt that day was extremely sacred. But our troubles didn’t stop there. The truest test of my love for him began when his mother started spreading rumours of my family around our neighbourhood. I felt like I was meant to be on my toes to satisfy her every whim and fancy.

Since we had difficulties with our finances, I had to answer to her, do all the household work and listen to her incessant taunts.

This continued for over two years, but my husband was my outlet and would take me out for walks or bike rides, where I would yell out my frustration. But it was back in his soothing arms that I would find the strength to go back and endure my mother-in-law.

Soon, I found out I was pregnant, and what really tipped my patience over, was when his mother refused to hire a maid as she believed I was there to handle all the chores. And this is when one day, my husband took a very bold step.

And it is definitely the reason I am so, so proud of him. All his hard work and determination finally amounted to him standing up to his family and telling them that we were leaving.

Before anyone could say anything, we had shifted into our new house and were not the ‘underdogs’ anymore. My beloved husband has also helped me start English speaking classes and a playgroup for kids.

I have received the best gifts from God; my husband and my daughter, and today, we are living a life that is sufficient and perfect for our family to be content for years to follow.

Share this story, to remind people that marriage is not just a bond of love and a promise of togetherness, it's about holding on and supporting each other when the ride gets tough too!