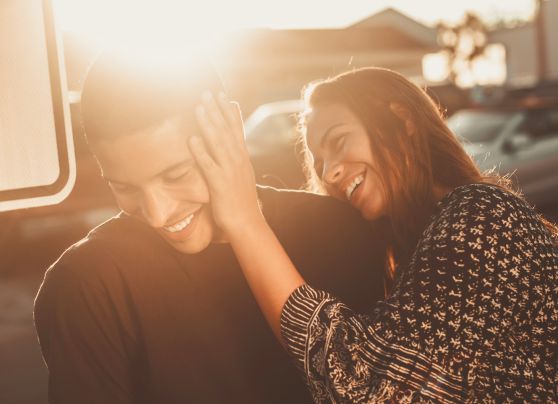 There are words in my heart that I've never spoken. Maybe in a different life, or in a different world, my story would have sounded like Jaane Tu Ya Jaane Na. But I can promise you this- it's sweet nonetheless.

Gazing through the window, mesmerized by the beauty of the meadows, I still wonder why I fail to convince myself that this can never happen. Growing up together, knowing each other for more than a decade, I never had any feelings for him until my best friend commented: “You guys make a great pair”.

Never did I take it to heart nor did I get a chance to think about it. I preferred to be lost in my work. Then, one Sunday I met him at a friend’s wedding and that was when I realized he was my MR.PERFECT. Though I tried talking to him like before, I could not resist the soul-stirring feelings I had for him. I had a sleepless night tossing and turning on my bed. His eyes kept lingering in my mind and his soul touched my heart. I knew he would never feel the same way about me and tried convincing myself that all this was a stupid fantasy, but it was so irresistible.

If you ask me what made me fall for him, I'd say “Well, I have a thousand reasons. His thoughts bring a smile on my face, warmth in my heart, and an urge to live my life to the fullest.” He may seem imperfect, but for me, he is perfect in his own way.

Vexed by the so-called soul-stirring feeling, I decided to express my love for him. I rang him up and asked him to meet me the very next day. He sounded super excited and I felt he was longing to tell me something. Dressed up all good I waited for him at the cafeteria. Within a couple of minutes, he came in with a small gift box in his hand. I was so baffled.

Did he have feelings for me? Did he feel the same? I had a thousand thoughts in my mind. He sat next to me and showed me a beautiful pendant with a moon engraved on a star. I really loved the look of it.

When I was about to ask him about the pendant, he started talking about Karuna, a girl who works with him, and how he had fallen in love with her. He had bought it for her. I felt devastated and crumbled. My island of dreams to live with him shattered. I was unable to bear the pain and I found it nerve-racking. I was blank for a minute. With all the broken pieces of my heart, I decided to leave. I faked an urgent meeting since I did not want him to know how much it did hurt me.

Walking down the lane, heading home all messed up, I still could not let him go. He rang me up and asked me what I had to tell him which he forgot completely while narrating his love for her. I told him that I wanted to have a coffee with him and simply felt like meeting him, and there was nothing important. Though he did not believe it for the first time, I managed to convince him.

I always wanted to tell him how much his care swept me off my feet; every minute spent with him made me the happiest soul on this planet. I wanted him to be mine forever but I forced myself to let him go. But I promise myself not to let him go the next birth. I still love him forever and ever.

So maybe my story ended up being a little like Kuch Kuch Hota Hai. But can I just say, "Picture abhi baaki hai, mere dost!".