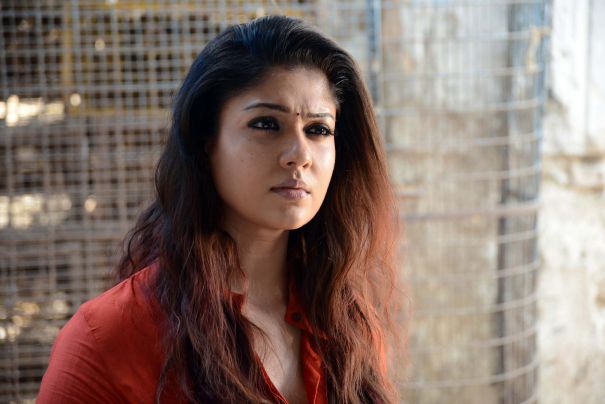 This is a story of survival, of hope and of the indomitable spirit of the human mind.

Had this not happened, I would have been just another girl you get to meet anywhere.

I am the only daughter of my parents. An extremely erudite, elite and sophisticated family background is my inheritance. I was brought up by a truly feminist father who was an IAS officer, and a liberal mother.

As both my parents were working, back in the 80s, which was quite a thing even in a Bengali household, I was independent and decisive. My parents allowed me to do what I wished for be it in my career or my hobbies, and they just let me be me. I possibly couldn't have asked for more.

As a result, I was a sort of a rebel and didn't see the need for getting married until I was 30.

Then came the time when my relatives started asking awkward questions, "When will she get married?", "What are you doing about her future?" (This was for my parents, of course!)

I had a steady affair that didn't materialize into a marriage and my parents asked me to go the Indian way of an arranged marriage. So a profile was created on a matrimonial site and I started getting responses from all sorts of men.

Some men wanted a sanskaari wife, some a fair wife and some, just a wife!

At the risk of sounding pompous, I must declare that back then I looked very beautiful. Not the average fair, slim and pretty but truly glamorous and beautiful. I cannot refrain from quoting what my husband told me on our first meeting, “You are disarmingly good-looking”.

Yes, I met him on that site. He came across as a gentleman. Not quite handsome, but he sounded caring and empathetic. Sensible. Reasonable. And like others, he was eager to make me his wife. I spoke to him a few times. I was surprised to find out that both of us worked in the same office, though in different departments.

He was all that a woman would ideally want in a husband.

Caring, loving, polite, true gentleman, loved shopping, loved cooking, supportive of an ambitious wife, the list could go on and on!

I spoke to my parents and he spoke to his own, and before I knew it, our parents had agreed to the match. Wow! Could life get any dreamier? I thought why not have a courtship of 6 months before we get married. That would be fun.

But my parents were a little apprehensive, given that his family background didn't quite match mine. They were not so well educated or well placed but "he looks like a genuine guy and we are more than happy that you have liked him" is all that my dad could say.

My prospective husband and his parents resisted the idea of dating.

"Let's get married honey and we will have the whole life to date," he said. And therefore, we got married within 4 months of knowing each other. Did we have a courtship? Yes, we did- a very formal and orthodox courtship of meeting at coffee shops or beer bars for 2 to 3 hours.

I was still happy because I didn't see anything wrong in it. Then came our wedding, and on the night of our wedding, he just slept through! We went back to Delhi, where both of us worked. And still, nothing happened.

He would sleep through the night and wouldn’t even touch me!

If I tried to make any advances, he would be as cold as a stone and I would miserably fail. My beauty, my appeal, which turned heads everywhere, from my classmates and ex-colleagues to even my dad's friends, fell flat on him.

I would cook, clean, work, eat, sleep; that was it. I could also sense that something was wrong with my in-laws. My father-in-law would call me every day and talk endlessly, in a distinct flirtatious manner.

He would talk about my figure, my porcelain skin, my thick brown hair and how he couldn't rest without talking to me at least once a day.

I was going insane! 6 months had passed and we hadn’t even kissed. What was going on?

Then one fine day I returned early from work, without telling my husband. I was nearly convinced that he had some other woman in his life and I wanted to catch his secret when he wasn't around.

I came back determined to search his cupboard and lo and behold! I had a bigger surprise! I opened the door and found him at home, which could have been a sweet surprise.

But there he was, wearing my bra and my new red lipstick!

I would have died at that moment if I could. Instead, I walked in and asked, "What is going on?" To my bigger disbelief, he said, in a perfectly feminine voice, "I am trying out your new lingerie." I felt like someone had stabbed me with a very sharp knife. I didn't feel the pain, but I felt the metal and the blood.

By then I was an alcoholic; I couldn't sleep without getting drunk.

I’d become twice my original size. In exactly 7 months, I was 80 kilos from a perfect 53 kilos. I looked like a 40-year-old instead of a 32-year-old. I wasn't myself anymore. I had a husband who was trying my lingerie! And he continued doing it.

Lipsticks, lingerie, no sex, no care, and finally pushing me to have sex with other men.

Better, if it was with his father. After a year, and at least 5 suicide attempts, I chose to see a psychiatrist. By then, my husband had made it clear that this is how the marriage would be and he wouldn’t change a thing about himself.

I too knew it, somewhere in my heart, that this would kill me but I couldn't tell my parents. I met the doctor along with my husband and she told me unequivocally that he is gay. Really? Is he gay? Of course, he is. And he is a bottom gay.

He possibly wanted to be a woman and was only holding on to me to save himself from public disgrace.

I came out of that marriage. It took me an entire year to do that. They didn't want me to leave and tried every possible way to hold me back.

The father-in-law was upset that he didn't get to sleep with me; the mother-in-law was worried about who would cook for her son if I left, and the son couldn't believe that he would actually go through a divorce!

"You are married now. How can you escape?" he said.

But I did. I suffered from PTSD (Post Traumatic Stress Disorder). I went through counselling. But I still managed a promotion in my office in the same year.

I lost a lot of money in the legal battle. However, I did come out of it, scarred yet clean. My parents stood by me through everything. It also taught me many lessons.

One of them is that marriage is not as big a deal as it is made out to be.

You could pretty much lead a happy and successful life without getting married. It is a social requirement and it is only up to you to decide how much you want to give in.

Would this ever happen if the man had the choice to accept his sexuality and live the life that suits him? Share this story, because this is what happens when toxic stereotypes of masculinity do to society.