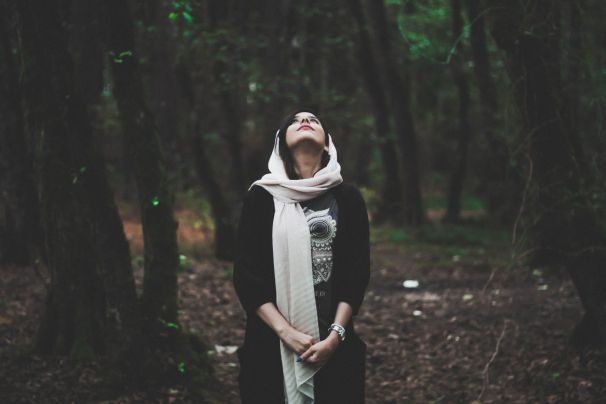 I think if God wants something to happen he will somehow make it happen.

I was a flirt. I was constantly looking out for the right kind of a guy. I knew when I met the right guy I would fall deeply in love with him.  He was a very serious kind of a guy. He kept his distance from girls and avoided getting into relationships.

We belonged to different castes. My best friend introduced me to him but we lost touch with each other after a while.

We met again completely by accident after a couple of years.

That day I knew there was something about him which attracted me. We started chatting over WhatsApp and later on these chats turned into meetings though we always met in a group. But we got into the habit of talking late into the night.

One fine night, he asked me if I felt something for him. I said, “No” because I did not know that I had started loving him at that time.

I thought we just liked being in each other’s company. I thought we were friends. So he decided not to continue chatting with me.

He felt we might develop feelings for each other. He knew this would create problems for his family.

He knew his family would never allow him to marry a girl who belonged to a different caste. He understood the situation in his house very well.

So we decided to stop talking.

But suddenly I felt a severe pain in my heart. The next day I met him and confessed that I was deeply in love with him.

I somehow believed that God had made us meet unexpectedly like this for a purpose. I thought that God wanted us to be together that is why I was falling in love with him so deeply. I also knew that we understood each other very well.

I was quite serious about him and things were progressing well in our relationship. But I could sense that he was reluctant to come closer to me. He did not want to get attached to me.

I knew something was missing in our relationship.

But I persisted in my efforts of making him fall in love with me. After a long while he confessed that he had fallen for me right at the very beginning. I could feel his love for me when he told me this. When his mother got to know about us she warned him. But we loved each other deeply now. We just couldn’t live without each other.

We would discuss our future several times in a day and at the end of our discussion we would cross our fingers and hope for a miracle.

One day I got a message from him saying that he wanted to leave me. He said that he will not be able to marry me. He said he was dealing with some family issues. His father had announced that he should marry only the girl he chose for his son. He knew that his father would select a girl who belonged to their caste.

God knew how much I loved him. He was not handsome. But he was a real man. I knew it would be quite difficult to find a man like him in this fake world. He was now in a dilemma.

He loved me a lot but he felt he would be deceiving his parents if he got married to me. He did not wish to hurt his parents.

He was their only son. His father was a heart patient. But he loved me a lot too. He knew it would be impossible for him to forget me. He was completely shattered when all this happened.

So I told him to stay with me for as long as he could. I told him that he must get married to the girl that his parents chose for him without any hesitation. I knew it would be impossible to forget him. I also knew that I would be completely shattered when he left me.

But I couldn’t live with a curse. I did not want to separate a son from his family – a family that I wished dearly to be a part of.

I couldn't blame my boyfriend in anyway because he had not cheated on me. He had told me that we could never dream of getting married right from the beginning. He had been very reluctant to get involved in any kind of a relationship with me. But I was the one who had decided to be with him. I loved him wholeheartedly. He was the one who fulfilled all my dreams and fantasies. I had wanted to live a life which was filled with his memories.

I had chosen to make him a part of my life on the day I realized I loved him.

Even the thought of separating from him haunts me. I know it will be quite difficult to live without him but at least we have created memories which will soothe the fire in our burning souls. I am proud that I fell in love with him.

It is very difficult to find a person who puts his parents’ wishes above his own wishes. We decided not to fight for our love. But that does not make us weak. I don’t see anything good in fighting with our own parents.

They trust us a lot. They believe that we will never do anything which goes against their wishes. I personally did not want his father to be ashamed of him. I still have a lot of faith in God. I believe that some miracle will happen. I feel I will end up becoming his wife. I know I will lead a happy life with his family. Do wish me luck.

We really need to believe in that higher force to experience His ways. Often we naïvely think that we make things happen in our lives with our efforts. But at some point in time, we also realize that He is the one who is composing the music of our lives. Let's share this story and create a miracle in this young girl's life with our prayers. He takes good care of us in His own way. What more can we ask for?