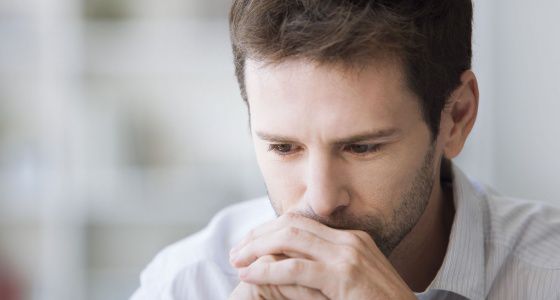 Today, I am penning down my feelings and my emotions because I know this is the only place where she can read how I truly feel. It is the only common platform where my Sweetu and I can share our feelings because technically, we are not together anymore.

By the end of this article, people might judge me but I really don’t care because she always taught me to “live life the way you want to live”.

Let me introduce myself. I am a 30-year-old guy from Bangalore. My life was miserable before I met her and after she left me, it became completely unbearable. I got married at the age of 20, it was a teenage attraction that turned into love and we tied the knot. At 25, I was blessed with a son.

However, terms between my so-called wife and me were not good since the day we got married.

She blackmailed me to marry her and I went against my family for her, a decision that I regret till date. But this story is not about my wife and me.

This story is about my Sweetu; the girl, who came into my life as an angel, spread happiness and went away. The ten years of my married life were no less than hell where I suffered every day. My wife pretended to be someone else but she was completely different in reality. She didn’t care for me nor did she respect me. I wanted to get separated but she wasn’t ready for that either.

I struggled to get through each day, hoping and praying for a miracle until I met her.

It was just a few months before my 30th birthday when I found my hope to live. I met her at the most unexpected time in my life. She was an angel and I can never forget her smile and the glow on her face. We were two extremely different individuals from different places. She was a writer from Delhi. I’d never thought that I would write but she made me a writer too.

My love story started on a road trip where I met her for the first time. She had an endearing personality and anyone would fall for her. So did I. We met and had a few conversations where she told me that she was committed.

But I never told her about my dark past because I was scared that she would stop talking to me. And I didn’t want to lose her.

After the trip, we started exchanging messages and talking on the phone for long hours. These little things were enough for us to grow closer to each other. She trusted me blindly and never questioned me for anything. I was ridden with guilt and finally, I decided to tell her that I was married.

I expected her to get furious but she understood me like no one ever had.

Our relationship was unlike other relationships; we loved each other and had our share of fights but the best part was that we held on to each other. I want to quote her words here, “Many ups will come, many downs will be there…but I just want you to hold my hands everywhere.” I was blessed to have her in my life. I wanted to marry her but a second marriage is not legal until you get divorced from your first partner.

I was ready to leave my wife and son for her but she did not want them to be unhappy.

She always said that she would walk away from my life so that I could be with my family. However, I could not even think of leaving her, so she agreed to become my second wife, not in front of the law or society but for me. During one of our meetings, I gave her kumkum as a symbol of marriage. I accepted her as my wife and I thought she accepted me too.

With the passage of time, things changed and I became firm in my decision to leave my so-called wife. I had married Sweetu and I wanted to give her the respect she deserved in society. I didn’t want people to call her my mistress. When I filed for the divorce, Sweetu was the unhappiest person. She was extremely worried about the well being of my wife and son.

By this time, I was already living apart from my wife and son and I asked Sweetu to join me as soon as possible. But something was amiss.

Though she showered me with love and did everything to keep me happy, there was something missing.

I kept asking her when she would come to live with me but she never gave me a definite answer. One day, I got furious and asked her to honestly tell me if she was planning to come or not. She was always humble and polite to me but that day, she was a different person.

She told me the shocking truth that she got engaged to someone else! My wife was engaged to another guy! She said that her parents forced her, she even sent me a photo of the engagement where she looked very sad.

That day, I realized the pain of sharing your partner with someone else, a pain that my Sweetu had tolerated for so long.

But things did not end there. I could not accept the fact that she was engaged. I started inquiring from different sources and that is when I learned another bitter truth – no one had forced her, she was in love with the guy. I was seething with anger, I was going mad and she was not responding to me!

It drove me to take an extreme step, which I’ll always regret. I sent our intimate photos, chats, and videos to her fiancée and her family too. For the first time, she got angry with me. She knew that I wouldn’t be able to handle the truth hence she'd hidden it from me. She just wanted to make me happy in the time we spent together after which she was going to leave.

But how could she leave me in this pain? She was mine and would always be only mine.

I had become a crazy guy who wanted to get her by any means. The only goal of my life was to break her marriage. Her fiancée accepted her even after knowing the truth; I guess they shared a really strong bond. However, that drove me crazy. She stopped contacting me but I was impatiently waiting for her texts and calls. Then I did something even worse.

I circulated her intimate photos to her Facebook contacts and her fiancée’s contacts too. She called me as soon as she found out. She begged me to stop but I refused. Ultimately, she lodged an FIR against me and I had to give a letter stating that I would stop my actions. By then, her fiancé took a step back and broke the engagement. I was happy because I got what I wanted.

I felt that I had conquered the world. But, my world shattered the moment I saw her.

I had never seen her like this. She had lost weight, had dark circles under her eyes and my Sweetu had lost her smile too. When I saw her in that state, I cursed myself for everything I’d done. I’d never thought about the damage I had caused in her life until I saw her condition.

She came to me and said that she really cared for me but she couldn’t cheat on her fiancé who was a good man. She never wanted to hurt me, all she wanted was my happiness in the time she spent with me. I was an idiot who could not understand all that she had done for me.

I had ruined a girl’s life, her dignity, and her self-respect.

While circulating her photos, I never thought about her dignity, I was only concerned about myself. After she told me everything, I realized that some relationships don’t need a name to survive. She requested me to move on and I did, for her happiness and mine too, because she always said that my happiness is her happiness.

She spoke to my wife too and asked her to take care of me, as she was going. One day, she texted me, “I am sorry”. That was the last time I heard from her. She never texted or called nor did I. But we are still close. Her name is in my heart and it will always be there.

She gave me the best memories of my life and I am happy to live with it.

Yes, we are not together anymore and yes, I still stalk her profile and I know she does the same. This is the only way for us to stay in touch.

We could not be together in this lifetime but I won’t settle for anyone other than my Sweetu in my next janam.

Share this story if you agree that true love is selfless and it needs no labels or tags to survive.

Your Stories
LIFE IN THE TIMES OF CORONA
BAKKAR. CHAI. SUTTA
LIFE IS TOUGH
SINGLE WOMEN BAD WOMEN
YOUR STORY