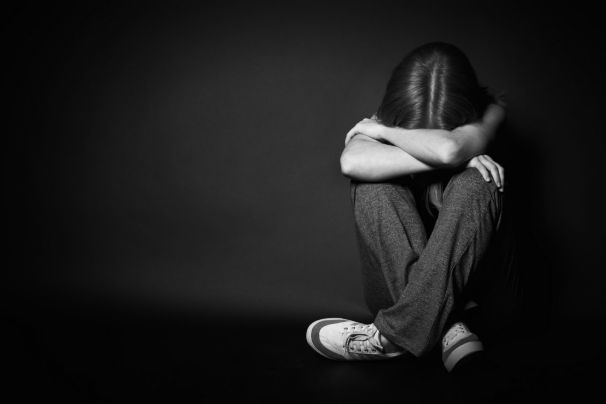 “Bhai, can we go and get one ice-cream today also? P-L-E-E-E-E-A-S-E!” the four year old, tiny version of me begged as I lingered onto my, then, seventeen-year old cousin.

“Alright, but only if you promise to play with me after dinner.”

I smirked at his easy, usual offer and my little, dwarf body while I clung to his legs with pure affection. He then picked me in his arms and kissed me on my cheek. I could feel him holding my under-developed bosom with one hand while his other hand wandered under my skirt, detaining my little buttocks from the lacy, pink bloomers that my mom had recently purchased for me.

This was pretty usual, wasn’t it? He was the only cousin-brother in my huge family and he held and played with me in this very special way. Especially when we were alone.  I was very happy, obviously. I got my ice cream and chocolates every day plus a little bit of extra love.

After dinner every night, I went to his room, as promised. Things were ordinarily this way. He would make me play with his ‘super power’ that he kept hidden in his trousers. Our game had to be our little secret because if someone found out, then they would take him away from me. And, I didn’t want to lose my brother now, did I?

In fact, he loved me so much that he would be my doctor every night. I was scared of going to the doctor, so he would make it a point to check me every night after we finish playing.

Every day was the same. I rushed to him after school, we had ice-creams and at night, we played. He told me I was special, which is why only I was allowed to play with his ‘super power’. It was a thick, skin-like rod; had little pink-red mouth on its tip. He had once asked me to check how it tasted too, because he couldn’t bend to see if it was sweet like ice-cream or sour like lemon. I had done it, and it was tasteless as far as I could taste.

We use to check the taste every day because you never know when it could start tasting like ice cream. When I refused to play with his power or taste it for the day, he would threaten that he won’t check my body that night and that I would have to go to the doctor the next day. So I had to, you see?

After we played, he would make me lie down on my back and lift my frock. He always started by knocking behind my knees and then shift to my back-side. He would press them and rub his mouth between them just to check if I was fine and then turn me around and ask me to open my legs. He did something with his fingers between my thighs and it would hurt at times.

But I didn’t say anything. Why? Because I TRUSTED my brother.

One night, I remember running to my parents room crying and pretending to sleep between them quietly because my brother had diagnosed me with cancer and said that he had to treat me well for the next few nights if I didn’t want to die. He cured me within a week by putting a pencil between my thighs and removing cancer from my body. I couldn’t have thanked him enough.

I began to understand what was happening to me and eventually everything became clear. I learnt that his ‘super-power’ was nothing but a penis which every man had.

And this very ‘loving’ brother of mine is now married; and I thank heavens that he’s blessed with a son. What if it was a daughter? She would have also learnt how to play with his ‘super-power’?

Today, I work for over sixty NGOs and I’m associated with an international organization that works against children and women molestation, but not once have I ever gathered the courage to speak about this to anyone; even my very own parents. I am weak because I still feel like a four-year old, over and over again. And thanks to the society we live in, I couldn’t hurt and shame my family by sharing this. But enough is enough.

This needed to come out. Children don’t know what is being done to them so if you know or even have a small doubt that a child somewhere is being molested; raise your voice against it. So, that he/she will not have to look back like I did and feel the pain, trauma, shame and everything else that comes with it.

Share this article because we can't keep hiding in our closets forever. It takes a lot of courage to accept being molested, and a lot more to come out and do something about it. Let's start the discussion.