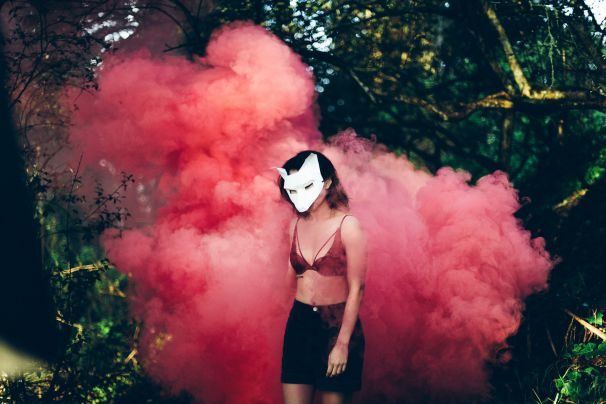 Let me tell you a true story. A story about my boyfriend and I. I am a 24 years old professional Bartender, who had worked in USA and UAE for around 3 years, before coming back to my home country i.e India (specifically Mumbai). My boyfriend, a 25 years old mechanical engineer is currently unemployed. Our relationship started around a year back. We were from the same school, but we hardly noticed each other at that time. Our relationship bloomed on facebook, went to Instagram and then started on Whatsapp and Skype calls. It was during a 7-month long-distance relationship that my guy and I became like open books with each other. He told me he was using green stuff and I was cool with it since he told me it was not n addiction and just an on-off thing. let's go back to when I came back to Mumbai for my studies and some events. We were getting on really well, everyone around us was happy and we were happy with each other. But one thing messed it up.

His GREEN STUFF, he was addicted to it.

We use to argue a lot because of that and used to not talk to each other, for days at a stretch. I came to a conclusion that I had to take a decision. With the help of his friends, I got in touch with his family. I told his family everything about him and his green stuff. Surprisingly, his family knew about it, but they couldn't do anything, as he would not listen to them.

The responsibility fell into my hands.

I tried my best in getting him out of it, but it was nearly impossible. I thought I'd have to see my guy die in front of me. Luckily, his mother was my biggest support. We finally decided to get him into rehab, spoke to the rehab guys and got the formalities done.

On 2nd February 2018, we were chilling out in a restaurant, when the rehab guys came and took him.

This was a joint plan by his mother and me, to take him from the restaurant rather than coming home and creating a scene. Now he is in rehab, scared and depressed. Believe me, when I say that if he had not gone to the rehab at that time, he would have been dead as he was on the verge of attempting an overdose.My main motive in writing this story is not to gain sympathy, but just to warn people who are into this green stuff and think it is cool/ makes you feel alive. You are doing it for fun, but you have no clue that the people who love you, die every f*****g single day, thinking about how you are and whether you are fine or not.At least think of the people around you, before taking this slow poison. My dear baby boy, I am still here, waiting for you. No matter how much time, you take there to heal, I am standing right outside rehab, waiting for you. I am waiting to take you away from this place and give you a new life. Don't worry about your family love, I am standing strong with them.

Just come out clean and we can start a new life together.

Share this story if you know someone going through similar pain.