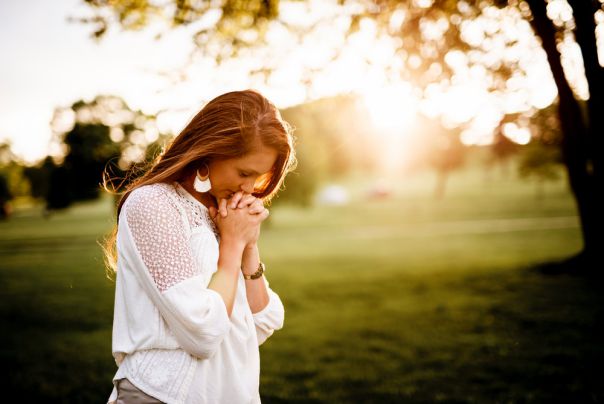 I was a young, wild and free girl.

The world was at my feet.

I laughed and talked too much, and I lived my life to the fullest.

I never thought someone would ever break me. I used to think why would anyone do that to me when I always prayed for everyone's happiness?

I wondered what it feels like to fall in true love.

The concept of love was enigmatic to me, that passion, that pain, and that excitement.

One day, I came in contact with a guy. We were friends in the beginning and gradually, he proposed me to be his love. I was completely lost in that moment; I had no idea what to say. I didn’t know what I wanted and after several thoughts, I accepted his love. It was completely a different and new feeling, and everything felt good.

He was the one for whom I fell. Yes, I loved this guy with my whole heart and soul. It was 27th Jan 2011 and that's how our relationship started.

He turned out to be a nice person and he really loved me, or so I thought.

I never focused on his looks and financial standards.  What I cared about the most was a beautiful soul. The first year of the relationship was fun and lovely, and I felt butterflies around. Then I got in touch with his family and friends as well. That made me trust and love him more and more. Later, his negative side came out.

Time passed by and as I started to know him more, I realized that the person I knew and the person he was being completely different. I witnessed his anger for the first time and it was scary for me as I had never seen such kind of wrath. Gradually, he started to get angry at every silly thing. I saw his possessive side that warned me to even befriend other boys.

He always found ways to hurt and harm my self-respect.

I sacrificed everything – my studies, my choices, and my dignity for him.

I'd never thought that a human being could ever say 'I love you' to me and then, break my spirit. He abused me for everything because he was insecure. He called me a bi*** and s***. He abused my family, little creatures, and even those who have been deceased.

I used to bear everything because I was madly in love and didn’t want to lose him.

I didn't say a word. He threatened me that he would expose our relationship and bring shame to my family. I still loved that guy and gave this relationship my best always. Even sometimes, he proved that he loved me too but at times, he used to threaten me and abuse me. I tolerated everything just because I loved him with my heart. I did my best to save my relationship always.

I tried to break up with him many times but my heart was never ready for it.

And of course, he was a narcissist; he came back and manipulated me emotionally every time. I wasn't smart enough to see that he didn't deserve it. I gave my heart, my soul, my mind to this relationship. But the abuse started to increase.

"Don't go out with those female friends without telling me."

He gave me thousands of reasons to leave him but I always had hope that things will be better someday. Someday, he will realize my worth and importance.

The hurt increased and it increased so much that it reached the point where my mind said, “No more! It's unbearable now.” But the fucking heart was still like I love that guy. Every night, I slept crying. I had never experienced such pain in my life. On the other hand, I was in deep love with him that I could not even consider a breakup.

Some blunders which he did, made my heart feel cold. I don't know where the hell I lacked; for some characterless bitches, he had to do such crap with me.

His presence, his company suffocated me.

I thought about leaving him for good but my heart kept manipulating me. He was the guy I loved and dreamt my future with. I could never imagine my life without him. Yet, he kept always blaming me for the things he did.

He said that he can't live without me and on the other hand, he broke me.

I became someone without any life in her eyes. I was frustrated, shattered, and in pain. That's how seven and a half years passed.

I almost lost all hopes.

When I point out his mistakes to him, he starts accusing me of cheating. Even after suffering for almost seven and a half years, he has the audacity to call me wrong. After forgiving his mistakes that cannot be forgiven, he still abuses me and talks shit to me. Sometimes, even insults me.

I have lost my self-respect. I have become suicidal. I love that guy. I really can't live without him.

He is sorry for all the crap he did and promised me that he won't ever repeat any shit. Yes, he is even trying to prove it to me but my soul is hurt and tired now.

What he did to me is not justified, and a good human being cannot do this. Still, I love him. Still, I can go to any length for him but it's breaking me. I'm dying inside and I can't tell this to anyone. I just hope I get better. I'm waiting for a miracle to happen.

All I want for him is to feel the guilt.

I want him to feel the same pain.

I want him to feel the emptiness that I felt. I want him to know that whatever he did to me during all these 7 years, I never deserved any of it. He destroyed a soul who actually cared about him always. I wish he becomes the guy I want him to be – my ‘Mr. Perfect.’

There are some damages that change you forever and ever!

There's only one mantra - a relationship shouldn't make you feel broken, exhausted or beaten. If they do, it’s time to wave the white flag and move on to avoid further damage. It may not be easy but we all need to get out of our comfort zone once in our life. Share this story, if you agree with the same.