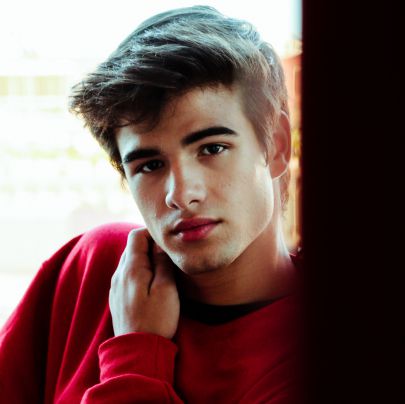 Within a year, our friendship was at its peak. Slowly, she started trusting me a lot.

When she got her first salary, she sent me screenshots of her debit and credit cards. She had even given her screenshot a caption titled, "My achievements". She then sent me 8-10 pictures. She wanted me to pick the best picture out of it for her Display Picture on social media.

We started talking to each other almost every day after that.

I was still studying at that time. When I came to know that I had failed in my qualifying exam I could not control my tears. I was deeply disappointed.

But she supported me for a month and helped me accept my failure. She said she couldn’t bear to see me crying.

She even started behaving differently with her common friend.

She would repeatedly ask me to stop talking to this common friend of ours and say, “She is distracting you from your studies.”

She too was doing the same thing to me. I knew the culprit was blaming the innocent person.

After a few months, she wanted to know everything about my past. I had suffered through a life-threatening disease when I was young. The doctors had almost given up on me saying that my disease was incurable. I had fought my way out of it using my willpower. I knew I could discuss my past with everybody.

When I had to appear for my exam, she insisted that I stop talking to her. She said, "You can study in the time that you normally spend talking with me. Let's not talk to each other till your exam gets over." But she sent me a message after 5 days and said, "Hey Boy, I have bought tickets for the IPL matches." We started talking to each other to discuss the details and our conversation lasted for an hour and a half. She then said, "See how much we talked today. I didn’t really want to send you that message. But I was so excited that I wanted to tell you about it immediately. So…Bye for now!”

On my birthday, she forced me to accept a gift which she had ordered online.

She sent it directly to my house because we lived in different cities. It was an expensive gift – a smartwatch. I was not keen on giving her my address but she forced me to give her my address.

But I was touched by her gesture.

She worked as a clerk in a bank. Whenever the head cashier was on leave, she had to do his work. When she had to do this the first time, she was panicky. She said, “If I make any mistake in counting the money, I will have to pay for it from my pocket.” So I kept counselling her till she became confident about it.

Now whenever she has to do the work of the cashier, she calls me and tells me about it. I counsel her and she feels confident about herself after that. She has always appreciated my efforts.

She usually took a train to reach her house. I would talk to her all through her journey so that she did not get bored on the way. She knew I did not want her to feel bored. 5 years back, she had travelled with my mom and me. We had a good time. My mother sensed that there was more to our relationship than just friendship. When she alighted from the train, she hugged my mother tightly, looked at me and said, "I have become a fan of aunty".

I had felt really elated that day.

While we were travelling, a small boy addressed me as “uncle”. She shouted at the kid and told him not to call me “uncle”. There was a time when I had to work hard for my exams. So I was not able to text her continuously when she was returning home by train.

She got angry with me that day.

One of her childhood friends was also working. He did not earn much but still, he had a job at least. She would keep mentioning his name in our conversations.

So I started feeling jealous of him.

One day, both of us were travelling by train when she mentioned this guy's name again. She mentioned that he had celebrated his birthday a few days back. She then said she had been so eager to go to her hometown that day that she had forgotten to wish him in the morning. She said she had been talking to me that evening on the train so she had forgotten to wish him that day.” I casually asked her if she had given him any birthday gift at least the next day. She said she had not given him any birthday gift at all.

I was very happy to hear her say this. I felt as if I was in seventh heaven that day.

One day, she sent me a message which was very caring. She said, “You must be tired now. Just go to sleep.” So I playfully said, “OK.OK. Love you too. Good night.” I sent her several happy emojis too. I was surprised when she replied to my message immediately. She said, “What? Are you out of your mind?” I just asked her not to take it seriously. I told her I was just having some fun with her. She then said, “Boy! Don’t send me such rubbish texts. I am warning you now itself.” I got angry when she replied to me like this. So I said, “OK. I am not going to explain myself to you. Bye.”

She apologized twice to me the next day. She did every possible thing to recover the bond of friendship that we shared.

I now had another problem with her. She talked to one of her male friends once in 3- 4 days. She would be online whenever she chatted with him. But she would go offline whenever she chatted with me. I would always get her reply within seconds but still, I started panicking when she did this with me. I tried to convince myself by saying that she talked to me every day for two to three hours. I knew she talked to him only once in 3-4 days.

I knew it was normal. But I would always remain tense when she did this.

She then said, “Yes, I don’t want our friendship to end – ever.”

We continued to tease each other for some more time after which she said, “OK Boy. I am going. Bye.” But I saw that she was now online on WhatsApp.

Somehow I couldn't sleep until 3 a.m. that night.

I was very tense the next day too. I wanted to relieve myself from my tension. So I playfully asked her about it. I said, “Do you have any boyfriend? Yesterday you were online on WhatsApp after you finished chatting with me on Facebook.”She said, “I think we are talking too much nowadays. Let’s give it a break.”

I decided to relieve myself of my tension. So I expressed my feelings to her openly. I said, “I love you a lot. But I don’t expect a “Yes” or anything else from you. I just want your friendship. I too don’t want our friendship to end – ever. Now it’s up to you to decide. I will respect your decision. Keep smiling.” I then sent her a big smiley and told her that a small smiley would not look good on her face.

But I was shocked by what she did next. She blocked me from everywhere without even giving me an answer. We had chatted with each other for several hours on WhatsApp in the past five months.

I don't understand how she could just end such a beautiful bond of friendship like that. She did not even reply to my messages. I tried to have a face to face conversation with her. But she ignored me.

It's been more than 3 months now since we had that last conversation. She unblocked me from WhatsApp a fortnight back. But she has deleted my number from her phone. So I can’t even see her Display Picture or her Status.

I know she will realize my worth and value my efforts some day. I have not given up on her as yet. I know she will come back to me. I keep thinking of all the times that we spent together. But I wonder when she will be back with me again.

Let’s share this story because love and friendship always fill our lives with warmth. But often we become so emotionally attached to our friends/loved ones that we forget to love ourselves. That’s when love/friendship makes us insecure. We should be the top priority in our lives. When we pursue our own dreams and ambitions we become more confident about ourselves. We derive happiness from various other sources too. Then we realize that there’s a whole lot more to life than just love and friendship.