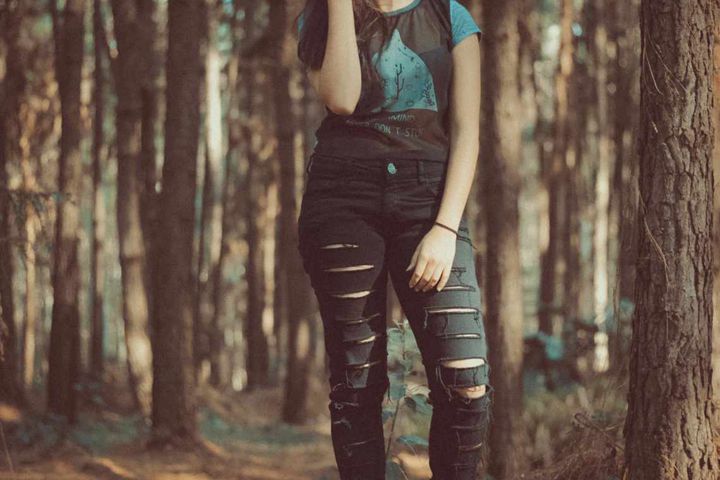 I am fat, dark and not very attractive. I come from a conservative South Indian family where love is a taboo. I always wondered how I would feel if I was in love. I had no experience with love. This did not stop me in any way.

I think I did not miss out on anything because I did not know what I was missing.

But I suppose even a happy story has a turning point. My love story started when I was pursuing architecture in my college. I was in my fourth year and was about to begin my internship. One day I met this cool guy on Facebook. We chatted for a few days. I got an offer to do my internship in Bangalore. But I did not take up that offer because I wanted to stay with him.

We fell in love instantly. I was foolish enough to believe that both of us were meant for each other. I thought I was his top priority.

But apparently, he talked to every other girl in the same manner. I found out about this after being in a relationship with him for 3 months. I had planned to celebrate his birthday lavishly.

When I came to know about the other girls in his life, I confronted him.

He hit me hard when we were sitting in his car. It was very painful. No one in my family had even raised their voice against me. Boys and girls were given equal freedom in my family.

But this guy turned my world upside down within minutes. I was shaking with fear. All I wanted to do was to get out of the car and run away. And that is what I did.

He came to me the very next day. He apologized and begged me to forgive him. I decided to give him a second chance. Things were going on pretty well between us now. He deactivated all his social media accounts and changed his SIM card. He started focussing on me and my career.

I know he is true to me now. But I am scared to trust him again. We have been together for three years now. He is loyal to me. He is adjusting to me. I have started believing that we could be an ideal couple.

But deep down, I was scared. I did not feel anything at all even though we kissed at times. I felt nothing. I was not aroused. I thought something was wrong with me because in South India even talking about sex to anyone is a big NO NO. I felt guilty every time we kissed. It was hard to explain this to him. We did not have sex.

But he has remained true to me and is waiting for us to get married. He respects my feelings and cares for me.

Everything was finally falling into place. So I actually did not have any problems. But this time I ended up making a mistake. Yes, I cheated the love of my life and I am feeling very guilty about it.

I had joined a gym to reduce my weight. I wanted to focus on being healthy now. The gym trainer was from a middle-class family. He was married and was having a hard time with his wife who was a psychopath. Yet he supported her and encouraged her in every possible manner. I had seen her behaving very badly with him and his mother.

The sympathy that I had for him turned into attraction. One day after everyone had left, we kissed. He knew I had a boyfriend and I knew he was married. Yet we kissed.

I stopped kissing him after some time and stormed out of the gym because I was feeling guilty. But I had experienced a rush of adrenaline when I had kissed him. I had not experienced this with my boyfriend. I should have stopped everything at this stage. But I allowed it to go on for 6 months. We did not do anything else. But we kissed a lot.

Then the trainer started becoming possessive about me. He became obsessed with me and got angry whenever my boyfriend texted or called. My guy knew nothing about all this. He trusted me blindly.

But I am scared to death now. I don’t want to tell my boyfriend that I was cheating on him.

Things started becoming messier. The trainer decided to close the gym. He was moving away and I felt really guilty about it. I thought he was doing it because of me. I somehow felt I was the one who had encouraged our affair. Now he was closing the gym and leaving because he could not support his family.

I felt that I created a mess and that I had spoiled his life. I felt I had not been true to my boyfriend, to the trainer and even to myself.

The guilt that I carried in my heart was draining me.  I could not come out of it. When I was experiencing all this, I lost my father. I was now completely depressed.

My boyfriend has been really supportive. He has been taking good care of me. I really don’t know where things went wrong. I feel so guilty that I can’t even fake my smile. I really wanted to apologize to both of them. In fact, I did apologize to my trainer but was modest enough to avoid me.

He told me that he was moving away for a different reason. I was not the real reason for it.

But deep inside, I know that all this had happened because of me. I want to confess about this to my boyfriend.

But I know it will crush his soul and I am scared of losing him forever.

My mind is really messed up. I don’t know how to escape from this really guilty feeling. Please help me.

We ALL make mistakes but it requires courage to accept our mistakes even to ourselves. The guilt that this young girl is harbouring in her heart will slowly create a feeling of peace within her when she is able to forgive herself. Let’s share this sensitive story and help her out. The past is past. A beautiful future awaits her.