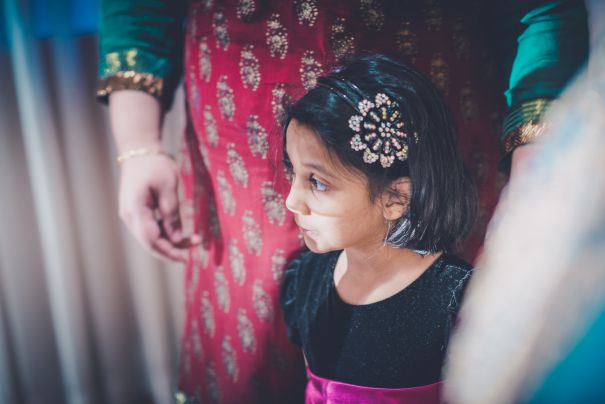 I grew up in an Indian Muslim household. I guess it's only when I turned into an adult that I could point a finger at what was acceptable and what was unusual.

FYI, I really love my parents and appreciate everything they've done for me. I understand that the way I was raised was an influence of the way they were raised. So, I don't blame them for not being able to fully understand the needs of my generation and the future. In fact, they gave us twice more freedom than they had growing up.

But, here are some things that I didn't have, that I would allow my children to enjoy and live through (and they will be very lucky to have me as a parent).

Freedom to WEAR whatever they want.

I don't mean to imply that they can walk around wearing a bikini on Avenue Road. Obviously, hoping that they have the common sense, and appropriateness, I would give them full liberty to dress as they like. I have no inhibitions about 'skirts', 'shorts', 'bodycons' or whatever.

I want my kids to feel confident and comfortable in their skin and their choices. I don't want my girls to grow up believing that having 'boobs' is shameful or for my boys to think that a woman is not respectful just because she wears skirts or shorts.

They can have Sleepovers and hang out with their besties whenever they want.

I have never had the freedom to sleepover when my besties would plan this. I also missed a lot of birthdays, casual hangouts, basically, my social life was non-existent. So, I don't want my children to grow up without experiencing the gift of a friend.

They will be pre-warned about getting periods/protected sex/acne/growing bodies, what not.

It's so important to keep communication open with your children about these things. Of course, they might find it awkward to have 'the talk' at first. But, they'll be thankful later for knowing what to expect.

They can choose WHO they want to marry irrespective of WHICH religion or caste they belong to.

This is the biggest hassle I am facing at the moment. If you've been reading my posts, you may know that I will be having an inter-faith marriage. I feel that this step is vital not just for my happiness, but also that of my future children. It's essential for a parent not to dictate or command their children to live a certain way or do certain things.

If my Kids are GAY, I'll be cool with it. If they have friends who are GAY, that's cool too.

I can imagine the horror if this was something my parents would have to face. I wouldn't be too surprised if they seek an exorcism. But, on the other hand, I don't want to raise homophobic children. They should be happy with their sexuality and respect other's sexual preferences as well.

I would 'unconditionally' love them no matter what.

It's not absolutely alarming if children make mistakes. Hello, that's what growing up is. That's why it's essential to speak to them about morals/sex/puberty/drugs/addictions. But, even the best kid sometimes makes mistakes. For instance, teenage pregnancy. I don't want my babies to think that I'll love them any less if they make mistakes. Can shouting/screaming or yelling make the problem go away?

There is going to be NO limit to their dreams.

This is fairly self explanatory. I've had my mother pull me out of an inter-school Scrabble competition just because she thought that 'exposure' would spoil me. So, enough said.

Children learn what's right or wrong growing up. It's not our job to scare them or feed them with wrong facts like, 'If you touch a boy, you'll get preggo'.

I guess, these are just some of the things that my children would have the liberty with. I hope other parents realize too that, just because you brought a child into this world, doesn't mean you own them and their actions. They are their own individuals and should be encouraged to be nothing less than themselves.

Every generation of parents do their best to be better. Share this story so new parents become aware of the need of the hour.