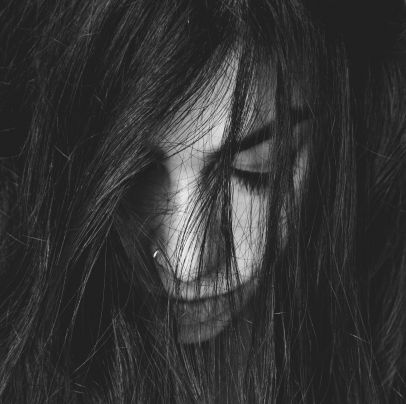 I had a normal childhood but faced sexual harassment several times in bus stops, buses etc.

I was not too confident about myself and was an introvert right from my school days.

After I finished my graduation, I stayed back at home for almost 10 years without working anywhere. At the age of 28, I finally got married to a guy. I was getting only negative vibes from him right from the beginning. But I had to get married to him because my dad and other relatives forced me to do so. My marriage did not last for even two months.

Every day that I stayed with him I had this soul sinking feeling that I could never explain to anyone.

My husband took away my mobile and did not allow me to talk to anyone. He would fight with me at midnight and push me out of the house even when it was raining heavily. He would then ask me to go and stay with my so-called boyfriend. I had never ever had a boyfriend but he would continue accusing and abusing me without listening to me.

After staying with him for two months, I simply could not take it anymore.

I left him. All my relatives were against my decision. Everyone stopped speaking to me. Even my own brothers were against me because I had gone against their wishes to get divorced.

I completed my post graduation after that and a year later I got a job.

A lot of people flirted with me but I did not bother too much with them. But after a while, I met a guy in my office. He was really very sweet to me. He was ten years younger than me and was keen on becoming friends with me first.

I felt I could trust him and confide in him.

He proposed to me after we got to know each other but I accepted his proposal only after several months. Things were good for six months. He made me feel like we were on cloud nine and promised me that we would live a happy life in future. But after six months he left his job.

He would ask me for money every now and then saying he had some problems in his family. I would always help him out. He did get a new job after six months but his behaviour had started changing.

He had no time for me now and whenever he did spend some time with me he would act as if he had done me a big favour and was meeting me only for my sake.

He once asked me to loan him Rs. 3000/-. I borrowed the money from my friends and gave it to him. When I asked him what he had done with the money, he said he had spent it on cub karting and other such things in just one day. I was very angry when I heard this and asked him to return the money because I had to repay it to my friends.

He was so angry when I told him this that he called me names and said I was a very selfish person. When he finally returned the money, I just broke up with him because I knew he was using me to his advantage.

I am 35 years old now. Even today, I find it difficult to trust a guy. Many guys propose to me. I know they do this because I am beautiful. I know they don’t really love me.

I quit my job too later on. I do not have the confidence to attend any interviews now because they see my age and ask me about the big career gap and then reject me.

At home, my brothers don’t talk to me. My dad keeps scolding me. He thinks I am arrogant because I didn’t listen to anyone when I went in for a divorce. They blame me when anything goes wrong at home. I am totally broken. I don’t get any good proposals for marriage and don’t have a job either.

I feel I am a burden to my family and on this earth.

Most things in our lives are beyond our control. We just need to work on things that are within our control. Life does not give anyone anything on a platter. More often than not, all of us have had to work our way out of our setbacks to achieve that level of success/happiness. Do share this story if you too believe that despite the toughest circumstances we all have been blessed with the ability to start afresh in our lives.