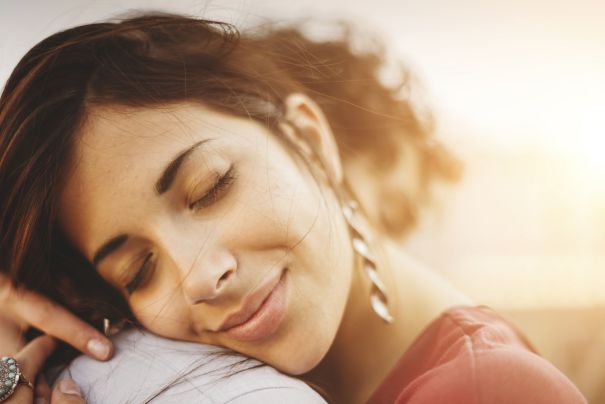 Do not underestimate the damage when a woman tells you that her relationship of ten years has ended. Ten years is not simply two points in history as the earth continues to spin. Ten years is what happens between laugh lines and daily rituals that have worked their way so deep, that they're here to stay- like a mole below the lower lip.

I ended a relationship of ten years, and every time I tell myself that this is the first day of the rest of my life, I succumb to the decade that has woven into the fabric of my life. It's like gravity, it's like skin- you can't leave that stuff behind.

Pradeep was the man my parents liked to refer to as 'Son-in-law'. They hadn't exactly announced to the world that their daughter had found herself a match, but sometimes if I disappeared into my room when guests had come over, they would say "She must be on the phone with Mr. Son-in-law." When you hear it said in your mother-tongue, you can feel your family's potent mischief being inflicted upon your heart. But that's just it.

The biggest rush I'd had since the time I was a teenager in love was winning my parents' approval. After years of talking in hushed voices under a blanket, I could finally call a man at 10 in the night and put him to sleep without fearing a thing. For a girl like me, it was a milestone that had to be celebrated with cake!

At some point of time in your relationship, most shared milestones fade into boring nothingness. It doesn't feel like you've done anything anymore. Food begins to lose its flavour on date night and movies take the pressure off making conversation. You no longer cover your head with a scarf when you're sitting behind him on the bike, but you're not smiling either.

I don't blame Pradeep. He's a hard-working man who's an asset to any company. But he lets work get under his skin all the time. Always stressing, always pushing himself to do more, however, he was never the only victim of that pressure. I wasn't there, but I bore the brunt of it. I don't know how long I kept telling myself that all his hard work was only to ensure that we had a bright future together, but there came a time when we were away for far too long. What future does a relationship have if it's not lived in the present? Where is the kindness in hoping for a future when you don't feel the love today?

I'm like any other girl, like any other human being- I dream of being happy with the man I love. But that dream became a place where I went to torture myself because it changed from love to desperation.

I had to end the relationship. I didn't do it overnight and I didn't even do it in a nice way. For three years, I let my demons get the better of me as I slowly undid everything that I held sacred in my relationship.

At first, I fought and threw tantrums. I stopped talking to him, and if I got tired of waiting, I started yelling at him. I try to forget half the things I said to him because they were so caustic, it makes me ashamed. I became a horrible person just for trying to get his attention. But love cannot be won by anger- I had to learn it the hard way.

Today, I know better. Anger always looks irrational when you look back at it. But even back then, when I wasn't angry, I was sad. I cried myself to sleep on many, many nights. I cried on the phone with him. I hated feeling the way I did and I blamed him for causing it. I wanted it to stop and I couldn't- how could I explain this to my parents who thought that everything was going well with us? You know how parents are. If I said that we were fighting, they would ask me to patch up, to adjust, because isn't that how they did it for decades?

I didn't want to be the girl who ended a valuable relationship just because I didn't know how to adjust. What kind of a wife or daughter-in-law would I make if I ended something before it even started? The only legitimate reason I could use to end a relationship is if Pradeep ever cheated on me. And quiet, sweet Pradeep could never do such a thing to me even if he tried. So in the end, I became that villain.

I finally began to get his attention, but not in the way I had hoped. His attention turned to the details- who was I talking to when his call was waiting? Why was I spending more time in the 'office' and coming back home just before dinner time, when it wasn't too late? Who were these mysterious friends from college that I was suddenly meeting over the weekends? I'm usually enthusiastic and cheerful about everything. If I met old friends, it would be on my Facebook and Instagram in two minutes. But I did no such thing.

I had even changed the passwords of all my accounts. I don't know whether to be ashamed that he wanted to check my inboxes, or angry that he tried. Love turned to suspicion in every step of the way.

From the beginning, the only problem I ever had with Pradeep was how possessive he was. Every girl who is ever nice and friendly has been told to "stay in limits". I always stayed in my limits, especially for Pradeep. I gave in each and every time to make sure his insecurity didn't get aggravated. I had even stopped talking to people sometimes. But being a social person, this happens over and over again. Most of them pass without much drama. But if things have to go wrong, they have to go wrong only once. And that one time for me was Bhaskar.

Bhaskar never said that he loved me, but he always behaved in a way that made me feel cared for and valued. You can live your entire life without feeling special because you're used to being you. It's only when someone tells you how you look to them, you understand how you're making a difference.

It didn't matter to him that I had a boyfriend- he was never inappropriate with me, but he made me feel everything that I wanted Pradeep to bring to my life. I would love spending time with him, and when I went back home later, I would be sick with guilt.

I finally mustered the courage to tell Bhaskar that I intended to marry Pradeep. He asked me something quite simple- "But how does that affect our friendship?". It was hard for me to believe that a man cared for me so much without wanting much in return. Between wanting to be with him and trying to find peace of mind, I began avoiding Bhaskar. No matter how many times I disappeared, I always came back, and he would be there for me as if nothing had happened. This went on for a year.

It may have taken Pradeep twelve whole months, but he began to understand the nature of my relationship with Bhaskar in parts. He was angry and disappointed, we fought like the world was ending. We couldn't hurry enough to find a resolution but we knew that after spending so many years together and convincing our families and friends, we had to go through with what we started. Pradeep gave me another chance and we tried to have a fresh start.

What a joke! Why do we tell ourselves such grotesque lies just because our invested time seems too precious to lose? I can't remember managing to make one happy memory since we decided to work on our relationship. Every time I felt his hand on my shoulder, I would stop for a second and imagine Bhaskar standing behind me before I turned to look at the disappointing face of my boyfriend.

Every time Pradeep did something that I liked, he would cruelly ask "Did that man do it too?"

Meanwhile, I had blocked Bhaskar. I completely cut him off without a word of warning. It was difficult to do, but my sweet, supportive Pradeep was there to help. He was there to look over my shoulder and ensure that I blocked him on WhatsApp, all the while making useful comments about my choice of emoji. The abrupt separation only made me want him more.

There were times when Pradeep was actually trying, actually being nice, and becoming the boyfriend I had always dreamed of. But a bitter, unhelpful voice in my head would lament that it was too late. The moment had passed, my heart belonged to someone else.

So I did the only right thing that was left to do. I broke up with Pradeep once and for all, in the hope that he would find a woman who could reciprocate his love like he deserved it. Hoping that he would find someone who was capable of staying loyal without abandoning the ship.

By the time things finally ended with Pradeep, I had missed the train to Bhaskar's heart. I don't know what his intentions were, but it matters to me that he is also happy.

Here I am with no one to love, hurting, not being able to receive love from anyone. There are no uncertainties in my life any more, but it is pathetic because I know that I am truly alone and I don't deserve love.

There is a bigger price to pay for breaking hearts and bringing sin into loving relationships. I wronged my family and his, I tainted the future that we had dreamed of for ourselves. I am a believer of Karma and what goes around, comes back around to haunt me. I did this to myself with my own two hands. And if I survive this and live for another day, I will have another story to tell you.