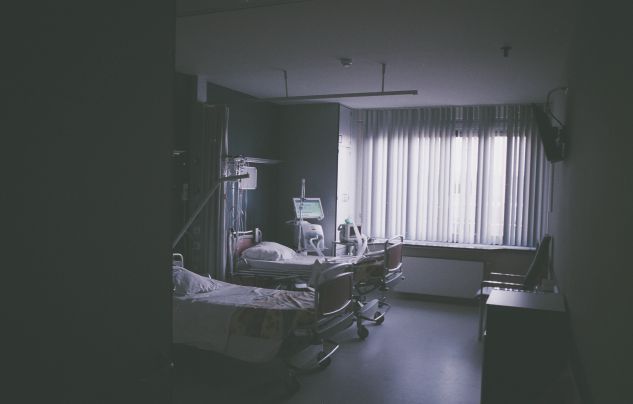 An elderly woman who was diagnosed with metastatic cancer was a regular patient coming to my emergency department. She would often complain of pain, constipation, low blood sugars, low blood pressure, neutropenic sepsis, and all sorts of post-chemotherapy complications. She used to regularly call for our ambulance services to bring her to the hospital, and also had a caretaker with her 24x7.

Since her husband was a retired army officer, her treatment was free of cost at the designated Army Hospital in Mumbai. Hence she never got admitted to my hospital, but would always prefer to be shifted to the Army Hospital for further management, after taking primary treatment in my emergency.

I had myself attended to and treated her on multiple occasions and could visibly see the agony and frustration on the face of the elderly, frail husband. Their children had settled abroad leaving the elderly couple to fend for themselves, grappling with the struggle every single day.

The husband had many times requested me for a prescription of injectable sedatives, which I always turned down, and told him that she will need to be under monitoring in the hospital if administered the same (overdose of sedatives can cause respiratory depression, circulatory collapse, and death). Such prescriptions are always given by a registered medical practitioner with their stamp and registration number.

It so happened that on one of the night duties, the husband came to my Emergency department, alone, and was attended to by a young, freshly passed MBBS graduate doctor, who was unaware of his background, and the possible complications of such drugs. The senior doctor with her on duty had gone to shift a patient to the ICU, and got busy because the patient crashed in the ICU and needed resuscitation.

Sensing an opportunity, the old husband started crying and begging the young doctor for the prescription of the injectable sedative, saying his wife could not sleep due to the pain. Initially, she refused, but subsequently gave in to her emotions, seeing an elderly man crying like that. Call it immaturity, or lack of experience and far farsightedness, she wrote him the prescription for a vial of the sedative.

Within 2 hours, the patient was brought dead to my Emergency! And one need not be a doctor to guess the cause of death.

I refused to issue a death certificate, knowing that it was MOST LIKELY due to the sedative overdose, which the patient would have been administered, by the husband, or by the attending caretaker at the insistence or instigation by the husband (you don’t have to be a healthcare worker to know how to load drugs in a syringe and press its plunger), which would count as a murder in a court of law. At the same time, knowing her case, I did not initiate medico-legal formalities. There was neither any visible evidence for me to do that, nor did I see a point in making the old man suffer any further.

She was then taken to the same Army Hospital, where her treating doctor, unaware of the entire plot, issued a death certificate which read – Metastatic Cancer, as the cause of death.

Till date, I don’t have an answer: Who was right and who was wrong? The husband or me?

But whether I find out or not, I continue walking the tightrope of medical ethics every day.

Goosebumps? Me too. Before you go, ask yourself this - what will really happen to the world if all journalism was authentic? So why not be your own journalist today?

Begin to tell your truth here.