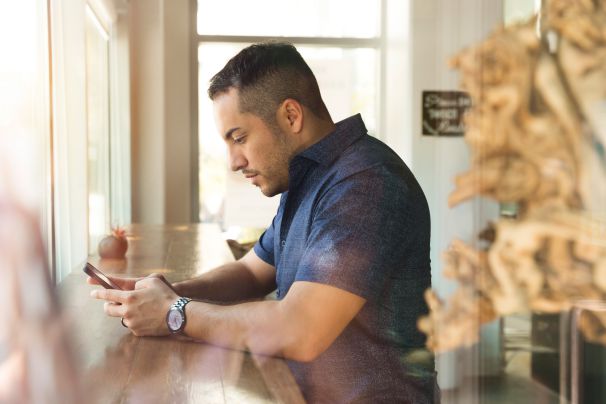 My story is a little different, and confusing, to say the least. It began a few months ago when I met this girl through Facebook. We were friends, but eventually, this changed into us becoming much more than ‘just friends’. I guess it’s true when they say that a girl and a guy can never be only good friends.

We fell in love and confessed our feelings to each other at the same time. Everything during that phase was perfect, we met as often as we good, we spoke whenever we had the time to and life seemed to be going in a positive and great direction.

One day, she started talking about her ex. She had told me about him earlier, but not in great detail. That time, she had just broken up, so I was trying to help her feel better or to somehow mend things between them.

But this time, she told me the real reason things didn’t work out with him. He was only involved with her for the physical intimacy that they shared, nothing more. And this had hurt her beyond repair. She thought it would take months or years before she could trust someone again. But she was extremely happy that it hadn’t, and because of this one unhappy ending, she found me.

I told her that I loved and respected her more than I could express and I was happy that she wasn’t with someone who didn’t treat her as she should be.

Out of the blue, I get a Facebook request from her ex. I wasn’t sure how to react to it, but I kept it from her and decided to decline it for the time being. However, as soon as I did this, he began sending me messages on Facebook, abusing me and telling me that I was sleeping with a s***.

I tried, calmly at first, to get him to stop talking to me or about her in this manner, but being as young as we are, it didn’t take me long to be instigated by this monster and we ended up having a horrible conversation on Facebook.

Now I knew that I had to tell her all of this, not the details of the conversation, but she needed to know that he had reached out to me and we had exchanged not-so-pleasant conversations.

When I told her, her first reaction was to ask me to send her screenshots of this. I refused, saying there were things on there that he had mentioned, about her, that she shouldn’t have to go through.

She kept insisting, I kept denying.

Suddenly, she sends me screenshots of the same conversation and tells me that I should never get in touch with her again.

I’m confused, and I tried calling her several times. She never answered.

It’s only when I re-read those conversations, did I realize that her ex-boyfriend had changed our names! He made the conversation read as though I was the one who called her a s*** and how she was my s*** doll that I could do whatever I wanted to!

I couldn’t believe this. I tried to send her the real conversations, but now she believes that mine are doctored.

Today, she’s back with her ex, since he saved her from being with a ‘monster’ like me and I’m left wondering, how did my true love and affection for this girl get blindsided by him?

Share this story, because it's necessary to remember that every story has two sides, and it's important to understand them first before making any decision, big or small.