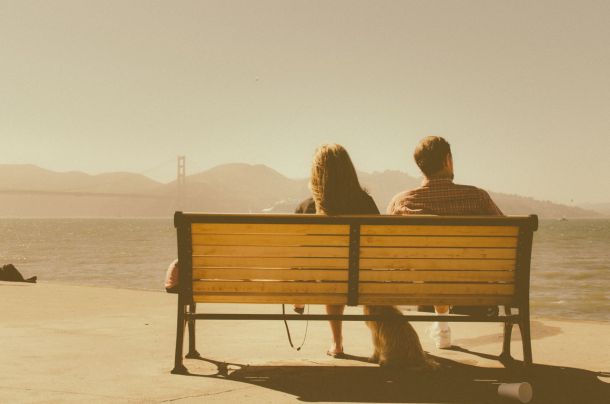 I met a guy online. He began to message me regularly. At first, I ignored him but he always sent me good morning texts and asked other things. I just replied out of courtesy and he was not saying anything bad. Soon we began chatting on Facebook regularly. One day, he asked for my phone number. I gave it without hesitating. I was doing my masters in literature at that time. He lived near my university but we didn't meet before.

One day he called me and said that he was waiting in front of my university. I immediately panicked as I was not ready to meet an unknown person face to face. He kept on insisting. I somehow managed to postpone the meeting. Then one day, he asked me to meet again. I finally decided to meet at a mall. But he wanted to meet in a church, away from the area. I was reluctant but he insisted that the church was a beautiful place and we could spend quality time together. I finally agreed.

The day of the meeting arrived and I went there and saw him for the first time in person. He was very handsome. I liked the sound of his voice. He could sing well. We met and talked and then he dropped me off to the station on his bike. But I found one thing really off.

He asked me to cover my head with a dupatta and then put on the helmet. I asked why. He said that his mother used that helmet and the inside must be oily and my hair would get ruined. I did what he asked me to do. He then said to cover my face as the road was very dusty.

Then we kept on meeting every week. Mostly at that church. He used to go to office at 1 pm. He used to call me after 10 in the morning. He said that he was a light sleeper and a slight beep of the phone was enough to wake him up. As he usually returned late at night, I never disturbed him early morning. He called me before going back home. Things went on like this for months.

He finally said to me that he loved me. I was already head over heels in love with him. And so our love story began that day.

During the weekends, I used to teach in a private teaching institute and hence, had no time to talk to him during the day. He would call me in the evening on Saturday and we used to meet on Sunday evenings. Things were so beautiful.

One day, I wanted to go on a lunch date but he said that he didn't like the hustle and bustle in a restaurant. I felt bad. I wanted him to meet my friends but he always got busy at the last moment.

My family has an empty apartment. When he got to know about that, he wanted to go there. I didn't want to. But he somehow convinced me. We had sex there regularly. One day, one of my friends said that there was a Facebook account under a different name that had his pictures. She sent me a link of that profile. But I couldn't open it.

Apparently, I was blocked from that profile. I thought it was a fake one and created another profile to see that. There I found many pictures of him and some pictures with a woman. I sent a request to that woman from my original account. She accepted it instantly.

But somehow I couldn't tell her about her husband's infidelity as she was carrying his child and the shock could be harmful to her. I am still friends with her on Facebook and I have plans to tell her everything after her delivery. Hope she will forgive me.