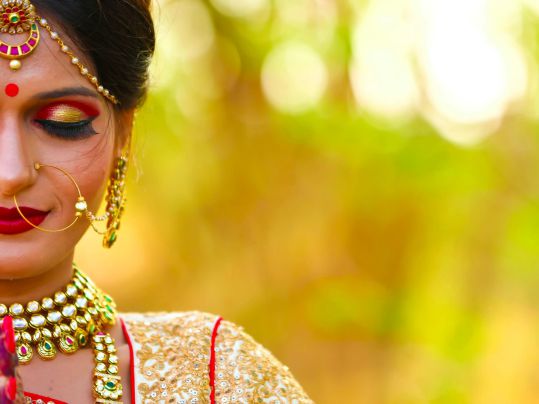 I write to you today, something I should have done a long time ago. It should not have been difficult for me to tell you how exactly I feel taking into consideration you have always encouraged me to be open and transparent with you. And that’s how I have always been, unlike my sister and brother who had separate lives of their own and were not as emotionally dependent on the both of you.

I was not obedient or I was never forced to do anything you wanted me to do. Though I was your child and you may have had plans and expectations out of me, you still let me do what I wanted. When didi got married, I remember you telling me how much you wanted each of your children to settle down in life like my sister. She was happy, married to an amazing loving family. When I fell in love in college, you knew it but you never asked me anything about it.

I remember overhearing a conversation papa had with you ma, where I heard you say that all this was normal and I should be able to make my own decisions. I was taken aback, I was so proud of being your child.

But when I was cheated on and was heartbroken and could not come to terms of being rejected by someone, no one asked me anything. I did not want you to ask me anything either, I was embarrassed. Embarrassed of my choice, embarrassed of compromising on my worth for someone who probably decided to play with my feelings because I gave him the gateway to.

That made me feel that I deserved all the happiness. You asked me to believe you blindly and I did. From being a brat and being someone who wanted things her way, I began to realize that maybe you both really knew what’s best for me and I believed you.

And then I got engaged, I was excited and full of hope. You promised me that he was the one and I would be happy. I trusted you, I was happy that all of you were relieved to see me get married.

An overweight girl like me was not easily acceptable in the arranged marriage market. But, this young NRI boy said YES.

I had all my hopes in this man. I wanted all my doubts to be cleared by my future husband. I trusted him to make me feel worthy of love. You both left immediately after the wedding was fixed to the US as didi needed you more, she was pregnant. But I often wonder, did it make me want you any less? Was your responsibility towards me over, now that there was someone else who was there in my life?

Excited about this new phase of my life, I tried my best to know this guy. I expected him to show as much as interest as I was showing in him. I was young, and surrounded by girls falling in love and I noticed the romance they were experiencing and I was missing that. I kept telling myself that it's an arranged marriage and probably he was mature since he was five years older than me.

I did everything to like this person and I got married. I was so excited, I had nothing to worry about . All I wanted was to fly to my new husband and conquer my future. As I was leaving, you again told me how happy you both were getting me married to this good boy, who was successful. And things turned sour.

On reaching there, his parents made my life a living hell. They demanded for gold. I refused and looked at my husband with hopes of protecting me, he did not. He never demanded it but he did not object either.

He knew his mother was wrong but instead of making it clear to her that I was his wife and I needed to be respected, he asked me to respect her feelings. When I fought with him and told him that this was "dowry", he felt hurt and tried to convince me that it was just transferring all the gold to her account for safe keeping. My world shattered in one minute.

I thought I was married into a progressive household, everything was a lie and I was a joke.

You were shocked too, nothing of this kind had ever happened in our family. We were a progressive and a very open minded family. But what happened papa and ma? Was I not precious anymore? Was my marriage more precious than my well-being? Was my worth compromisable now? You brought me up with morals and principles and all of a sudden they were non-existent?

They insulted you and me and our entire family. Not once did you ask me to come back. You are my parents, did you not feel my pain?

What were you were waiting for papa and ma? Were you waiting for me to tell you and make my decision? Did I know any better? And even if I did, couldn't you have given me a gentle reminder of what I really was worth?

It has been four years now and I'm braver now to take my own decisions. What used to bother me four years ago does not bother me anymore. But you both have grown older. You both have become weaker.

In four years papa, I’ve seen you grow weaker mentally and physically and again, I can’t tell you how I feel for I fear the worst everyday. I never felt the need to hide anything from you unlike many other children who thought their problems might hurt their parents. But today I feel the need to. You were definitely not my best friends, or you were not those “cool parents” that one sees in movies. But I did expect you to guide me and correct me when I was doing anything wrong.

Your responsibility did not end when I got married. At least it shouldn't have. You were and will always be my parents. You should have known best. I never would have blamed you if you had just called me back. I knew you intended the best. But today, I blame you.

I blame you for letting me stay in this marriage after witnessing me slip into a depression, and becoming morbidly obese. I feel disgusted by the sight of myself, me not having a career for four years and most of all, me compromising myself and my self-respect every step of the way.

Papa? Ma? Do you remember the times you told me how amazing and unique my personality was. I am not that person anymore. I just exist without a purpose today. I was precious remember? I'm not anymore, not to you, not to my husband, and definitely not to myself.