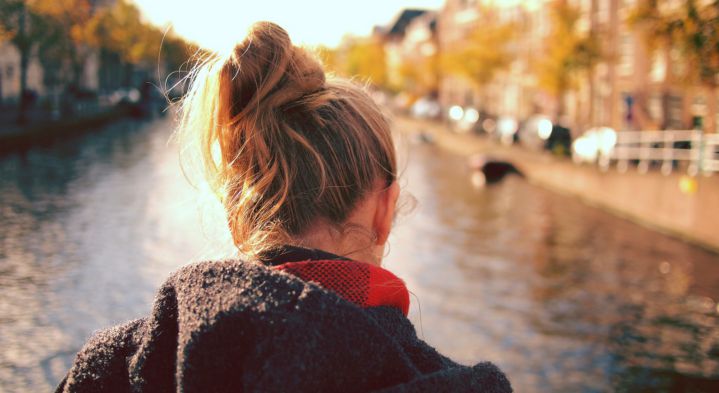 Love and happiness can happen in various places. You don’t even know such places exist. Your first movie together, your first ice-cream together, a long walk with him, or anything that is equally unexpected.

Sadly not all stories end with ‘happily ever after!’ At least in my case, it was not the ‘happily ever after’ story that I had always dreamt of. I was in a relationship with a guy. He was my senior in school. He was the man of my dreams. He was my crush. So when he proposed to me for the first time, I was on top of the world. Of course, I said, “Yes!”

It was a kind of long distance relationship. He was in engineering college and I was a commerce student. His college was in the suburbs and mine was in the heart of the city. We met once in 3-4 months because of our hectic schedules.

We were good friends before we started our relationship. We used to share each of our tiny and insignificant details with each other. It was during this time that I realized that I wanted to share my life with him. But at that time, he didn’t have any feelings for me and I never forced anything on him.

He had a faint idea that I loved him but we never talked about it and I was happy just being friends with him.

I could not understand how our daily phone calls were eventually not answered by you. Why did you become so cold hearted? Why had we become strangers despite being in a relationship?

I trusted you hundred percent. You were an open book for me. There was no chance of me doubting you because I knew you would not cheat on me. I know our relationship was going through a hard time. You were busy with your college, assignments and exams. I understood that you were concerned about your career.

Even when you told me you were unsure of our future together, I stood beside you. I had faith in ‘us’.

I believed that we could pass through this phase of time too. I think it was mostly because I wanted it to last forever.

So the day I learned you were cheating on me, I was shocked. I could not believe that you were the same person with whom I had fallen in love. You said, “Sorry.” You convinced me that it was a mistake (Actually, I convinced myself because I was not ready to let you go).

Things were back to normal and so were you. You continued to take me for granted. Everything was happening so quickly that I could not even understand the things happening in my life. I still wanted to believe that you were the same person whom I had loved.

But it turned out that you were a completely new book to me now. Suddenly you were finding excuses to point out flaws in me. You pointed out that I was gaining weight. You said that I was dumb. You said I was not good enough for you. And when it exceeded the limit, I decided to have a serious talk with you.

But you never had that conversation because you said you were just teasing me. Sometimes, I was stunned. I wondered how anyone could treat me like this. You couldn’t see my pain. You continued with your mental abuse. You were not ready to talk about it and told me that “I think too much.” How can I not think about it so much when the quality of your words degraded day by day?

It was my friend’s birthday. It was also the last day of my second-year exams. Things were getting better between us. Again I was filled with hope and thought that we will get through together.

That day I learned from my friend that you were also interested in her twin sister. I could not speak a word to her because I was in a state of shock and did not want to ruin her birthday. I learned from her that you guys talked daily for about an hour or two. And here I was making your projects for you because you were too busy.

I asked for an explanation from you. Again you repeated the whole process of saying “Sorry!” and so on. But this time things were different though. I didn’t breakup with you immediately but was sure that this was not going to last. We continued our relationship. A few months later, it was your birthday. I had planned a lot for you because somewhere deep down within me I still wanted to be with you.

You said you wanted to spend your birthday with me. You asked me if I could stay over at night. I declined and you said it was okay. But you didn’t turn up at all, giving silly excuses.

You forgot to wish me on my birthday also. When I saw you flirting with a girl for the third time, I called the relationship off. We didn’t talk for three years.

Then suddenly I bumped into you at a place. You said you were sorry. You said you had changed and were still waiting for me. But I found this hard to believe. After that, we talked once or twice in a month. You tried to convince me that you had changed. I had started believing you though I never showed this to you.

In the month of May you asked me if there was any chance of us being together. I said “No.” After a week you told me that you were in a relationship with a girl whom you had met at a family function seven months earlier.

I was unable to digest that. I thought that maybe you were trying to make me feel jealous but that was not the case.

I started avoiding your text messages and calls. But you asked for an explanation. It ended up in a fight and your last words were, “I tried all these years to get you back in my life. I am lucky that I am with her!”

Today when I saw your lovey-dovey Facebook post with her, I realized that you were the same to her that you were to me at the start of our relationship. I am forced to think about your earlier statement. How the hell can you say you tried to get me back in your life all these years, when your actions prove otherwise?

It is hard to believe that nowadays people fall in love at their convenience after doing some basic caste and color check. You have told me “Sorry” hundreds of times before. But I have some questions for you: Why did you play with me? Why did you cheat on me? Why did you lie to me? Why did you mock at my feelings?

Share this story because sometimes love teaches us a very bitter lesson but we do learn to live with dignity in an unfair world.