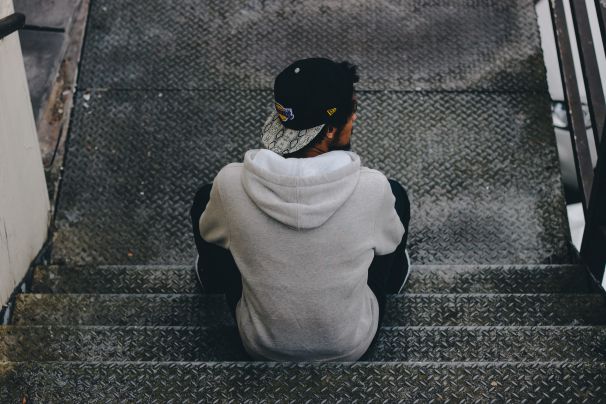 I was a very tough guy. I was very rude at times. I hardly had any good friends during my school days. It’s not that I had no friends.

I had lots of friends but no one would stick with me for a long time.

I was a little crazy about sports especially cricket. When I joined my pre-university college I registered my name for the college cricket team. A guy called Ravi David asked me to include him in the team. He was a good player so I included him in the team. We often met on the ground. I thought of him as my cricket friend now.

We slowly started talking a little.

He was brilliant with accounts and weak in languages. I was just the opposite so we started helping each other. One day I went to his house for a group study session. We hardly touched our books.

We just chatted with each other for a long time. That was the day my cricket friend became my best buddy.

After we finished our 12th standard, he joined evening college. He was a responsible guy. He started working during the day and I was busy with my college and friends. Yet we made it a point to meet each other during the weekends. He spent all his hard earned money on his friends and always helped other people. We would party hard, hang out, watch movies and spend time with him during the weekends.

He taught me how to handle money, help others and forge and maintain bonds.

Several years passed in this manner. We became very good friends now. We completed our graduation and joined different corporate firms. Life was going along quite smoothly for both of us.

We had become more or less family friends now. He knew everything about me, my family and my girlfriend and we stood by each other during our tough times.

Ever since I was a child I had always wanted to visit a holy place called Velankanni Church in Tamil Nadu. Ravi fulfilled my wish. He arranged for a trip and both of us visited this holy place with 5 of our other friends.

I was so happy that day. We enjoyed that trip. When we reached our homes we decided to visit this holy place every year for the next five years.

When we tried to plan our trip for the 6th year, a lot of things happened. We couldn't fix a date and kept postponing the trip for a long time. Finally, we fixed a day and booked the tickets. We were accompanied by 8 other friends. Both of us were late for the train. Somehow we just managed to get on the train.

But strangely the journey was not very enjoyable this time. I wondered why I was feeling so restless that day.

None of us slept that night in the train except Ravi.

For the first time in my life, I felt that he was avoiding me.

He sat by himself and avoided all of us. We didn’t bother him because we thought he was tired. We finally reached our destination.

I don’t know why I started feeling even more restless now.

We directly went to the beach. Every year both of us would go to search for hotel rooms but this year he said, “Oyiee! I will wait here. You go and book the rooms.” So I went to look for rooms with two other friends. He was on the beach with 6 other guys. I booked the rooms, freshened up and was on my way back to the beach when I got a call on my phone.

One of my friends had called up to say that Ravi had drowned in the water.

I said, “What?” I yelled at him. I asked him why he had allowed Ravi to go into the water. But the call got disconnected. I was very confident that my friend was playing some kind of a stupid prank because I knew Ravi was a good swimmer. When we reached the beach Ravi was not there. But the people around the beach told us that they had taken him to the hospital. I rushed to the hospital.

I was still hoping that all this was not true. I walked into the hospital and I saw my friends crying. I asked them where my Ravi was. They pointed their finger towards the mortuary. I could feel my heart pounding.

The minute I walked into the mortuary I saw that great soul lying dead on the floor. I broke down. I cried. I shouted. I asked him to look at me. I asked him if he could hear me but he couldn’t. He had left me. He had gone to another world. My eyes filled with tears when I closed his eyes. I slowly walked out of the mortuary.

It was only after meeting him that I realized how precious a friend he was to me. That incident has left a scar on my heart. It will never heal. It has been 7 years since he left me. But I am still not able to forget that ill-fated day.

It killed me to travel back with his chilled body which had no life in it.

Ravi, the days that I spent with you were the best days of my life. You will always remain my best buddy. “Oyiee! I miss you. May your pure soul rest in peace.”

We share an instant deep soul connection with a few people and they transform our lives forever. Such people become an important part of our lives. Let’s share this story and cherish all those glorious moments that we spend with our loved ones. Let’s not forget that life is a fleeting affair. It may take a long time to accept the reality but eventually, we do make our peace with it. Let’s learn to smile when we think of such souls.