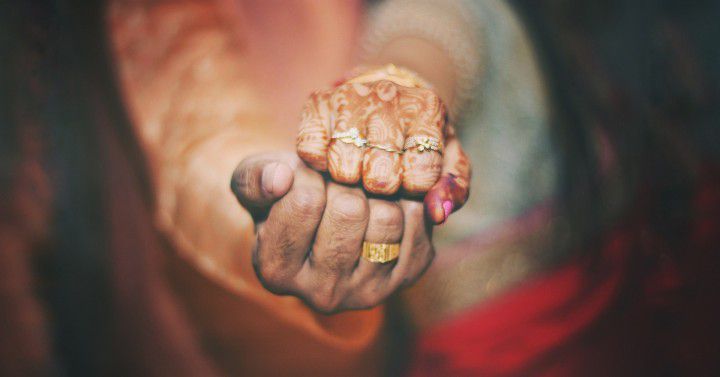 She wants to have a truthful marriage but are Indian men ready?

Is it the same everywhere? Does every body compromise with their honesty before marriage?

These were the words which shook me somewhere during a conversation with my bestie. I couldn’t do anything but listen helplessly.

My friend had an arranged meet with a guy she found online for marriage. She is of a ‘marriageable’ age now (I still don’t know what that actually means). From a matrimonial site with a Diamond Membership, she chose a guy of her caste (no she isn’t casteist, just heeding to family wish). But this was not the first person she was meeting. Probably the third or fourth! They met in a mall.

After exchanging pleasantries, they got down straight to business. Serious conversations followed. It was like writing on a clean slate as they were meeting for the first time. My friend opened up about her life pretty honestly. She is an ardent believer of positivity and transparency.

How would you like to carry yourself after marriage? The conversation between them escalated to clothes. I will wear anything that makes me feel comfortable. Mostly I wear kurtis and jeans. Could you just wear sarees after marriage? He tried to ask politely with a justifying demeanour. I wear them on occasions and when I feel I should. Carrying a saree on a daily basis is a task.

My friend tried to hide her uneasiness at the first red flag.

What about living with my family? I don’t have a problem with that. I am ready to treat your parents the way I see mine. I understand that parents are important.

What about the business you are handling? Won’t you shift? That will remain the way it is. I am the one who handles it solely now. I will make sure it expands, my friend shined with confidence but shaken a bit over the saree thing.

Can you explain the saree thing to my mother? The guy tried to reason with my friend. We can think about that later if need arises, she retorted back reluctantly. Somehow, the conversation with awkward pauses shifted to past relationships. She answered honestly on how many people she dated. How she managed to bring herself back from a relationship that lasted more than 5 yrs! It was a LDR. That guy(her ex boyfriend) couldn’t make his parents agree for the marriage and things ended pretty badly.

Anyway, the matrimonial guy had pressing concerns about the saree and her independent nature. In the evening, my friend’s father got a call from the prospective groom’s father.

The next thing she sees is her father yelling at her and cursing her existence. Her mother too, humiliating their daughter who had apparently brought unwanted shame to the family. The next day, she was taunted and lectured on being extra-modern and demanding. She was thoroughly disappointed and depressed.

So, she called me up. I hadn’t ever felt bad the way I did for her that day, ever. Her only question- Is it not okay to be completely honest and build foundations of marriage on truth, honesty, and transparency? I calmed her down to the best of my efforts. Even diverted the topic but could not evade it successfully.

So, I counselled her as far as I could. She cried her heart out. How I wished to hug her, was way beyond any words of sympathy. I knew a hug would do. But damn our lives! We live 1700 km apart. Next I come to know that she is to be grounded for some days and might not be able to run her parlour business the way she wants to.

All this because she was being honest about herself and some stranger’s parent had the audacity to question the character of the girl based on the duration of her relationships! But her question still loomed largely at the back of my mind.

Are all arranged marriages based on compromises of hiding things in the beginning or some lucky ones break this chain too?

Have we really changed or evolved at all as a society? Share this story so that people can be made aware of the shackles we continue to live within.