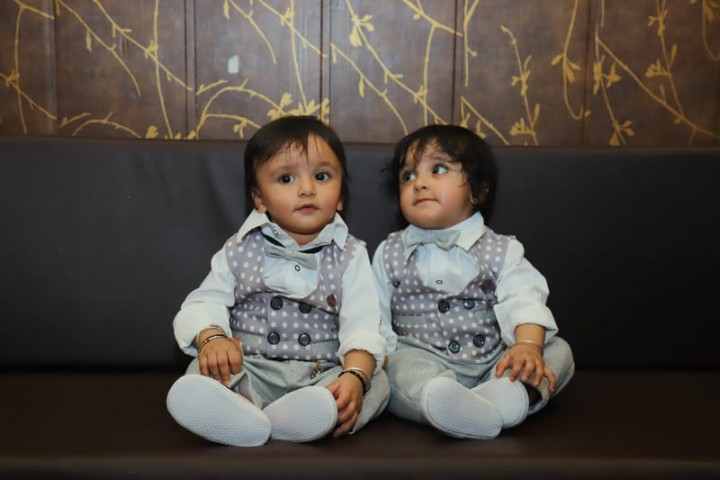 My roller-coaster journey began when I found out I was pregnant with twins. Every day has been a little complicated for me from that day onwards. I gave birth to premature babies who weighed less than two kilos. Breastfeeding them became challenging as they were too small to suck, and feeding them simultaneously was a difficult task. Hence, I kept them on formula milk.

Eventually, the complications decreased, but having two babies at the same time was exhausting. So, I began twin influencing when my babies were six months old to give myself a break. I have followed other bloggers and influencers on Instagram in the past, and I was fascinated by the fantastic features and aspects of influencing. I guess this is what led me to start my journey. It became my way of getting some peace of mind.

My time for myself increased, and I started enjoying it. I used to be a working woman, but I had to give up my job after having children. But, being an influencer kept me on the go in a meaningful way.

In the past, I used to order everything online ahead of time, and on shoot days, I ready the setup while my babies are sleeping. I also edit and take all the shots, as their father works long hours in the office. The entire shooting process and taking care of them can be complex, but my strong desire to be an influencer drives me to keep going.

While I know it's a difficult journey, as a mother, I would encourage you to keep doing what you love, don't give up. You might not gain any followers, but you'll succeed because Rome wasn't built in a day, right? As you see your work gain popularity, you will realize that what you have done has paid off. You will be satisfied with yourself when you realize how much you have achieved.

LIFE IS TOUGH
POEM
JUST IN
Your Stories
YOUR STORY
BAKKAR. CHAI. SUTTA