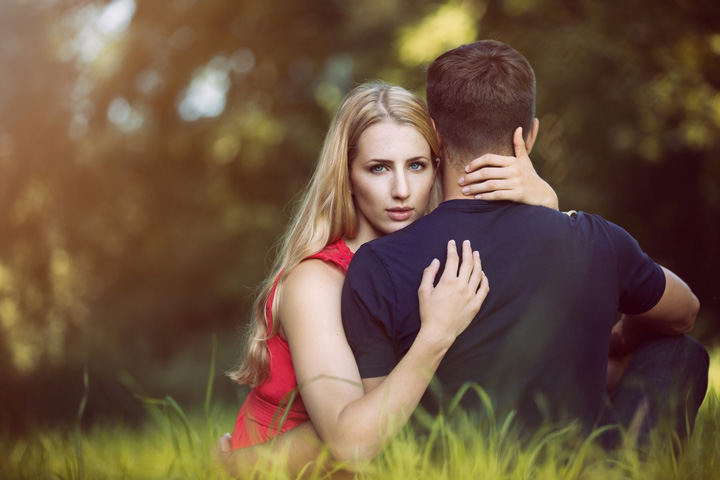 You broke him. He loved you, you lived with him, you were going to get married and then you f**ked up. You cheated on him, multiple times, and now he is broken.

It has been two years since he had to walk away from the first love of his life because you had sex with multiple different guys while you had been dating for 4 years.

To the girl who cheated on him,

I hate you. I hate you with everything that I have. I love him, and he cannot commit to me because you broke him. He is afraid that everyone will commit to him the way you “did”.

He is afraid that every girl is going to be like you and break his heart. I hate you so much for doing that to him and I hate you even more because I cannot be with the love of his life.

The thing that is the most messed up about the whole thing; he is still “friends” with you, because you still want him in your life. You still love him, and to me that is pathetic. You are a weak woman, who shouldn’t be allowed to be in a relationship. He is the nicest guy of the people I know and he doesn’t want to be friends with you, but he chooses to fake it because he doesn’t want to seem as if you won. He doesn’t want you to win at breaking his heart.

He will never ever be able to trust you again; there will be nothing more between you than the casual drink in the afternoon, or you guilting him into hanging out with your new boyfriend. With you still being in his life, you are preventing us from being together. If only you hadn’t cheated on him and just broken up with him instead, him and I might actually be together and — most importantly — he would be fully himself and not some broken version.

He doesn’t trust anyone — he told me that when we first met. But he also told me that he trusts me, which of course meant a lot. I thought that I had started to put his heart back together, but there is one piece that you still have a grip on; the “commitment” part could never be repaired. Every time I kiss him, hug him, or look at him I want to believe that I am slowly putting that piece back together. But I know it’s just an illusion – that you are the only one who could fully piece his heart back together.

He may not admit it, but I know it’s the truth. Whenever he starts talking about you, he gets this look of hatred in his eyes; he wants you to give him that piece of his heart back too. I know that he wants to commit to me — I know that. But you’re holding him back.

So to the woman that cheated on the man that I love: F**k you!