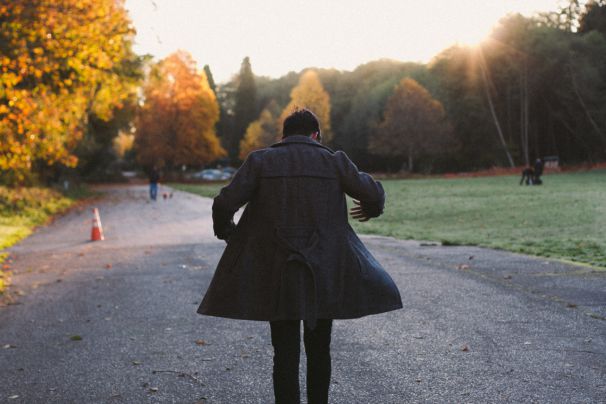 I would not have shared this story because it's so personal, but then I felt, it's important for other women to know about parasites like my ex. I am a happy-go-lucky girl, earn good, look good, perform stand-up comedy, emcee events. I am one of those women, other women look up to. I am known for my communication skills, confidence, a woman without inhibitions or limits.

It was 3 years back when I had a break up with my boyfriend from college. I was going through a rough patch but this looked like an opportunity to many. I wasn't ready for a relationship then. I was heart broken, needed space but I was also vulnerable. I met this guy 'Amit' during this time of my life. He was good looking, intelligent, interesting to talk to, and a multi-talented colleague.

First we became friends, and then one day he proposed me. I was reluctant, but he said I would lose a great friend if I didn't say 'Yes' . Our meetings went up in number and I fell for him, head over heels.

He was the kind of man I wanted, he spoke the exact things I wanted to hear. He made a lot of promises, though I kept telling myself not to believe in everything since I had a bad past, deep down I wanted all of it to be true. He encouraged me, motivated me to do better in my professional life as well as in public speaking. I constantly improved, life seemed like a fairy tale.

He told me about all his ex girlfriends who weren't good to him, and how he was good to them. My respect for him grew even more when he was so honest. He asked me if I was okay to meet his sister, I felt special. I met his sister and we gelled instantly. This was followed by numerous trips together, all 3 of us.

Everything seemed perfect until one day I got a great offer in another city. He knew I was not happy with my present job and especially my manager so he asked me to go ahead and take the new job and he would follow.

I moved to the new city, this was last year, I was 27 then. My parents asked me if I was seeing someone so that they could talk about marriage, else they would find someone else for me. I told him everything. To this he said something I can never ever forget. He said, "Good na, they are looking for a groom, let them find, get married." So I asked him about us. He said he didn't want to get married before 37, which meant I had to wait for the next 10 years to get married to him.

I pleaded him and told him, it would be too difficult for me. I said I could wait for a few more years but to convince my parents for 10 years was too much. He said, "Wait for me as long as you can, and in between if you find someone good, get married." I told his sister all this. She cried for me, but couldn't do anything. With a very heavy heart, I decided to stop talking to him. And he was okay with it.

Days passed and I couldn't sleep. After over a month, I again pinged him and he requested to continue talking as he didn't have many friends, however, he didn't want to give any kind of commitment. I was in touch with him for a few days, he spoke normally.

Last month he messaged me, I was on top of the world, I thought he still cared as much as I did but he messaged me only to inform me about his new 'pretty girlfriend', who he had been dating for the last 6 months. He also told me that they were planning to get married next year. Technically, he would have taken 4-5months to woo her.

So basically it was never about the 10 years of wait. While I spent sleepless nights, he spent nights with her. I have all my sympathies for the girl who thinks he loves her badly. It's sad that she doesn't know that he might be looking for a better replacement.

These kinds of parasites are never happy with one woman, they keep changing partners because they think it's too easy for them. I remember how he talked about his "psycho selfish ex" with me, I am sure the new girl thinks of me as a psycho. I don't really have a problem with that, the problem is with us girls who trust these parasites blindly.

Girls, next time you give your heart to anyone, check out the blood stains in his hand. One good thing that happened to me is that I took my passion very seriously, and I grew with it. With lots of achievements and no man by my side to judge me I feel great. I guess these kinds of life lessons are important for us to come out of our dreamy perfect world. Every time someone approaches me and says a cheesy line now, I laugh because I know these lines very well. I can't thank my ex enough for making me so aware. My condolences to his present girlfriend and the future ones. I wish they figure out the parasite as soon as possible and when they do, they crush him beneath their feet.