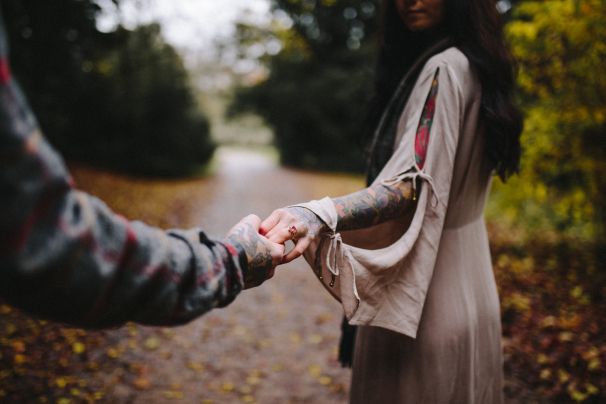 Whenever a relationship ends, we feel sad and scared. We also have many regrets. We look back at the time that we spent together and wonder what we could have done differently.

At the end of it all, we start blaming our guy for breaking up with us. We do so without even trying to understand his side of the story.

Let me now shed some light on what he is apparently thinking right now while he is breaking up with you. Understanding him is the key for you to understand what you should do. Maybe right now he is looking at his life and saying that he is still very young.

The idea of being in this relationship for the rest of his life seems like an awfully long time to him.

It is the same for all relationships. Yes, even for those relationships where people truly love each other. I believe that this is the reality. Your guy is unbelievably confused and he is tearing himself apart because he really cares about you. He has spent 2 and a half years of his life with you. And that is a long time to get very very connected to you and love you. He has become comfortable leading this kind of a life. Giving that up is one of the scariest things that he can ever do.

I can almost guarantee that he does not realize that he thinks it is a wrong decision to stay with you.

Because if he stays with you and continues with the relationship, he will always keep wondering what other things he missed out on.

Now thinking about other unknown things represents risk because maybe you will get over him and go on to build an incredible life without him. Then if someday he realizes that he was wrong, he is not going to get the opportunity to come back to you. He knows that there is a strong possibility of this happening.

And if he did not really love you, he would not be so terrified of the situation. It would not have taken him months to get there. I believe that when he says that he has been thinking about this for months, you shouldn’t feel hurt at all.

In fact, it should actually be an amazing compliment to your relationship.

I know what we, as girls, think when he says that he was thinking about breaking up for the past few months. We immediately think that ‘Oh! Does this mean that the relationship that we shared for all these months was actually a lie? Did you not mean all the things that you said to me over these months?'

What he really means is, ‘He is having an amazing time with you and he is enjoying this relationship. But actually, he is a bit terrified of what else is out there and what he should actually be doing at this point in time in his life.'

It is a compliment to your relationship. When you tell him that he is making the wrong choice by leaving you, you are making things harder for him. He wants to stand by the decision that he has taken. So it is all a big mess in his head right now.

I also believe (many people will perhaps disagree with me on this) that when we say that the right person can come along at the wrong time, we assume that we are always right in every way. Maybe he is not the right person for you. Maybe you are not the right person for him.  We don’t know anything about this as yet. But what I can tell you is that if you are right for each other, you may even meet him at the wrong time. It may be extremely difficult and almost next to impossible for this relationship to work out at that time. He did not even believe that he was supposed to be in a relationship at that stage of his life. That is not your battle to fight. It is not your job to convince him that it is the right time.

In fact, you should tell him that, “I love you. But if you are not happy in this relationship, you can go and do your thing because I don’t want you to have any regrets later on about being in a wrong relationship.”

If he ever tries to contact you again, always believe in yourself and know that you come from a ‘place of love’ and not from a ‘place of game playing.’ Analyze if he is taking a selfish decision or whether he truly regrets losing out on your love.

More often than not, when people reach out to us after a breakup, it is for based on selfish reasons - not on love.

The pain is really really tough to bear. I am not in any way trying to make it sound as if it is easy. But if nothing else, know that the world is a big place. He gave you a gift of his time and his love. He showed you how rich and meaningful life could be if you go out and create connections with other people. And there are billions of people out there with whom you can do this.

Think back to the amazing experience that you got with this one guy in 2 and a half years. Wasn't it a truly amazing experience? Now imagine what this world has to offer? So don't panic. Take it nice and slow. Understand what he is doing, because, at the end of the day, HIS PERSPECTIVE SHOULD MATTER.

Let's share this story because it is time we all realized that not all breakups need to be ugly and painful and bitter. Different people think differently. We may not always understand the decisions that others take, but like this young girl says, we should definitely do our best to see things from their perspective too.