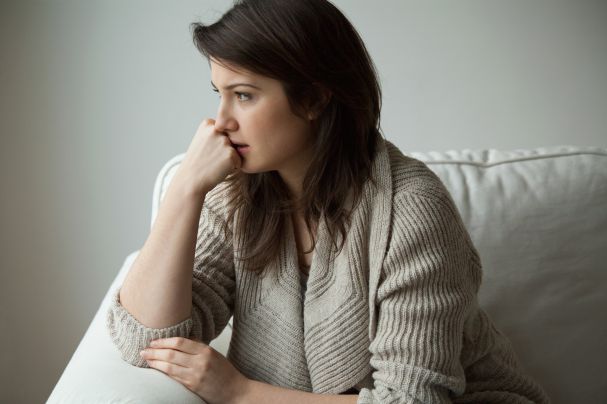 Since childhood, I had read and heard that marriages are made in heaven. I started believing it too and dreamt of my prince charming who would come into my life and complete me. I believed it till I met my guy.

He was the love of my life and I still love him with all the broken pieces of my heart.

I was never in favour of arranged marriages but I belong to a conservative family and agreed to my parents’ insistence. One evening, my family arranged a meeting with a guy and his family without informing me. I was not aware of it till the time I reached home from the office.

I was irritated and tired of dressing up and meeting guys. I hadn’t come across even a single guy who could make me fall in love at first sight. There were nerds who wanted to get married for the sake of their parents or for dowry, so I wasn’t happy about meeting one more nerd. But I was in for a surprise.

I didn’t believe in love at first sight until I saw him that day.

He was calm and composed as he looked at me. I didn’t even realize when he won my heart. My heart said he was the one for me but to my utter shock, my family was not fine with the match. They thought that it would be difficult for me to adjust as he worked in another city and had no female member in his family. I was willing to make adjustments but my parents rejected our match.

I had no choice but to move on and meet other prospective matches. Exactly a month after we met, I received a message on Facebook. I was surprised and happy at the same time. It was the same guy that my family had rejected.

He sent me a message saying he was interested in me and if I felt the same way, then I should contact him. He requested not to inform anyone in my family, as that would damage his reputation. I didn’t know what to do but I was also interested in him. So, after taking a day’s time, I replied that I was also interested, however, I asked him to contact my parents first and if they agreed, we could get married.

But he wanted me to be convinced about this relationship before we could convince my parents.

That was the beginning of our love story. The Facebook messages progressed to calls and late night chats. We opened up to each other completely. We were head over heels in love with each other. He started sending his family members to convince my father about our marriage. I also started insisting on the match but my dad was not ok with it.

He could foresee the consequences of this marriage but I was so blindly in love that I ignored all the warnings from my family.

None of my family members knew that we were in touch because I’d promised him that I would not reveal our secret relationship. I kept my promise; cheated my parents and lied to them.

When my family refused to agree, I blackmailed them that I wouldn't marry anyone else.

My dad loves me a lot and this time, he couldn’t say no. Ultimately, he agreed to our marriage. Till then we were a happy couple but the problems began as soon as the marriage was confirmed.

My guy had always said that he didn’t want dowry but once the marriage was fixed, his family came to our house and demanded dowry. His aunt and cousin sister created several issues to ruin our relationship but we stood strong against all odds. We got married after 10 months of our secret relationship.

I was dreaming of a fairytale life after marriage. Little did I know that all my dreams were about to get shattered. I left my job and my family and moved to a different city because I loved him madly.

My troubles started as soon as our so-called honeymoon phase was over.

He would return late from work every day and I was left all alone in an unknown city. He claimed that he loves me but he has never shown that love or trust. My father-in-law did not know how to treat his daughter-in-law, in-fact he didn't know how to respect women at all. He made each day miserable for me by creating misunderstandings between my husband and me. He would torture me all day with his words and actions. My husband’s aunt and cousin sister continued to create problems in our marriage and they always succeeded.

My husband who had promised to be by my side did not believe nor support me.

It’s been a year since we’ve been married but we’ve largely stayed apart. Every time we had a fight, I had no option but to go to my parents’ house. Each time, my parents would convince me and I’d go back to my husband with a new zeal to make the relationship work. However, my troubles refused to leave me.

I was frustrated and lonely with no support and no time from my husband.

He stopped trusting me and broke my heart several times. When I suffered a miscarriage, he didn’t care to check on me. It was a painful experience that I had to face alone. I was completely shattered and went to live with my parents. Yet, my husband did not call even once to check if I was alive or dead.

Days became months but he never called. Ultimately, I went back to his house only to return within 15 days because things did not change. I couldn’t take it anymore. I was emotionally broken and depressed and even tried committing suicide many times. It’s been five months now that I’ve been living with my parents.

I tried my best to change my husband and his thinking but I failed miserably.

I still love him but he has always taken me for granted. He never wanted a partner, all he wanted was a maid who could take care of his old dad and produce kids. He didn’t allow me to work because he felt that if I started working, they would lose their slave.

Now, I work for a reputed company now and earn well but I’m not happy. I feel incomplete without him but he has never felt the same for me. My parents have promised my father-in-law that they will send me back but I’m not sure whether I should go back and suffer with such a heartless person.

Should I just live with my parents who have always supported me even when I hurt them and married this guy?

My husband has said that he will accept me only if I sign a bond stating that I will never visit my parents again. I don’t know whether I should choose such a guy who never loved me and may or may not change or stay with my parents and live a decent life independently.

I’m still waiting for him to realize his mistakes but I hope that it’s not too late.

Love is a strange thing. No matter how much it hurts, it isn't easy to let go. We continue to endure the pain in the hope that things will get better. But what if there is no light at the end of the tunnel. Let's share this story and help the author to make the right decision that can give her the happiness she deserves.

Your Stories
LIFE IS TOUGH
BAKKAR. CHAI. SUTTA
YOURS GEEKLY
YOUR STORY
POEM