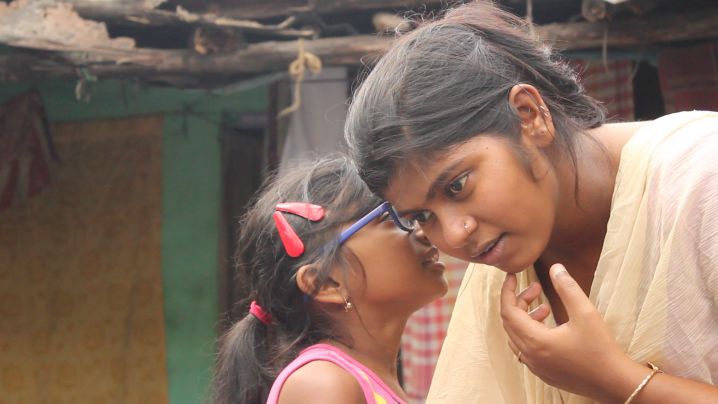 I was born and brought up in the disempowering dark alleys of the red light area of Kalighat. I grew up fighting discrimination, abuse and violence inside and outside my home. But what's important is that I had decided I would not let the story of my birth control my destiny.

I was born to a sex-worker and her alcoholic drone. The culture of silence that prevails around child sexual abuse was too strong in the environment I lived in. I was too young to understand that it was not my fault. I lived in guilt every day. I was constantly devising ways of evading my perpetrator to escape from abusive situations.

It was a common perception in my surroundings that if your parent is a sex-worker, that's what you should be as well. I didn't want to be a part of the dark side but not everyone around me felt the same way.

My father wanted me to get into prostitution so I could earn. Like every child, I looked towards my mother for sustenance and encouragement. She did not disappoint me. She stood strong by my decision to go against my father.

Little did I know that my father was not going to be the only person I had to prove wrong. I wanted to study, and my teachers and peers kept telling me it was impossible for a girl who comes from "such a background" to even appear for board exams.

My teachers questioned my character all the time, and my friends thought I could arrange for women for sexual gratification at a cheaper rate or could provide them with cheap alcohol.

I thankfully passed my tenth grade but my father used up the money I had saved for my admissions into class XI. What followed was continuous humiliation in school that forced me to drop out of school in Class XI.

My alcoholic father kept pushing me to become a sex worker. But despite all the violence and sexual abuse at home, continuous humiliation in school and a failed relationship amidst all this, I was still not ready to give up. The one thing I was sure of was that I wanted a different life.

What I also knew was that I could not do this alone. I started protesting against the atrocities and encouraging other children in my locality to voice their deeply suppressed issues. I found a mentor who took me through a programme called “Adolescent Fertility and Sexuality: Reaching an Informed Choice”. I got a space that encouraged my imagination and I got a chance to voice, discuss, debate and resolve my own needs and concern.

Then there was no looking back. For the past twelve years, I have been with an organisation working with children in the red light area of Kalighat, ensuring that they are not alone in facing the childhood I endured. Together, we’ve made sure that girls in Kalighat are not entering second generation prostitution and boys are not dependent on red light economy.

There is also no child marriage. The instances of sexual abuse have gone down, and are mostly reported. Local clubs, Councillor, Police and authoritative bodies are approached for intervention in any case of violation of Child Rights and we’re forging relationships with schools to make sure teachers engage with the community to get rid of the stigma and discrimination I faced in my student days.

A lot of people ask me how I managed to hold my ground.

I tell them, I found my strength within, drawing from Rabindranath Tagore’s words, “Where the mind is without fear and the head is held high.” The day I realised I was not responsible for my birth, I decided I would take full responsibility of the way my life would be shaped. That has made all the difference.

This story was brought to you in association with Child Rights And You.

My alcoholic father kept pushing me to become a sex worker. But despite all the violence and sexual abuse at home, continuous humiliation in school and a failed relationship amidst all this, I was still not ready to give up. The one thing I was sure of was that I wanted a different life.