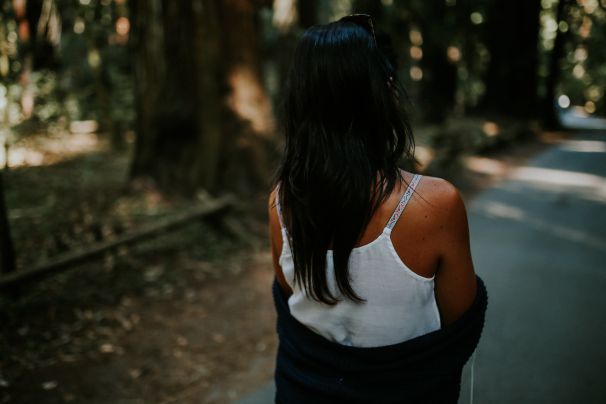 Love-cum-arranged marriage. Even I wondered what that was supposed to mean. That was until I had one of my own.

I met him twice before we got married. I never had a very strong feeling that he was "the one", but there was some unspoken family pressure in the background. Technically, because two young people were seen with each other a couple of times and their families thought it was a good idea to get them hitched, it was "love-cum-arranged" marriage. Even though my family never said this out loud, they were worried that I continued to be single.

So, against my slightly better judgement, I married him. My husband is a really nice guy, but he is definitely not the one.

We are both very different people. And we have very little common ground do get along on.

Still, after a few years of being married, I gave birth to my beautiful child. And I really believed that having a child together would change things for us. But being a parent and aligning on on your child's upbringing is a whole other ball game. The family atmosphere really matters.

Long story short, men need to really get one thing through their heads:

You can support your wife, you know? Help her build a relationship with your parents instead of expecting her to magically figure them out. And it's not very far-fetched if you manage to get along with her parents as well. You don't have to be an awkward stranger who took away their daughter for no RoI. "Paraya Dhan" concept is very last century.

We might not know if a marriage is the right thing for us, right away. Sometimes we only have our gut feeling to go by. There's no right or wrong to marriage. Because eventually, both of us are right and wrong at the same time. And it's easy to feel like the victim, and difficult to admit that separation is the best choice.

My husband and I - we chose each other at one point of our life. Now we choose separation. It's the right thing for both of us.

What I don't understand is why I'm supposed to cry and suffer over this separation? You get judged for having a less-than-perfect marriage. Then you get judged for leaving your spouse. And after that, you are frowned upon for trying to be happy. It's extremely counter-intuitive, don't you think?

I read somewhere that - "sabse choti Umar sirf ek chez ki hoti hai, woh hai News" People will talk for a few weeks and then they want something new. Another gossip, another issue to talk about. So make choices that give you freedom, not the one that entangles you.

Ten years ago, it used to be a pretty big deal if you broke up with someone before you married them. Rewind ten more years and it was horrific to even date someone.

Some day, one day, people might become really chill about divorce. But people who are getting divorced today deserve the same dignity as the ones who will in future. Sharing your story will help normalize that experience for all the people who are going through a very healthy completion in their marriages. We can speed up "being chill" as a society and let this generation struggle less.