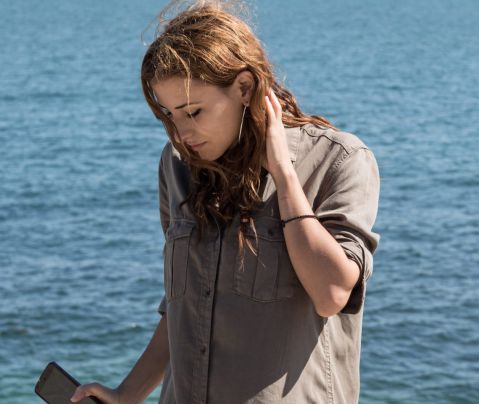 "I try. I am trying." I think that this is the tale of every woman who has ever been in love. I thought this was going to last but it hurts because it gets lonely, boring. Because I remember our plans for the future, I remember how we danced by the fire, how he looked at me every time he said he loved me, how he paid me compliments randomly, the beautiful and well-crafted notes he often left in my handbag, for me to find. This is why it hurts.

His touch was gentle, he knew when his caress had to have pressure and when to play lightly, he was a magical ball of beauty and a beast in his own way. My, he had me good!

It hurts because I never saw it coming. I mean, we were practically in sync like a Mozart symphony. The other ladies were nothing like me, personality-wise, I mean. Some had fuller breasts and thicker hips and lips, others petite but prettier but none could match up to me. I probably shouldn't have done it but then I read their conversations on emails and texts. I stalked them all over social media and others in real life, but none fit his profile as I knew it. I died a little more inside with every message notification, every time he got late from work or from “a night out with the boys”. Then he hit me. I cried. I remember the one time I tried to attempt suicide, I slit my wrist and bled but he picked me up and said they weren't worth it. That I was irreplaceable, special, a wild but beautiful flower and he loved me. I fell for it like I always had. But then he didn't stop. We had the same argument every 3 months. I began to pay attention to my friends' words. They had said I was worth much more, that I deserved better and to stop selling myself short.

This is why it hurt. It's like everyone else was seeing me from the inside out while I was feeling like an empty shell.

I lost it. I thought of calling the thugs on him. I cheated so that he would feel the pain but it hurt me instead. I took to drinking a little too much and everyone said I was being unladylike. Then I became mean to him. He had a good woman but he'd broken her into a million pieces. I flirted and sought emotional support from a previous lover. One time, he was dropping me off and we got into a terrible argument outside my gate, and the guard chased us away. I call a taxi and headed back home because I couldn't stand him.

We broke up a while ago but I am writing this now because surprisingly, I miss him.

I woke up today with an emptiness that was only too familiar because this is how it felt every time he had to leave for a long period. It hurts so bad because all these emotions come rushing in and I cry a river. I try. I am trying. I have been trying to move on past him but it's like he still has a strong hold on me. I can't shake him off.” I read this letter and didn't have an immediate response to my friend. Then again, I have had my fair share of heartbreak and there are days that weren't easy but I pulled through. I know she too will. She'll cry a little more and eventually it will dawn on her like it has many a woman, then she will find happiness in things once again. She will find a reason to smile, a reason to live, a reason to look forward to the next day. She will learn that it's okay to miss him because memories are part of us but they too fade away. Then in good time, she will find better.

Someone who will not be a sick liar or a cheat. Not perfect but good enough.

Share this story if you agree with the reader of the letter.