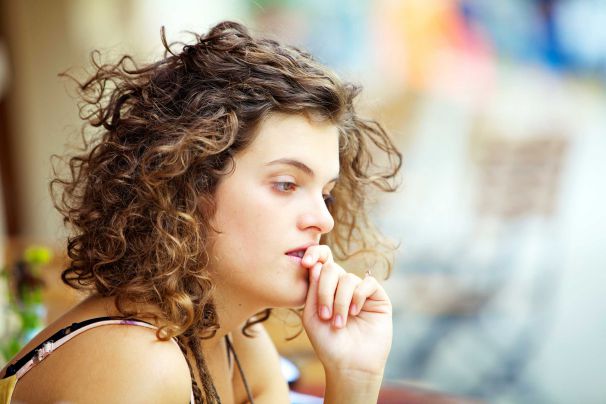 It all began in 2007 when I was seventeen years old. There was this guy who used to hit on me and I liked him too. He showered a lot of love on me and I fell for it. I accepted his proposal in the month of Feb, in 2008. Since then, he had been a very nice partner who would support me in everything, he took care of all my needs and wishes, and would do anything to make me happy. It went smoothly until 2014. In 2013, I got a new job in Bangalore and hence I moved there. He would visit me in Bangalore and we had a lot of fun. This continued till 2014, after which I moved back to Hyderabad.

For my 24th birthday, I badly wanted to spend the entire day with him so I asked him to come down to Bangalore and he refused by saying that he has some meetings. I observed that his behavior had changed since then.

I asked him a few times, what was wrong and why he was avoiding me. He would say that he was busy trying to get well settled in life so that he could ask for my hand in marriage. I believed him and started helping him out financially. But his needs never seemed to end. He was unemployed and involved in illegal activities then. I was completely unaware of the real scenario.

Then in 2015, I came across pictures of him being intimate with another girl and confronted him. He lied to defend himself.

So I got in touch with the girl and she told me that they were in a physical relationship for more than a year. He had taken her to Bangkok twice, apart from having travelled together to Rishikesh, Surat, Bangalore, etc. They would party every weekend, get drunk and have sex. They weren't in a serious relationship though.

I had a feeling that he spent all my money on her. He had borrowed a total of three lakhs from me by then.

When I saw their pictures, I couldn't believe my eyes. I was in utter shock. I couldn't eat or sleep for at least a month. After this, he begged me to forgive him and give him a chance. I continued talking to him but refused to get back into relationship with him. He blamed me for his adultery by saying that I wasn't giving him enough time and he did this only because of my clause in our relationship - we wouldn't have sex until we get married. I couldn't believe that the guy who would do everything for me could cheat on me.

Later, I approached his father and claimed that he took my money, so they asked me to file a case on him. Then my ex gave me a few thousand rupees, and tried to convince me that he would return my money. He would give me excuses like his mom was sick, and would borrow money from me. And once he said to me that his life would be a mess if he cannot arrange 50 thousand rupees in two days.

He begged me for two whole days to help him and I finally gave in. I gave him the 50k, for which he said he would return every penny back to me in a week’s time. But that week never came.

The final amount he now owes me is four lakhs. I later found out that he had borrowed money from a lot of people by giving them different reasons. When one of the lenders filed a case on him and approached me for help, he and his father convinced me that he doesn't owe a rupee to this person, and that they are approaching me because he genuinely owes money to me. He convinced me not to go with that guy to file a case on him.

I got a bond paper signed by him saying he would return all that money in fifteen days. But as usual, I never got the money back. Before this when I spoke to his father, he had said that he would arrange some of the money and ask his son to give me the rest. However, when I called them after the case was closed, they abused me and said that they cannot give me my money so I should stop bothering them. My ex keeps postponing this matter every day and yet hasn’t given me a single rupee. He sometimes abuses me when I ask for money.

He calls me a wh*** and different names like that when I was the one working my ass off for him, while he was having fun sleeping with other girls and merrily burning my money.

I feel so sorry for myself that I fell for such a dire cheater, spent so much time with him, and gave him all my savings. It's been ten years now since I met him, and my parents are not yet aware of anything. My mom is a single parent and she is suffering health issues right now. I don't know how to tell her all this. I wish I could get my money back. I have his chats saved on my phone, a few bank transactions and the indemnity bond as proofs but I don't have the patience to take this matter to court. This is because I have seen that the person who had already filed a case on him didn't manage to get a single rupee from him. He instead had to pay for the court and lawyer’s fee from his own pocket.

No matter how much you love your partner, don’t blindly lend money to anybody because you never know if you will ever get your money back.

Share this story because nobody should be given the liberty to abuse someone they trust.