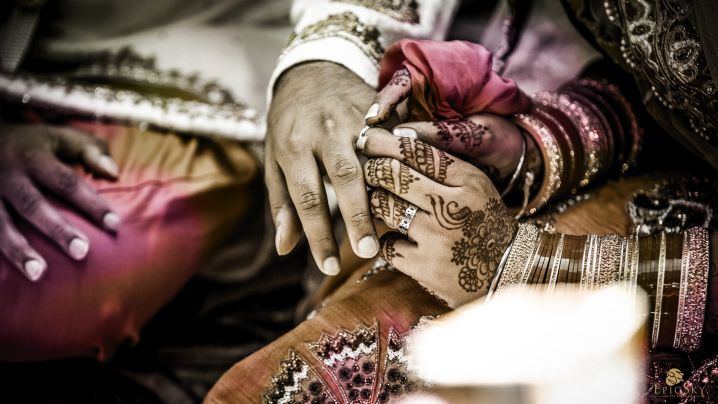 I was born and brought up in Bangalore. An educated, independent, straightforward, jovial, full of life person and my dad's princess. I am my mom's world and my brother's naughty sister. My world was only my family and friends. I got into a good college, graduated and immediately bagged a job in a top IT company.

I started working with a good salary and everything was perfect. My life was completely on track till the day my parents decided to get me married.

The groom hunting kick started and within four to five months they managed to find a boy for me. He was the most eligible bachelor. I spoke to him and I liked him. Within a short period of time, we were married.

My whole life changed as I was suddenly married to a man who had a bad childhood and few psychological problems too. Initially, everything seemed to be fine because of the fact that I loved him or maybe because I did not want to leave him. Until one day, when during a fight, he ran to the kitchen, took a knife and cut his hand. Blood started oozing out and I stood there, terrified by looking at the knife and his behaviour.

There was no one around and I did not know what to do. I ran to the kitchen, picked up the turmeric powder container, applied some powder on his hand and tied a cloth. I slapped him and bursted out crying since I didn't know what to do and how to handle him. I was too scared to tell my parents this.

As the days passed by, these things became common for me, I realised that I married the wrong person but it was too late now.

As if this wasn't enough, he started taking away all my money and his family members were so shameless that they started depending on my money. In order to avoid this, I quit my job and to my fate he never allowed me to work after that. Whenever I got an offer from a good company, he would say that I didn't ask him before quitting the job and after this, he would never let me work.

Girls don't have careers as per him and his mother said that girls were only meant to cook and have children. Though I was depressed, I had that confidence to convince him otherwise. All these things kept happening and my parents were helpless, they felt pathetic seeing me suffer like this. This was not the end, more horrific things were waiting for me.

I became a housewife, quit my profession, slipped into depression but still I never gave up. A little hope lingered for a fairy tale married life, though this would never happen. All those fairy tales were false, I realised that they just misled me. Even after I left my job for him, he still felt like I was just doing my duties as a wife and daughter-in-law.

Things started getting worse and one day he locked me up in the house at knife point. I had seen this scene in a movie but never imagined this would happen to me in real life. I was terrified, those twelve hours of my life is something that I can never forget. He had a sharp new kitchen knife in his hand threatening to slit his throat or slit mine, even if I dared to move an inch.

I sat down terrified, crying, I wanted to see my family for one last time. I just kept praying as if this was my last day and I wanted to see my family before I die. He sat like a psycho with a knife in his hand in front of me and I was scared to even shout. As ill luck would have it, his parents were also not in town. He broke my phone into pieces. I was sure I was going to die.

I cursed God, this was so unfair, I didn't deserve this. I wanted to see my family and after an hour or two he went and slept. He had the keys in his shirt's pocket and a knife in his hand. I was even terrified to touch him, I quickly started picking up the pieces of my phone. Somehow fixed it, called my brother and informed him. They were shocked and devastated.

It took my seven hours to reach my place from Bangalore. Every minute that passed I was scared and happy that I would be able to see my parents. I quickly put the phone back in its condition on the floor and sat down. He woke up to see what I was doing and he was still holding the knife. He started walking towards me and my heart started beating fast. I knew, I couldn't overpower him. I knew, I did not have the strength to escape after such an emotional trauma and when he came near me, my heart sank.

He walked up to me and said that he was hungry and asked me to cook. I was shocked. I didn't want to utter a word. I quickly cooked and saw him eating the food still while he held the knife.

He slept after and I just cried. How did I even marry a man like him? Why did I not realise his behavioural problems? I kept questioning myself and I don't know when I slept but when I woke up, he was sitting next to me, watching me. I got scared, asked him whether he wanted something and he said he was sorry and he did all this because he was scared of losing me.

I kept waiting for my parents but my uncle and aunt arrived before them. They convinced him that they will send me back within two days and got me out of that hell.

We reached Bangalore in the morning and my parents were eagerly waiting for me. The moment I saw my parents, I jumped out of the car even before my uncle even stopped the car. I went running like a baby and I broke down and all of us cried. Probably my parents cried feeling guilty for choosing the wrong person for me and they had let me go through this hell.

My world was shattered, I did not know how to react when his family came to my house and his mother shamelessly justified the cowardly act of her son by blaming me.

She had justifications for everything, even the time she slept in our room and even my husband justified it by saying she is old and she required an air conditioner. She had justifications for the times she taunted me for not getting my periods regularly, to which again my husband said she wanted grandchildren. She openly abused me and my family which was again justified by saying she is short tempered. I realised that there wasn't any value or respect for me in that house.

I realised that I was badly stuck in a wrong place but somewhere my heart never wanted to give up because I truly loved him.

After all this trauma when I came back home I realised that this society will not accept me. They always blame the girl. I could notice those eyes on me that said I had left my husband to be with someone else. Those were the words of my own relatives who asked me to go back or a few of my friends who said he loved me so much and I should forget and move on. Cheers to the society!

However, my family stood like my pillars and I am blessed to have them. By then my divorce proceedings had not started. I loved him so much that, I couldn't imagine my life without him and I made a blunder. I went and met him asking him to mend his behaviour so we could start over but to my surprise he had not changed even a bit, he did not have a pinch of regret on his face.

He said that I screwed up his life. I broke down, came back home. I was left feeling helpless. I cannot live with him nor without him. I stopped contacting him, and there were just two days left for my divorce. My fairy tale was ending, my world came crashing down, my parents had given up as well. I was still hoping for the best, I did not give up.

I went to court and signed the papers with tear eyes for my dreams of marriage were over. My brother stood watching helplessly and with a ray of hope that everything will be okay. My ex-husband signed the papers and he left without any regret. I came back home and texted him telling him that I couldn't believe what happened.

He texted back saying, "You deserve it." I found out that he had already got a job in Bangalore four months ago and he was in Bangalore before our divorce. He had moved on and also ready to get married again. My world came shattering down, I kept questioning myself and my fate.

Six months after divorce, I am still trying to get used to the so-called normal life, now I am scared of attending functions because I can see people tagging me as a divorcee. I see a crowd and I run away because people have actually forgotten my name. Maybe, I would never want to get married again.

Now, I have settled back into my life with a good job, my confidence is on its way up and I don't regret being a divorcee.