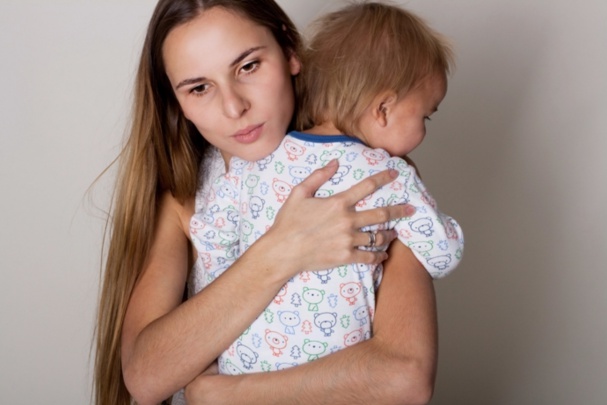 My childhood memories give me chills. I had a terrible childhood with a wicked father and my mom taught us to grow on our own after the demise of our father. I always thought my life would be good later as I had a struggling childhood. I thought I could be happy in life but I guess God has not written happiness in my fate.

I am a 26-year-old woman with a 3-month-old baby boy and spend my time wondering as to what would happen next in my life.

I have been married for three and a half years now. Before marriage, my world meant my mother and sister. I was given all sorts of freedom, I was financially independent and I just began my career when I met my husband. Ours was a love marriage, a fairy tale sorts.

He was the brother to my sister’s friend. He was a handsome hunk and I was beautiful and we eventually fell for each other. He treated me like a queen and gave me all the space that I needed. We never fought about anything and people would envy us, next there was a pressure for marriage from both sides and my husband convinced his family that I was the perfect bahu they were looking for, who would take care of his parents, his sister and her family and do all household chores 24/7.

He wanted me in his life as much as I wanted him, so he convinced his parents and we finally got married. As my mother has been always supportive, there were no such problems from my side.

When I entered my married life with the man of my choice, all my fantasy and dreams turned into a nightmare.

I was treated so badly by my in-laws that I repent every single day for marrying him. I was not allowed to meet my widowed mother frequently while my sister-in-law would stay at our home for four days a week.

They hated me for reasons I didn't know. I guess as I didn’t belong to a financially sound family or if it's because I didn't have my father. The worst days of my life were when I used to lie (which I have to do even now) to meet my own mother and that too at a bus stop or a temple.

After four months of my marriage, I decided to start working again but my decision created havoc in my home because they questioned, who would do all the household chores. But what I feel bad about is that amidst everything my husband remained quiet because he was grateful that his parents agreed for our marriage. After a lot of struggle and with my mother's support, I started working and so they stopped talking to my mother as she supported and helped me to be financially independent.

I am at the peak of my career and doing great as well but now again they don't want me to work. But I have taken the decision of continuing with my job.

I don't like this house, they never accepted me as a family member but always considered me a maid.

I have been humiliated in all possible ways by my in-laws. When I told my husband about the same, he clearly said that he would not move out with me, rather make the things fine. But I  see no hope, this is like an ant hole, the more you dig, the more it comes.

There is no end to my grief. I did everything possible after my marriage and went through all the struggles for my love towards my husband and today he is so clear about his decision that he wouldn't move out with me.

When everybody I know, is living their life the way they want, why should I be the only one compromising and giving up on all my dreams? So I have finally decided that I would move out of this relationship so that I can concentrate on my career and look after my son.

I don’t know how this decision of mine will change my life, but if I have to bring changes in my life, I need to take a stand. I want to be a role model to my son and not just a person who cooks him food and spends rest of the time with a gloomy face.

I have realized that things won’t change unless we make certain changes in life.

For all the men out there, always be by your wife's side because she leaves every relation behind to come to live with you.

Share this story, to spread the thought that a man must understand his wife and be the support system and make the home a comfortable place to live. A girl leaves everything possible in the world only to become a companion in his life, so it is his responsibility to make her feel at home and safe.