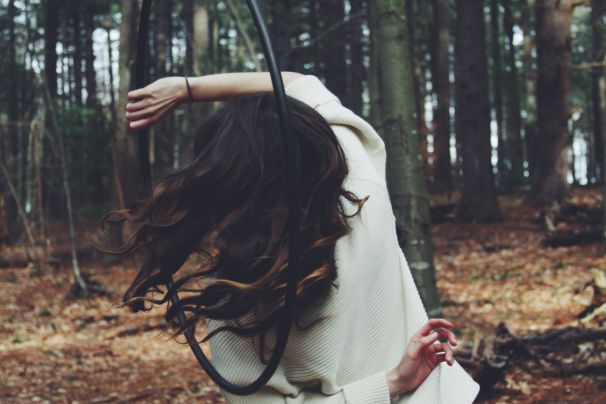 I got married last year. It was an arranged marriage. When the proposal came, I wasn't entirely keen on meeting the guy. However, when I got to know he’s a pass out from my school, I said yes. After meeting him, I agreed to the proposal. We had big roka ceremony. After the roka ceremony, we started meeting every other day. Within those three months of courtship, I got to know that the guy was not even a 9th pass, as claimed by his father and 2 married sisters (his mother is no more). I was heartbroken, I decided to break the alliance, but my family requested me to get married.

During the 3 months of courtship, we had huge fights but again I was told to apologise, by my family due to society’s pressure.

We finally got married and went for our honeymoon. He was always busy doing video calls with his family during our trip (5 hours a day). We had a huge fight during the trip because of this. Things were not smooth from the beginning. His younger sister used to stay at our place for 12 days in a month, and whenever she was here, I was treated like a maid. She would claim a right to the things and presents that my family had given me during the wedding and after marriage. For my birthday, my husband celebrated by calling just hers and my family even though I wanted it to be a private affair, but I adjusted. Then I got to know that I was pregnant, my husband and I were so happy. Since I was suffering from PCOD, we knew that getting pregnant is difficult for me. But by God’s grace, it happened soon enough. But then my actual struggle started. My sister-in-law stayed for 15 days in a month at our place. I was not allowed to go out with my husband alone. Life became miserable. We never spent time with each other after that.

During karwa chauth, I got a stomach infection which was dangerous for the baby. But my husband didn't bother, so I went to my mom’s house and she admitted me.

My husband and in-laws didn’t come to meet me. They said, “you didn’t keep a fast for your husband, you are a liar, and you got admitted by doing drama”, and they even cursed the doctors. I took an emergency off from the hospital and went to my in-laws’ house. Even without it being my fault, I said sorry. But again my husband started misbehaving, which again led me to go back to my family. I stayed there till Diwali. On Diwali, I went back to reconcile. This fight went on until December, and I was six months pregnant then. On 16th of December, my younger sister-in-law came over again, my husband and I were having a few arguments, and she worked like a matchstick. She instigated him to beat me. He kicked my tummy, hit me hard, broke my phone, and went to my parents’ house to abuse them.

To retaliate, I just slapped him hard and locked my room, and then again my family told me to apologise since I was the girl so I was not allowed to raise my hand or voice, even to defend myself from abuse.

My sister-in-law did not come back until January. When she started coming again, I just ignored her. Things were going fine until 15th March. I was admitted to the hospital thrice because my baby was fragile. On 15th March, I was admitted because of labour pain and I gave birth to a premature baby girl weighing just 1.8 gms. I thought now my husband will change, but he didn’t. He would still fight, get hyper, and abuse.

During those 9th months, I did every household chore. And even after the baby, I did for a month.

I didn't even take that 40 days rest. I asked my father-in-law and husband that I wanted to visit my mom’s house for a few days to rest. My husband dropped me here. We had a little argument as he abused my parents and me. And in return, I shut his mouth by saying that he will be dying according to his karma. Now it's been 20 days, he hasn’t called even once and is not even asking about the baby. When I called him 1000 times, he didn’t even pick up the phone once. He said to me, “I don't want to keep any relationship with you or the baby”. The question I want to ask is, “what was the baby's fault or is being a woman a fault in itself?”