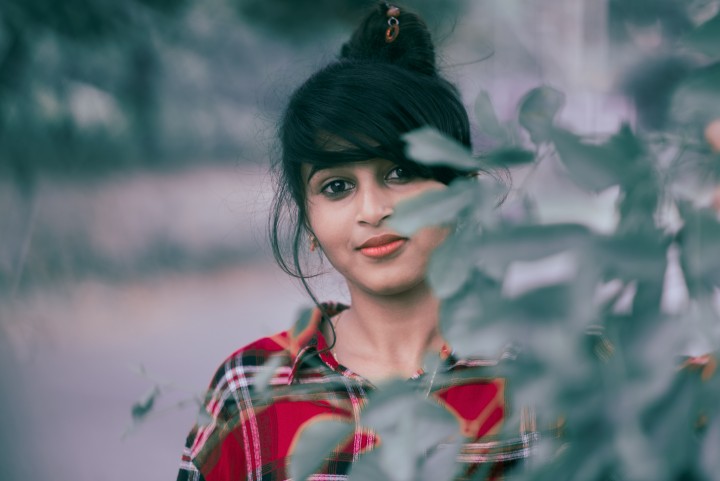 What do you expect from a thirteen year old? Well good at studies. That's it. That's what happens here in India.

I am eighteen today and when I look back at these past years of being a teenager, Man! Life can suck at times and render blemishes for eternity. I am not from a big town of India but I have access to stuff that every teen has in India (not drugs). *wink wink*

I signed up for my Twitter account two years ago and had some International friends. Mainly, I am friends with only one Algerian girl now. Others just went MIA. I guess that's how life works.

Temporary people cross paths with you and make you feel like shit. For a good reason maybe and other times, because they have nothing better to do.

When someone asks me how's life? I just say its good. Well why not? Because I am an Indian? And how are we Indians? We are still living under a patriarchal and conservative society. Once a boy on twitter asked me casually, 'heard a lot about Indians, how is it to be one? How's the life there?'. My response was, 'Being an Indian is amazing dude'.

But what I really wanted to say was, Being Indian is like not living for yourself but for your family, for their dreams, for their honour.

The idea of love, sex and betrayal is considered taboo in India since ages. A widow cannot have sexual desires, you cannot love a boy from another caste let alone marry him and God's watching you if you betray your parents by marrying against their will.

People seem daft to me here with the speed of which my brain works. A sincere question to the so called men a.k.a 'the ones who claim to be the breadwinners’.. Dude, will you guys ever grow up? A woman isn't a shacking up machine.

Being your parents' desires victim isn't really enjoyable to me. Sometimes it feels like, ‘ I shouldn't have said yes to this one' . No one knows, until faced and felt, how it feels to let things go - that you love.

Now here as I sit anticipating about my engineering entrance result, I only wish to go back and turn time to just say 'dad it's not going to work out for me'. The day I cried the most in front of my father was the day of exam because I knew I messed it up.

For me now it is 'F***ing JEE' which I know won't be cleared with a regret that may be if I had gone for Medical I would have never lost 'his' track too. So many regrets, just for a single 'yes' and contentment of my unappreciative father 'the bread winner of the family.'

Well, every Indian girl with a messed up brain and world always has a 'he' around the corner. And why does that happen? When life's all going smooth, a boy has to just pop into the girl's brain just to mess things a little more.

Coming to love, in 18 years of my journey in this heavenly earth of lord almighty I fell in love twice. Once with a celebrity. (Well it doesn't count, does it?)

And the second time with my guy best friend.

Sometimes, it hits me hard that best friends are supposed to know everything and oh how I wish he knew what he meant to me. I was a friend to him, and I don't know when he became my best friend.

I was just another girl in a chaotic world and well he didn't know the position he held in that chaotic world of regrets and happiness caused by him.

The only reason I could go on with the last year of my high school was him. His motivation, his encouragement, his lopsided grin and his eyes which would shine even though he was going through the same feeling I was going through. His dad was just like mine. Well fate wanted us to meet, talk till the wee hours of the morning, and then just make us lose track because we weren't meant to be. It hurts to lose him. It hurts me everyday.

Maybe, I just need to move on with the memories he once gave me to be positive about the future.Maybe I should think that he made me grow, like every cliched Hollywood movie.

With the hope, just with the hope which was gifted by my mom ,"Remember, what's meant to be always finds a way back. Destiny is invincible my dear, no one can take away what you deserve."

May be I am too disturbed and don't deserve him. May be destiny will play its wicked game of 'falling together or falling apart’. Most of the things on my list that an Indian girl wishes to do are either condemned by the parents or the significant other.

If he doesn't understand you, he isn't the one. Trust me he isn't. Though I am just 18, I can talk wise. Talk wise. Another aspect which every male in India thinks isn't programmed inside a woman.

At last to all the Indian men,

Respect her! Love her!

This is dedicated to: Every Indian girl and not every Indian male. My heart goes out to every Indian sister with a typical Indian family. Ever since I turned thirteen, life literally turned upside down.

Sometimes, I read stories by such young women and it touches a chord. This is one of them. Share it to inspire more and more growing Indian women to find a voice of their own. :)

Engineering student for a living! dammit! writer by heart <3