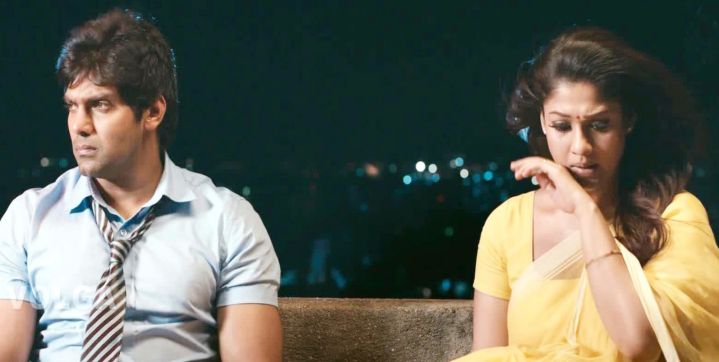 I wish I had a love marriage instead of an arranged one. Maybe then at least, I would have been happier. I would not have been as frustrated as I am. Nothing gives me happiness even if everything goes according to my wish. Perhaps I don't know how to be happy anymore.

In my 11th standard, I had moved from an all-girls school to a co-ed college. I was excited about being in a new environment and in it, I fell for someone. It was kind of 'Love at first sight', but deep down I knew it would not work out, because just like any other Indian girl would fear, my parents wouldn't agree to an inter-caste marriage.

I somehow managed to get over my feelings for this boy and moved on with my life. But life, bloody life, had different plans for me. It turns out, he also had feelings for me. But we were teenagers in our 'phase'. We spoke to each other here and there and simply remained friends.

As far as my conservative family was concerned, having a male friend was a crime. So even our friendship was a secret, known only to a few close friends.

As we finished our 12th standard, we joined engineering and moved to different cities. That was way back in 2002 and I still wonder how we managed to keep in touch without mobile phones. We did communicate extensively through e-mails and spoke to each other until we finished engineering and were placed in MNCs. And by then, we also had mobile phones.

Thanks to mobile technology, our friendship grew to another level. We started talking more, and after 6 more years of talking and growing as friends, he proposed to me. It made me feel very special and very bothered at the same time because, surprise-surprise! My parents wouldn't agree for an inter-caste marriage.

But I couldn't stop myself from loving him back. I made him understand my situation and had him promise me that he would not force me to "convince" my parents. That, right there, was the biggest mistake of my life.

For two years, we had a loving and steady relationship. And then, my parents started looking for a groom for me. I was shattered.

I neither had the will to leave him or the courage to speak to my parents. I tried telling my brother and sister, but they couldn't help me much. He spoke to his parents but we had no hope that they would agree. Neither of us were brave enough to convince our families.

Finally, I said we should break-up. He didn't agree, but we didn't have an option. We had to move on.

I pushed myself to finally settle for someone after rejecting 12 alliances. I thought things would become normal after that. But I was mistaken, and made another mistake.

Once the marriage was finalized, I devoted myself completely to this new relationship. Falling in love again is difficult but I intended to live a good and happy life. In return, life laughed on my face.

This man, the one I tried so hard to love, was innocent to look at but became dominating as time passed. I had to tell him each and every thing. I had to take permission for the smallest of things. If he heard something in the background when he called me, I had to tell him where I was and with whom. My friend was getting engaged, but I was not "allowed" to attend it.

Life was a mess. I thought I was being punished for having a relationship before marriage, and I continued blaming myself for everything. I was already sad after the breakup, but my fiancé's behaviour made me depressed.

I was depressed and I didn't realize that he was wrong. I should have told my parents and cancelled the wedding but all I did was blame myself and cry all night. Normal people feel butterflies and enjoy their engagement period. Mine was just hell and I still regret every minute of it. He kept inquiring about my friends, my male friends especially, and asked me not to talk to them any more. At some point of time, I was convinced that he knew about my past, and that was why he was behaving that was. I cursed myself for the misery I had brought over my head.

I married him in that state of mind. I had resigned from my job and I was sitting at home, reporting every minute of my day to him. The first six months were hell. We had huge fights and nothing seemed to be right. The worst part is, I didn't realize he was wrong.

Few days later, I got to know that my husband was first engaged to another girl and she eloped with her boyfriend before the marriage. This was the reason he doubted me and made my life hell. But somewhere in my heart I felt relieved that at least I knew the reason for his behavior.

From then on, I made my husband realize that I was not like the other girl and somehow saved our marriage. It took a few more months for things to get back to normal.

I have struggled to sustain this arranged marriage for so many years now. It has been 8 years and we are kind of happy but there is no real love. That intense first-true-love is missing from our relationship. Our foundation is not strong and we have fights and misunderstandings all the time.

But we remain husband and wife, and our love has to be arranged everyday.

Share this story because people should never settle helplessly.