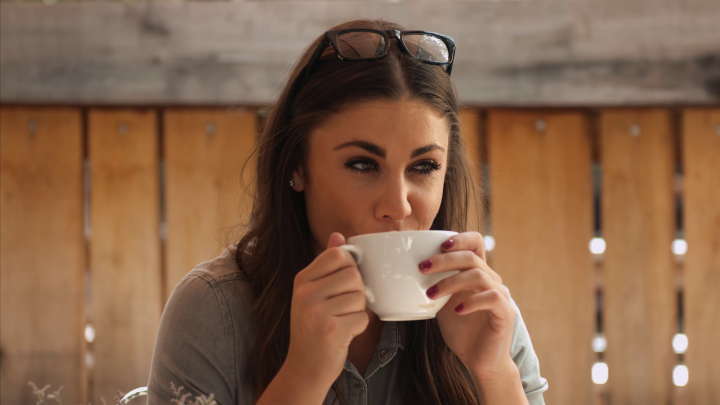 I am a twenty-eight-year-old working woman who is still single. I lead a pretty monotonous life with my job taking precedence over everything else. My marriage has always remained an interesting topic of discussion at home. Like every other Hindu girl, I too am embroiled in the arranged marriage setup. My parents are frantically looking out for a suitable match for me. They are anxious to see their daughter settle down in life as soon as possible. Perhaps they are getting unduly pressurized by our other family members and the society that we live in. This seems to be taking a toll on their senses and state of mind. I could clearly see this so I had to give in to their demands. I wanted to relieve them of the anxiety that was plaguing them constantly.

So all my weekends were now reserved for meeting ‘suitable’ prospects.

I felt like I was being subjected to endless rounds of mockery and humiliation.

At such times I would start pondering over several things. I had studied and worked very hard to come so far ahead in my life. And this was the level that people were bringing me down to.

Suddenly I had become a ‘thing’ that my family members boasted about.

I felt as if they were ‘marketing' me with great enthusiasm. It was as if I was just waiting in a market for suitors to come and pick me up so that they could adorn their so-called homes. I found the entire process ridiculous.

Despite facing all this, I readied myself to meet another guy at moment’s notice. I waited for them with a stable mind and was completely relaxed till they came. Both families started chatting cheerfully. I could sense an air of comfort while interacting with them. Then the seniors intervened and asked us to chat with each other.

He initiated the conversation. We exchanged basic information about each other. I just kept adding to whatever he was saying. I was meeting a total stranger for the first time and I was disclosing our lifestyle and all my traits to him so candidly.

I found all this very demeaning and ironical.

But I knew I had to do all this because we were Hindus and had to follow the concept of arranged marriages.

I was neither excited nor curious to know him.

Perhaps this was happening because I was not really prepared for this interaction. But as the conversation deepened we realized that we had several common interests and beliefs.  I was amazed and perplexed at the same time.

I felt I had zeroed in on the connection that I had been looking for.

If I have to put it in layman’s terms I would say ‘we clicked.’ We exchanged our numbers within a couple of days. We chatted and explored each other’s interests etc. We tried to be nice to each other and even giggled over the phone. Then we decided to meet in person again. We met and spent the entire day in each other’s company. It was a very agreeable and pleasant day indeed.

There was an air of assurance around us. I got the feeling that he was not the kind of person who would retreat on his commitment to me.

At least it appeared like that to me at that time. He said he was an easy-going fellow who had a philanthropic and philosophical bent of mind.

Maybe he was just using a slew of qualities to capture the attention of a prospective partner.

I wondered about this briefly but then decided to keep my negativity in check. When the meeting came to an end it seemed that an alliance was likely to materialize in the near future. I could see it in his eyes. I was happy to note that I mattered to him. It was a different thing that nobody bothered to find out what I thought of him.  We live in a society where a “Yes” from a guy means the world to a girl’s family.

Sometimes I found the whole thing nonsensical. But then nobody really cared about what I thought anyway.

We chatted again and met again a couple of times. I was partially convinced that he was prepared to face the facts related to my life.

Hiding things has never been my cup of tea. So I just casually blurted out the truth to him.

I told him about all the personal issues that were plaguing my life till then. I somehow thought that he would understand all these things.

I know I did the right thing by being totally honest with him because the very next minute all his assurances and promises disappeared into thin air.

Suddenly all his firm decisions gave way to indecisiveness. Then slowly all his affirmations started becoming negative. It looked as if he was standing on shaky ground and he was struggling to find his balance. I knew my brutal honesty would have an impact on him. But I had not expected this kind of a sudden transformation in his behaviour.

I don’t know what the world calls this kind of behaviour. But I call it hypocrisy. I think such people are intimidated by their own beliefs and values.

So now, I saw all his self-confessed wisdom disappearing into thin air. He was now doing his best to avoid the situation. Maybe only he knew what was going on in his mind at that time.

But he did not realize that it was evident on his face and in his actions.

He thought he was duping me. And I wanted to tell him that he was duping only himself. I had hoped that he would tell me to be myself. These are the nicest words that any woman would love to hear from a man. I would have been enthralled to meet a man who believes in what he says and acts accordingly. I would love to be with a man who remains true to himself.

I don’t regret being brutally honest with him. I am still single. But I believe that I am living a meaningful life.

It’s true when people say, “Sometimes people don’t want to listen to the truth because they don’t want their illusions to be destroyed.” I still believe that I will walk through my life being honest with myself. I think only if we are honest we will be happy and contented.

I also wish all those hypocrites all the very best. Juggling your different roles must be a tough deal but I admire your resolve for doing this. But please never ever hurt an honest soul.

I am still hopeful of finding a like-minded person. I am just keeping my fingers crossed.

We play different roles in different relationships. The equation we share with each person varies. We can be extremely frank with people we are very close to.  Yet with others, we do exactly what they expect because it is easier. Maybe we do this because we cannot opt out of some relationships and we value our peace of mind. Do share this story because some people prefer to focus on the quality of their lives instead of shattering other people’s illusions.