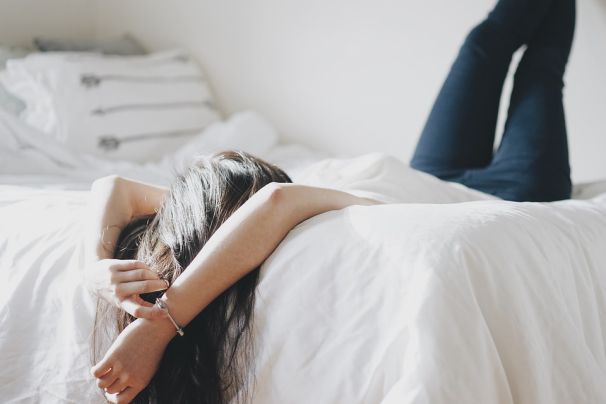 I got married in 2016. It was a lavish wedding. I'm the only child and so is my husband and everyone thought that we were made for each other. But as it turns out, it's been almost a year and a half and he hasn't even kissed me yet.

We have never had sex!

I have confessed this to my parents a month after my wedding but they didn't believe it. And I don't blame them because it's a sensitive and strange issue for parents, especially when coming from a conservative family. So, the days passed by, we had arguments, families met up, one blamed another.

I finally gave up and even got my virginity test done in spite of knowing it is against law and knowing it was not something I wanted. Yet, people believed the man when he said, “She is rude and I'm scared to go close to her”.

I've always been a people's person and not a single person in my entire 26 years of existence has said this about me. I still took all that, our families asked me to give it a try and I tried 4-5 times to stay with him after really nasty fights, not for myself but for my parents. I knew this was important to them and I was okay to comprise but right now after so much I realized that I can't do this anymore. Even today, they say I should try more and maybe he is shy or he just needs time. But I know that he is probably gay (I read a few messages of his to his friend) or may be an asexual. Either way, I can't live in a marriage like this. Whether we admit it or not, the world runs on sex.

So, why should I give up on that to please (pun seriously not intended) someone else? Is it too much to ask?

Amidst all this crap, I was mentally affected big time. I now have high BP, I am in depression, I have anxiety attacks, I'm lost in my own thoughts, I cry most of the time, I drink and smoke like there is no tomorrow, I overeat and have put on 10 kgs, I don't work out anymore, I have no zeal to live at all. Not to mention, the high suicidal tendencies. My parents, sadly just like any other set of parents, are concerned about “what next”, “what will the society think”, “maybe you can work it out”.

But as for me, I think I can live a much better and longer life without him. It's so complicated and I would just do anything to get out of this. I regret being born in the Indian society which talks about modernization but is narrow-minded and thinks that a divorced woman can't live happily. As for my husband (I refuse to call him that) says, “I have no issue. Sex will eventually happen”.

I would like to say “F*** off as I haven't got f***ed in one and half year of my marriage” to the society, Indians, my family and his.

It would be great if someone could give me legal advice as what I can do about this going forward. This thing is killing me a little every day.