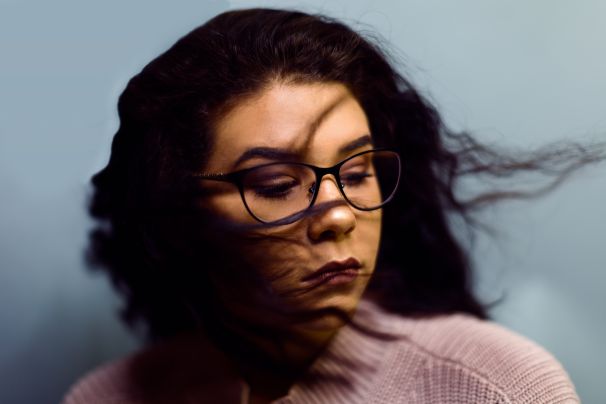 This is my story. It’s not a conventional one, there’s no good girl, or bad boy or even a bad girl or a good boy here. This story is simply about a 26-year-old, independent woman who wears high powered spectacles and is ready to get married.

I run my own business, and my parents have decided that it’s time to find me a man who respects me, loves me and matches our values and beliefs.

While searching for suitable grooms, I stumbled upon this family from Australia. His father sent me an email and asked me to put him in touch with someone who could take this conversation forward.

I told him that he was speaking to the right person as who would understand my needs better than me? And besides, ultimately, this was going to be my decision.

He was hesitant at first, but he and his wife called me on a video chat soon after.

His wife was sitting beside him and I was on the other side of the camera, in my office.

He began, “We’re a traditional South Indian family with moderate values… Our son is very intelligent, is a software engineer and earns a six-figure salary annually. We believe he’s truly very good looking and he definitely only deserves the best!”

I was about to reply, “Well, doesn’t everyone deserve the best?” but decided to bite my tongue, for now.

I asked them to show me their son’s picture, but they refused as they wanted to match our horoscopes first and only then take things forward. Being from a traditional home myself, I understood this and agreed. Before hanging up, I told them about my impaired vision and my inability to drive because of it. They were impressed with my honesty and I felt good about this. The call ended on a positive note and I decided to ignore their obsession with their son and give them the benefit of the doubt here.

And then I got a text message from them which changed my entire opinion, “It was great speaking to you. Could you please send us your medical reports which highlight this disease?”

I froze. Firstly, having an impaired vision is NOT a disease, but a disability. I was offended by this text and discussed this with my family immediately.

After a long conversation, we decided that we should send them the reports, so they’re satisfied. A second message comes from their side, “Thank you for sharing this. But the report is not clear… is this disease hereditary?”

My mom told me not to calm down and not reply in anger.

Having a problem with my vision is not something that I got, like an STD. I was born with a disability. Once again, I maintained my calm and replied, “No.”

To which they replied, “We’ll share your reports with our doctor and then talk to our son. Once he agrees, we’ll share your details with him and you two can talk about the rest.”

I told them that was fine and was just about to toss my phone aside, assuming this horrid conversation was over, when I got another text from them, “Could you tell us why your WhatsApp display picture has an image of you without glasses, especially when you have such a high power?”

At this point, I lost my cool.

My WhatsApp picture is my business. Whether I chose to click a picture without glasses or with my glasses, I am not answerable to a single soul on this planet for it. And so that’s when I snapped and replied, “I don’t wear glasses in photos because I DON’T LIKE to and I guess you shouldn’t have a problem with this or do you? You are the father of a daughter too, please only ask me questions that you would want someone to ask your daughter!”

I hit send and then sent another text to them, “Also, please understand that there is a difference between a disease and a disability. A disability is what I have and a disease is what YOU have. The disease of being narrow-minded! Please feel free to get my medical reports checked, but I don’t think your PERFECT son needs an IMPERFECT bride like me. And since you’re going to the doctor for this, get yourselves checked too. I want to know if your DISEASE is hereditary too!”

As you probably guessed, this was the last conversation between us.

I agree that I probably was rude and my texts were in no way subtle. But I don’t think they would have understood any other language here.

I am not seeking a “perfect” husband, but one who knows how to respect and accept life, in all it’s perfect and imperfect ways.

I want to question society, if your near and dear ones meet with an accident tomorrow, one that leaves them disabled or permanently injured, would you simply leave them? It’s time to look beyond our perceptions of people and start focusing on people for who they are.

Share this story, because life isn't perfect, but neither are we.