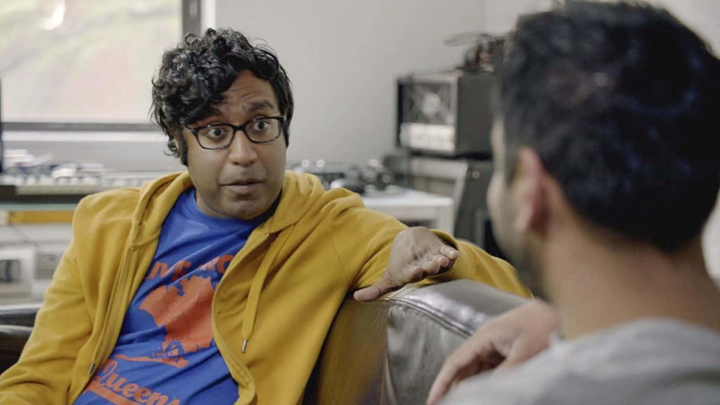 If we live in a backward, conservative society, it will surely affect our overall personality.

We will then refuse to focus on the other person’s point of view because we wish to adhere strictly to our own ideology and thoughts.

We will then act in an illogical manner everywhere – be it our personal or our social life. There are many atheists in the countries that belong to the third world. Such people do not think logically.

But we need to be logical and flexible enough to change our thinking according to the situation.

Atheism has always been accepted in Hinduism. It is accepted even today. In the Ramayana, Rama strongly condemns atheism. But Jabali, a self-proclaimed nastik, was a part of the council of ministers in his father Dasharatha’s court. We can therefore safely conclude that atheists always enjoyed the same privileges as the religious people even in the ancient times. My observations say that atheists have always been accepted and respected in our socio-cultural atmosphere.

Atheists have never been discriminated by the followers of other religions in my land.

The Indian Government recognizes Buddhism as a religion. But the Hindu orthodoxy considers Buddhism as a form of atheism. Buddhism, however, continues to enjoy the privileges of secularism and religious tolerance under the provision of law.

But nowadays, atheism has turned into a religion by itself in third world countries like India and Bangladesh. In a country like Bangladesh, where politics and religion walk hand in hand, the practice of atheism is prohibited. In such a scenario, we can try to understand the predicament of an atheist.

That does not give an atheist the moral permission to think and act illogically. That would be akin to showing disrespect to religious people for being religious.

That is what the atheists of the third world seem to be doing right now. Not all religious people are religious bigots. They continue to believe in God and do good work in order to get God’s blessings. With the passage of time, social service becomes ingrained in their nature and they become valuable social beings. Mahatma Gandhi and Mother Teresa served mankind but were religious people too.

I am an Assamese, so I do know about the contribution of Sankardeva, the great scholar who reformed our society. This great guru built a strong foundation of literature and culture which helped create a civilized community.

If the society starts accepting him as a religious guru, then it is a problem created by that society.

How can we put aside all our religious books on Hinduism which have such a high literary value? Human beings have always had the need of a good friend or a support system. But human nature does not allow us to have complete faith in another human being too. The concept of ‘God’ has perhaps started from that need and maybe it slowly transformed itself into religion.

We feel that our imaginary friend, God, will fulfil the need of a true friend. But whether we need this friend or not is actually a completely personal choice.

If we really believe in liberalism, we cannot interfere with another person’s personal choices.

But if a person or a community uses the concept of God/religion to harm another person or community, it means we are giving him/them the right to interfere.

It is at such times that we need to rise collectively and point out their mistakes. But do we have the right to impose our thoughts and ideas on them? And if atheists attempt to do so -  what then is the difference between an atheist and a fundamentalist?

Atheism has not taught me to hate religious people. As an atheist, I just deny the existence of God and I don’t feel the need of religion.

The whole game is played by a portion. They are using these factors as weapons and are using religion to gain power and money. These people are fascists by nature and find happiness in destruction. The point that I want to make here is that – when ‘atheism’ starts working like another religion, it becomes easier for this portion to play their game successfully.

I am an atheist and I like to logically analyze such subjects. That is all. Just because I am an atheist it does not mean I am better than a religious person. We all need different qualities to become good human beings.

So dear atheists of the third world; don’t make atheism into another religion. We already have many existing religions.

Let us concentrate on making good use of our religion and ensure that it treats the root of our problems.

Religion can be practised inside the house too and we can ensure that all the harmful aspects are put aside. It can be used tactfully for bringing about some good in our society just as it can be used for doing evil things if we decide to do so. But above all, when religion ignores science and enters into politics, it becomes ‘terror’.

So let’s just spread the logical thoughts alone and not create hatred amongst our brethren.

If you really want to be a part of the first world, expand your mental horizons, think logically and learn to practice liberalism in the real sense.

He, She, It, Within, Without, Here, There, Everywhere and Nowhere – who has ever been able to define and confine God? We do not even know if he exists. But like this intelligent gentleman says, we should stop fighting in the name of God. Share this thoughtful story because such profound insights can really help create a peace-filled world.

A free thinker, an animal right activist and a Writer from Guwahati,Assam. Secretary of Avinava Prayash, an organization that works for animal right , woman empowerment and child development.