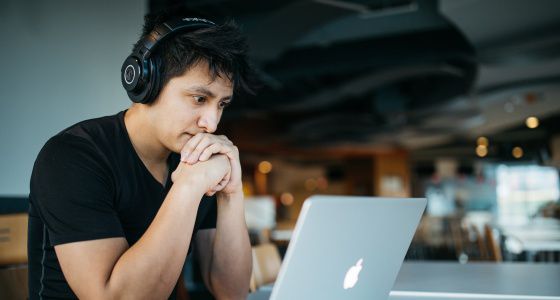 It would tell you about the bat, it's making process and specifications. It would give you information about the stumps, the kit bag, the helmet etc. Lastly, it would introduce you to the different kind of shots that were applied in batting during the British era. Then, you'd be asked to memorize everything.

Basically, everything worthless would be taught to you except how to actually bat, ball or field.

Then there would be a written test where everyone will have to mug up all the data and present it on paper. The top batsmen and bowlers will be selected on the basis of their marks (It may include caste-based reservation too) and put on different teams.

And suddenly, you will be thrown in the middle of the field and asked to face the ball. This is how our education system works.

Every art should be learned in its own way; singing through singing, swimming by actually swimming and so on. Yes, we need to learn the different notes, raags, and taal but we have to apply them by singing and not just memorizing. However, those running the education system are too dumb to understand this.

They think that education is all about writing exams and scoring marks; they call it the "formal way of learning".

I could instantly add or multiply two-digit numbers in my brain without having to count on my fingers or blabber tables while the others couldn't do it at all.

I did not consider myself a genius; I just thought that the others were pretty dumb.

I had this hunger to learn, understand, explore and build. It was my definition of real fun while the others had a fetish for "marks”. Life was perfect. I was a topper who never read a page twice yet scored perfect marks. But as I advanced to higher grades, I couldn't keep up with the hard muggers.

The ones who didn’t understand a single word of the textbook but reproduced it like a photocopy in the exams.

I never believed in the concept of mugging. I continued my way of learning and though I was not a topper anymore, I was still considered a genius in the class. I was fine with not topping the exams because gaining true knowledge was my main motto.

I started hating our education system, as it could not satisfy my hunger for learning.

Also, there was no YouTube back then nor was the Internet easily available. Science experiments were given as text with no practical experiments. I was fascinated by space, the various galaxies, and black holes but our textbooks never went beyond the 9 planets of our solar system. Our syllabus was old and outdated.

My mom would tell me that as I went to higher grades, I would get access to more knowledge. Till then, I had to make peace with the education system.

One day, my brother bought a new touchscreen phone. I had heard about it and seen it on TV but it was the first time that I actually touched one.

I was star-struck; I was completely fascinated by the device and instantly fell in love with it. I said, "I want to build such gadgets." (Doraemon, the cartoon series, also had a good impact on me). My brother told me that these gadgets were built by electronic engineers.

In that split second, this 7th-grade boy decided to become an electronic engineer. It was the dream of my life.

When I was in 9th grade, I was chosen to take part in a state level exhibition for school students. I was still considered a genius but now I was a genius with poor scores. The exhibition was held at a local engineering college and while I was taking a tour of the college, I saw classrooms and wondered.

"Why do engineering colleges need classrooms? They build machines and should only have labs." I was so unaware back then!

I passed class 10 and scored 85%. Class 11 and 12 were also about mugging formulas and writing exams. We were expected to memorize the formulas and shortcuts to write competitive exams.

If I asked my lecturers how we arrived at a particular shortcut, they had no clue even though they were the so-called brightest minds of IIT coaching institutes.

Labs in 11 and 12 were good for nothing. I stuck to my method of learning by understanding concepts. Sadly, I couldn't keep up with the competition. I couldn't score well in the theory exams, as I couldn't mug up random data.

I scored well in the competitive exams but it wasn’t enough to beat the muggers.

I had a mountain of expectations from engineering colleges and hoped that the learning system would be better where people were appreciated for their knowledge and brains.

But the situation was far worse. We had 6 theory subjects and two practical ones, which were complete disasters. They were not skill building labs and just had wires connected to electrical boards and some glowing LED experiments, which could be performed by school kids.

The curriculum was hopeless! We were taught about 8085 microprocessors, which were used in the 1980s. They showed us how to program it but it was nothing fancy, as we could only use it for addition and subtraction.

We weren’t skilled enough to even feed written code into the processor.

And we're expected to build projects on our own! The exams were much worse as we were asked to mug up useless formulas and derivations and present them in the papers by way of a speed writing competition. If you couldn’t fill pages fast enough, you were not a good engineer.

How could they gauge an engineer's ability by his mugging and writing skills?

I wondered if I would ever learn to make actual machines. Would I be able to at least make a robot toy? All these questions started haunting me. And at every point, the system’s only response was, “no!”

But I still followed my way of learning. I started building projects on my own. They were minor ones but they helped me understand concepts. However, my marks kept falling, as I couldn't keep up with the academics.

Eventually, I failed in 4 subjects. While clearing those backlogs, I failed in more subjects in the next semester and the cycle continued. I was completely depressed with the state of my education. I would sit alone in the room and cry for hours.

I thought of dropping out of college but I was no Zuckerberg and this was not the USA. I belonged to a middle-class family and I had to earn after engineering.

Things became so bad that I was at a risk of losing a year but somehow, I managed to clear my backlogs. By then, I began doubting my beliefs and myself.

I thought that I was wrong and the system had been right all along. I was just being too stubborn to accept it.

I needed something to tell me the right answer. I was in the final year and decided that campus placements would show me if I was right or wrong. Unfortunately, most of the companies had cut-offs that were way higher than my score.

Ultimately, I was able to attend interviews in two companies that were new low-paying recruiters. But I topped the aptitude round in both the places. The toppers of our institute were not even close to my score, and I was placed in both the companies.

But it still didn't tell me anything about the correctness of my path because even dumb brats were placed with me.

I needed a better answer to clear my doubts. Then I decided to take the ultimate test; the epitome of success for an engineering student - the "GATE 2017" exam.

The catch was that I decided to test myself by not preparing for the exam at all.

I chose to give the exam purely to test the knowledge that I'd gained through my way of learning. I did not know the exam pattern till I had the mouse in my hand during the exam. The results came after 3 weeks. Guess what?

Only two people cleared the exam in my entire college. One of the students belonged to the reservation category and cleared even after securing low marks. The only other person to clear the exam was me!

Not only did I clear the exam, I got a good score and an all India rank of 8468 out of 13 lakh students without a single minute of preparation.

The score was not enough to get me into IIT or NIT but it would get me into any other top college in the country. Moreover, it proved my primary purpose of taking the exam.

Tears of joy filled my eyes because I was happy that my way of learning, which I'd followed by standing against the system was not wrong. Finally, I was right.

Now I'm planning to continue my learning in my Master’s program where I wish to concentrate on research and projects and grow better with time.

Do share this story if you agree that it's high time that our education system focuses on knowledge rather than marks.